Two women say Sheriff Jewell Williams tried to kiss them in his office. Another claims he made a remark about the size of his genitals. 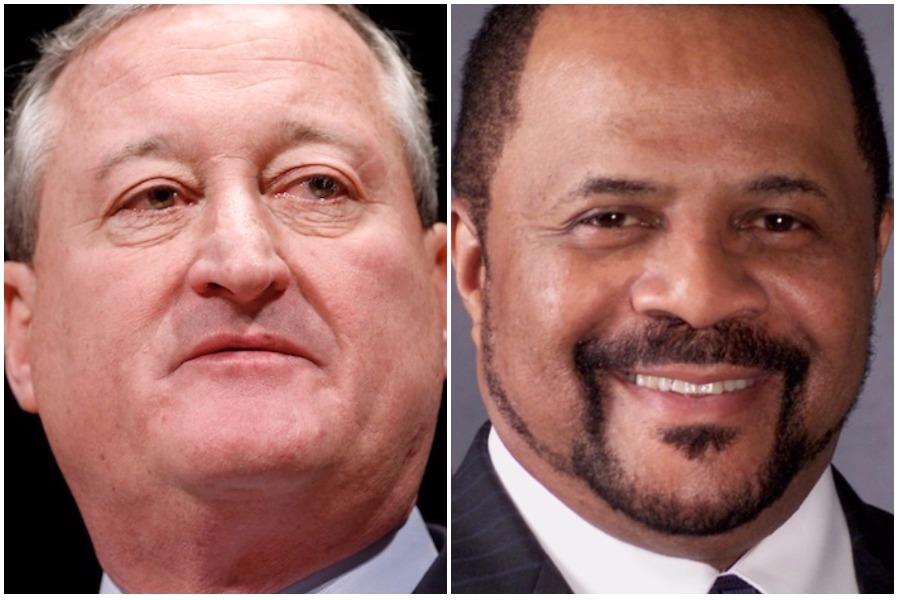 The mayor of Philadelphia says Sheriff Jewell Williams should resign after three current and former employees have accused him of sexual harassment.

“I think he should step down,” Mayor Jim Kenney told Philly Mag. “Three women have come forward, and one was paid a significant sum to settle her claim just a few years ago.”

Asked to respond to Kenney’s remarks, Williams’ office said in a statement that “the judicial process must be allowed to take its due course” and that the sheriff is “confident he will be completely vindicated.”

Kenney’s rebuke of Williams, which was issued in response to questions by the magazine about the allegations, including whether the sheriff should leave his post, appears to be the strongest such statement issued by a local elected Democrat. U.S. Rep Bob Brady, leader of Philadelphia’s Democratic Party, told WHYY that he is taking a wait-and-see approach: “They are allegations, we hope the allegations are false, and if they become true, we have to make to a decision. But the time to make a decision is not right now.”

Last month, 40-year-old administrative assistant Vanessa Bines claimed in a federal lawsuit that Williams had harassed her for two years, making a comment about the size of his genitals and inviting her to pricey meals. When she reported Williams’ actions to city and federal officials, she said, he retaliated against her. Her suit also alleged that Williams began “monitoring [Bines] more closely than any other employee” after he learned that she was dating his driver.

In a statement about Bines’ complaint, which was first reported by the Inquirer and Daily News, Williams said he “categorically, and in the strongest possible fashion, denies” the allegations.

On Tuesday, the same newspapers reported that another woman, former Sheriff’s Office employee Marlaina Williams, had accused Williams of sexual harassment. In a complaint filed with the Equal Employment Opportunity Commission, she alleged that Williams repeatedly attempted to kiss her in his office and harassed her when he found out that she was dating a coworker, making comments like, “I haven’t had sex in two years, so if I’m not happy no one’s gonna be happy.” Her lawyer said a federal lawsuit should be forthcoming.

Sheriff Williams denied this woman’s allegations as well, saying they “are without merit.”

Also this week, the Pennsylvania House Democrats admitted that they paid $30,000 to settle a 2011 lawsuit accusing Williams of sexual harassment when he was a state lawmaker. The former employee alleged that Williams tried to kiss her in his office and invited her on trips. Williams declined to comment on that settlement to the Inquirer and Daily News.

City Controller-elect Rebecca Rhynhart said on Tuesday that she would conduct a “detailed audit” of the Sheriff’s Office next year. She did not respond directly to Philly Mag’s question of whether Williams should resign. “I think that there should be a process to review the claims of harassment, such as an outside investigator experienced in workplace investigations brought in to evaluate the claims promptly,” she said. “Victims should be believed and too often in society they are not. It is the responsibility of government leaders to ensure that the workplace is free from harassment.”

Kenney also said that “anytime a pattern of sexual harassment is revealed, it’s smart practice for that organization to review its policies and make any necessary changes.”

With reporting by Claire Sasko.