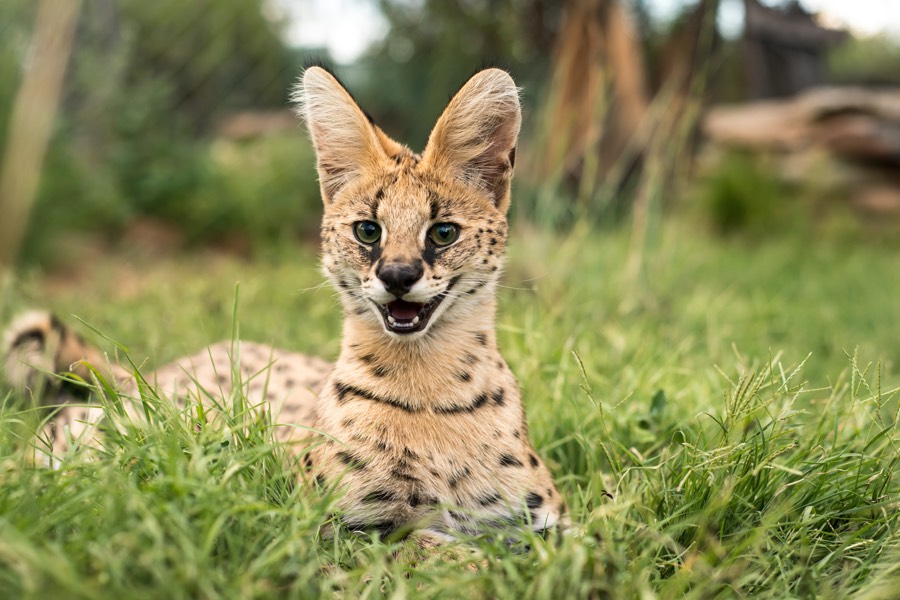 A serval in its natural habitat. istockphoto.com

You have to wonder what the police in Reading thought when the call came in that a cheetah — a cheetah! — was running loose through the streets of their city. After all, those big cats are native to Africa, not Berks County.

Right continent, wrong species, as it turned out.

The sleek, long-legged creature taken into custody by animal control officers turned out to be a serval—and worth as much as $30,000 on the black cat market, according to officials at the Animal Rescue League of Berks County, which wound up housing the estimated one-to-two-year-old female.

Alas, don’t bother calling to adopt her. It’s illegal to possess one of these lovely felines in Pennsylvania without a special license—though, interestingly, it is legal to possess the offspring of a serval and a house cat, a hybrid known as a savannah cat. The Animal Rescue League theorizes the declawed female was intended for breeding purposes. Trouble is, servals, which can weigh to up to 30 pounds when mature, can’t get by with a scratching post and a couple cans of Friskies; they require lots of exercise and a special diet to thrive. That’s what Reading’s pretty kitty will be receiving via the big-cat animal rescue organization that took her off Reading’s hands. The ARL’s interim executive director, Tom Hubric, admits it was fun while it lasted; the serval was “just a magnificent animal, and she’s captivated everyone who has seen her,” he told the Reading Eagle, “and we’ve just been honored to have the time we had with her.”