Former teammates and famous fans react to the sudden passing of the Phillies star. 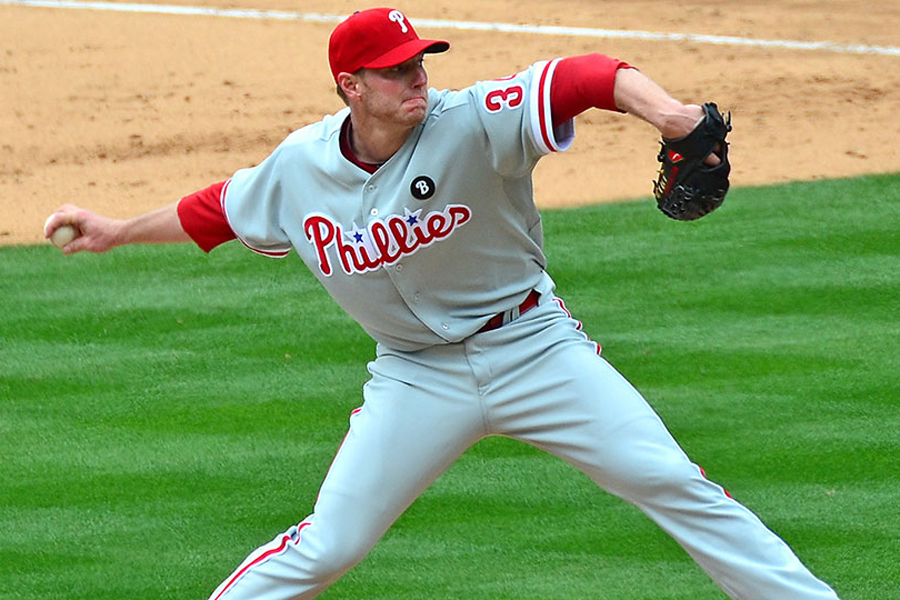 The unexpected death of former Phillies pitcher Roy Halladay on Tuesday sent shockwaves throughout Philadelphia, the entire baseball community and all of those whose lives were touched by “Doc” one way or another. The 40-year-old Colorado native was killed when his single-engine light aircraft crashed into the Gulf of Mexico, approximately 10 miles off the coast of St. Petersburg, Florida.

Many ex-teammates and famous fans took to social media to pay their respects to Halladay – both as a fierce competitor on the field and a man beloved by all off it. Here’s a sampling of reactions to Halladay’s untimely death:

By far the fiercest teammates I have ever been around with a heart of CHAMPION…sad we never got to win one together but will never forget this great night!!! Blessed to have been on the field to witness…Miss ya Brother https://t.co/W7t9CI14i0

Such a sad day. We lost a great ball player but an even better human being. Many prayers to Brandy, Ryan, & Brayden. We will miss you Roy.

I’m stunned to silence over the news of Roy Halladay. My thoughts and heart are with Brandy and the boys. Rest In Peace my friend.

Heart broken- Roy was always the guy I looked up to in little league, in high school, in the bigs. So lucky to have been his teammate. Incredible husband, incredible dad, we will miss you Doc!

My heart hurts writing this. I can still remember the first day we met. It was 5:45am on the first day of spring training when I arrived. He was finishing his breakfast but his clothes were soaking wet. I asked if it was raining when he got in. He laughed and said “No I just finished my workout” I knew right then- he was the real deal. Thank you Roy for allowing us to witness what it takes to be the best. We will all miss you.

God damn't, No! Roy Halladay, one of the most dominant pitchers to ever toe the rubber and always generous to his legion of fans. RIP

Our deepest sympathies to the Halladay family for the passing of a great Hall of Famer, father and man.

Roy Halladay was an exceptional athlete and a true gentleman. My thoughts are with his family. RIP Doc.

Saddened by the loss of fmr @Phillies star Roy Halladay. He shined on and off the field. We mourn alongside his family, teammates and fans. https://t.co/eBrxIDIJtb