Ashley Bennett, a 32-year-old political newcomer, decided to run against Freeholder John Carman after he posted a photo asking if the protest would “be over in time for them to cook dinner.” 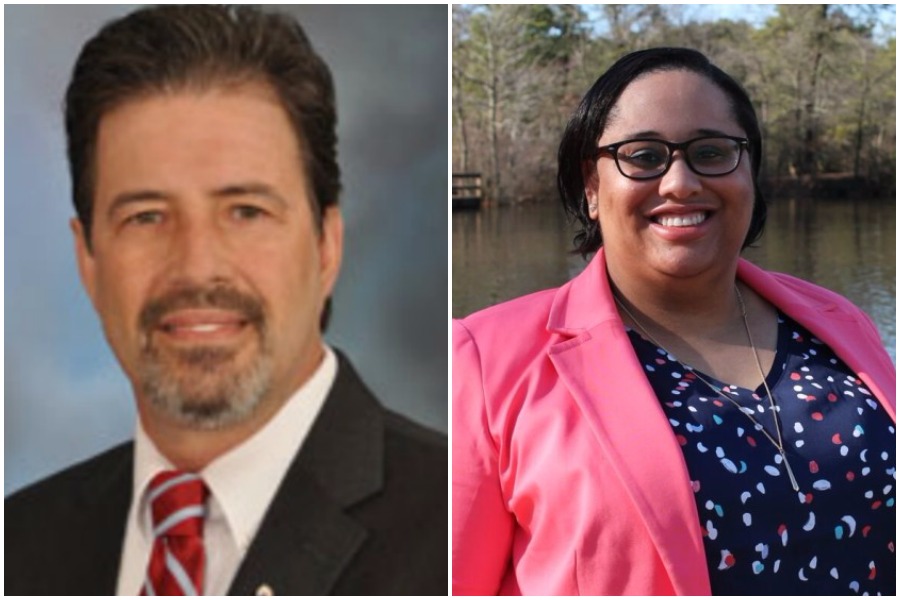 An Atlantic County official known for mocking the January 2017 Women’s March on Facebook was defeated by a woman on Tuesday.

Republican Freeholder John Carman, the same guy who was spotted wearing a Confederate flag patch shaped like the state of New Jersey, will give up his seat to Ashley Bennett, a 32-year-old political newcomer who ran to unseat him after she saw sexist memes he had posted.

The memes, which landed Carman in hot water, included a photo of a woman cooking with a caption asking “Will the women’s protest be over in time for them to cook dinner?” as well as an image with a caption that said “There must be a large sandwich making class going on in DC today.”

At the time, Carman said he was joking – but the damage was done. Bennett, a psychiatric emergency screener and an Egg Harbor Township Democrat, was one of several women who confronted Carman over the photos at a freeholder meeting in January, per Philly.com. At the meeting, Carman refused to apologize and instead praised “the women I’m surrounded by, my family, my friends, my colleagues” who he called “strong, confident women” who “didn’t get offended by this.”

Women walk out of meeting after freeholder declines to apologize, praises own relatives for not being easily offended. pic.twitter.com/KEcGVJGYRH

Bennett, like other women, walked out of the meeting. Then she did decided to run against Carman, who’s held the 3rd District seat since 2014. Her campaign gained support and attention around the country, including from The Nation and Joan Walsh of MSNBC, who included Bennett’s story in a segment titled “The ‘Trump Effect’ Is Getting Women to Run for Office.”

According to the Press of Atlantic City, Bennett secured 52 percent of the vote on Tuesday.

“People want change,” Bennett told Philly.com after the win. “I am beyond speechless and incredibly grateful to serve my community. I never [imagined] I would run for office.”

Bennett’s story is quickly spreading – including to the organizers of the Women’s March, who tweeted about her on Wednesday.

Ashley Bennett, who showed up at an Atlantic County Freeholder’s meeting to protest comments made by Freeholder John Carman mocking the Women’s March, and then decided to run for his seat, knocked Carman off the board on Tuesday. Congrats Ashley!https://t.co/LmlnCfKP7f

32-year old Democrat Ashley Bennett was angered by the remark, challenged him in his re-election bid.

Republican John Carman's comment that he hoped women would get home from the Washington women's march "in time to make dinner" so pissed off Democrat Ashley Bennett she ran against him in New Jersey for county supervisor. She won. pic.twitter.com/EM8Ri0Yc2Y

John Carman mocked the Women’s March by saying “Will the women’s march end in time for them to cook dinner?”

Ashley Bennett responded by running against him and winning.

This is what taking charge of our own government looks like. pic.twitter.com/EGF8FO1VG2