MSNBC’s Chris Matthews: Joe Biden Will Run for President in 2020

The Philly native and longtime host of “Hardball” says it’s a “fact” that the former vice president will run. 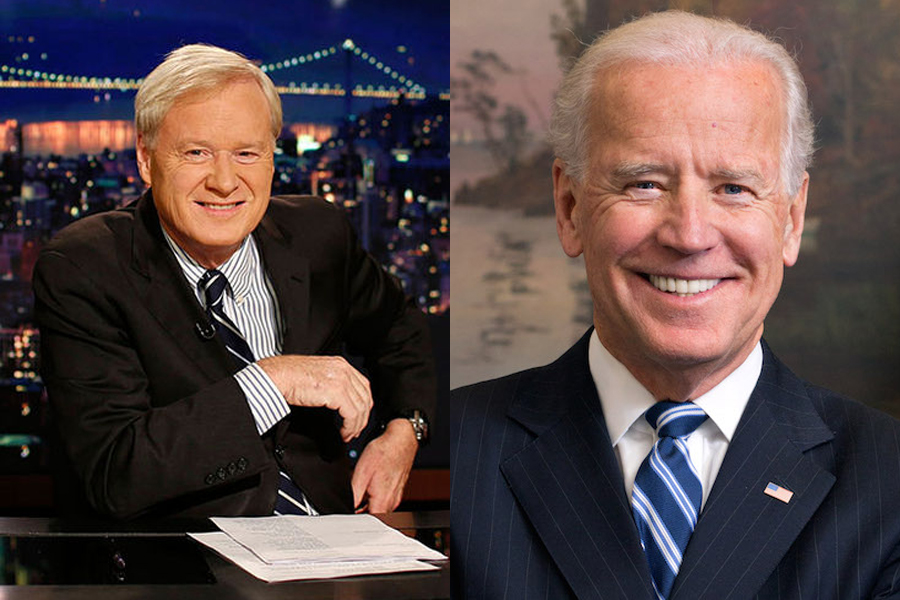 According to MSNBC talking head (and Philly native) Chris Matthews, we can end the speculation regarding former Vice President Joe Biden’s political future. During an appearance on NBC10 late last week, the longtime host of Hardball said it’s a “fact” that Biden will run for president a third time in 2020, despite the fact that he’ll be pushing 80 years old.

“I’ve talked to his family. He’s running. OK?” Matthews said on the air Friday while promoting his new book on Bobby Kennedy. Biden left the door open for a possible future campaign in a recent interview with Vanity Fair. Matthews believes it’s the ex-senator’s appeal as a “regular guy” that will help win over neglected voters.

“The Democrats gotta get back to being the party of regular people: firefighters, waitresses, cops. Regular people,” Matthews said. “I don’t like talking ethnically, but that’s a fact. They’ve lost the working-class whites, and they’ve got to get them back.”

Biden ran unsuccessfully in 1988 and 2008 – the latter of which ended with him joining Barack Obama’s ticket. He had considered tossing his hat into the ring again last year, but ultimately declined after his family had begged him not to in the wake of his son Beau’s untimely death. Biden, who’s certainly no fan of President Donald Trump, has said he regrets that decision “every day.”

The question of Biden’s age isn’t lost on Matthews, who thinks he still has a shot to win and even tossed out a potential running mate: “If Joe has the spirit of a young guy, I think he can put together a ticket, perhaps with Kamala Harris from California, and that ticket could be pretty powerful.”