State lawmakers and politicos are grieving after 83-year-old Fred Anton's body was pulled from the water on Thursday. 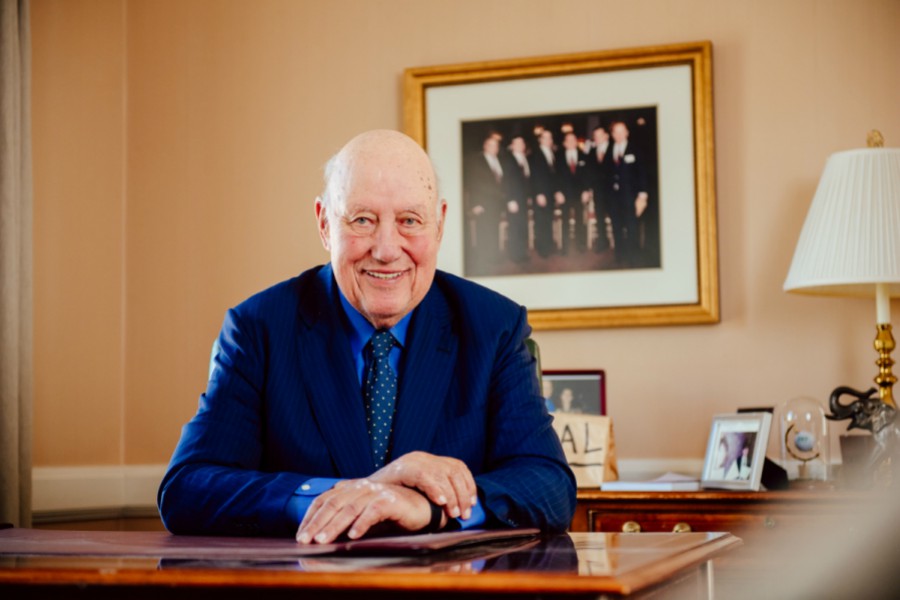 A Republican powerbroker and CEO was found dead in the Delaware River this week.

Police pulled 83-year-old Fred Anton’s body from the waters around 11:30 a.m. on Thursday, one day after Anton was first reported missing. His body was found near his house on North Christopher Columbus Boulevard, where he was last seen leaving around 10:45 a.m. on Wednesday.

Police say Anton was suffering from undisclosed medical issues and depression, according to Philly.com. The Medical Examiner’s Office is investigating how he died.

A Philly native and 1958 Villanova law school graduate, Anton was the chairman of the Pennsylvania Manufacturers’ Association, a statewide trade organization with significant lobbying clout in Harrisburg.

Anton served as a delegate at five Republican National Conventions — in 1992 and ’96, and in 2000, ’04 and ’08. He was frequently referred to as one of the most powerful Republicans in Pennsylvania: The Pennsylvania Report twice named him one of the most “influential figures” in politics, and Politics Magazine named him one of the “Top 10 Republicans” in the state in 2010, writing that he funded “much of the conservative infrastructure in the state,” like conservative think-tank Commonwealth Foundation.

In a statement, PMA president David N. Taylor said the organization is “heartbroken to share the sad news that our leader, Fred Anton, has left this earthly life.”

Taylor called Anton a “real Philadelphian” and a “very multifaceted fellow” who loved golf and was a great supporters of the arts.

“All of us who had the privilege of knowing him and working for him will treasure the memories of our time with him, with gratitude for having had him as our leader, patron, mentor and friend,” Taylor said.

Several lawmakers have expressed their condolences, including U.S. Sen. Pat Toomey, who said he was “shocked and deeply saddened” to hear of Anton’s death.

“Fred was an icon in Pennsylvania’s conservative movement and served as a mentor to many, including myself,” Toomey said in a statement. “He was a passionate advocate for the city of Philadelphia, the Commonwealth of Pennsylvania, and for the country he loved. My thoughts and condolences are with Fred’s family; he will be missed.”

I am sad to learn of the passing of my dear friend Fred Anton. I will forever be grateful for his advice and guidance through the years. pic.twitter.com/6qJe8xwIle

Words cannot express the deep gratitude and respect we hold for Fred Anton. Our thoughts and prayers go out to his family and loved ones. pic.twitter.com/c3QV7Uh265