Remains of 407 People Were Unearthed at Old City Construction Site

Workers were surprised to find an extensive 18th-century burial ground on the site of a new apartment building. 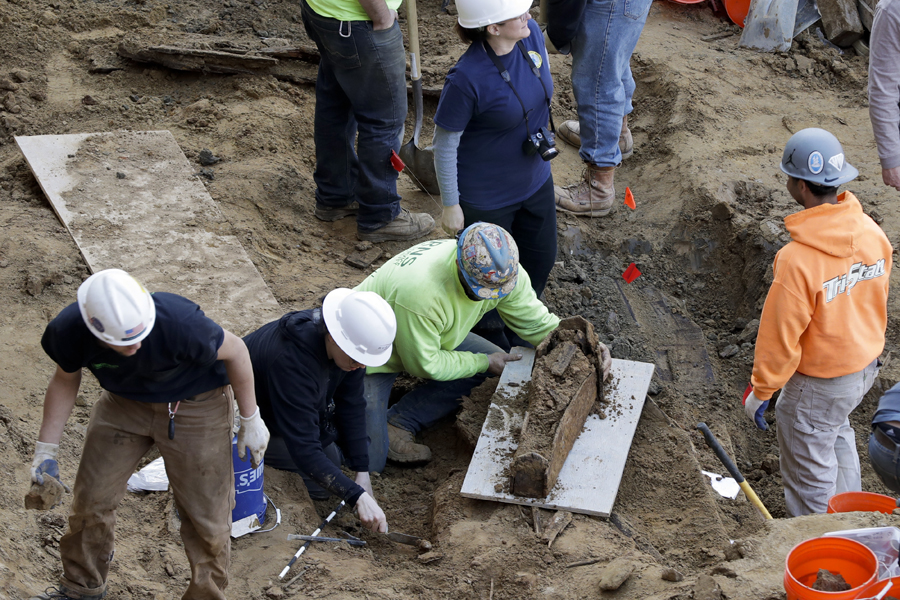 Back in March, you may remember hearing that a construction crew down in Old City found dozens of coffins while excavating a site on Arch Street that’s slated to become a new residential apartment building. According to a report filed late last week in a Philadelphia probate court, the remains of 407 individuals were exhumed as a result of that chilling discovery this past spring.

The report, authored by Philly-based engineering consultant AECOM, states that workers for developer PMC Property Group stumbled upon a portion of the First Baptist Church Burial Ground – one of the city’s first cemeteries – that wasn’t supposed to be there. Established in 1707, the burial ground was used as the final resting place for members of the congregation until 1860, when the church (and cemetery) moved to a new location on Broad Street.

Turns out gravediggers weren’t too thorough back then. After the initial unearthing, PMC officials alerted numerous city departments about the centuries-old bones. With each agency claiming a lack of jurisdiction, construction on the 116-unit building moved forward until more and more graves were dug up. That’s when Philadelphia Orphan’s Court finally got involved and archaeologists were brought in to assist.

PMC stresses that all of the remains uncovered at the work site were dealt with “respectfully.” The bones, many of which belonged to African-Americans, were taken for study, preservation and potential identification at Rutgers University-Camden. Once complete, the remains will then be reinterred at Mt. Moriah Cemetery in Kingsessing by no later than 2020.

And while this story is eerily similar to the plot of Poltergeist, we’re totally certain everything will work out just fine with those apartments …