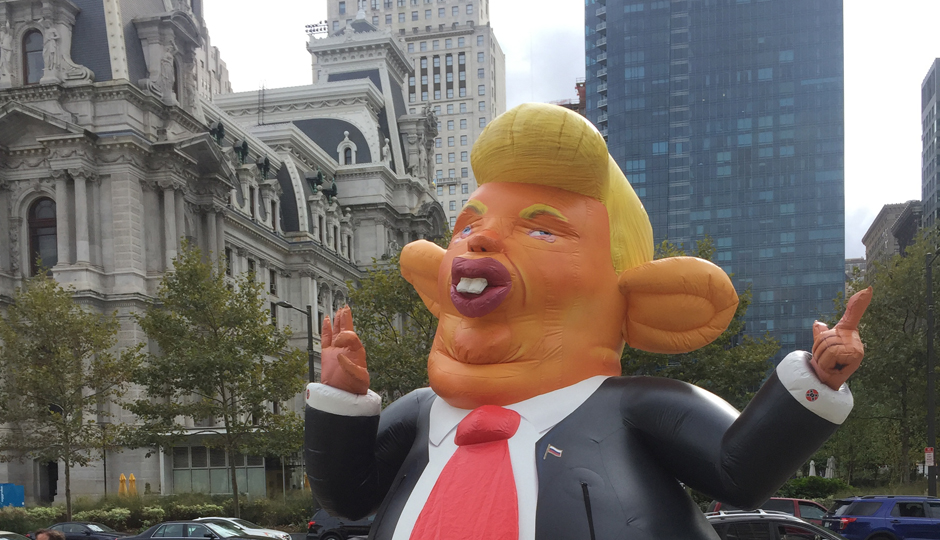 Just in time to celebrate what would have been Frank Rizzo’s 97th birthday, a 15-foot inflatable monster dubbed “Trump Rat” was blown up near the controversial mayor’s statue in Thomas Paine Plaza before being moved to the sidewalk early Monday afternoon, the Inquirer reports.

Trump Rat – the brainchild of Philadelphia-born artist John Post Lee – is a caricature of President Donald Trump, naturally, blended with the famed union rat, a derogatory symbol used by tradesmen to alert the public to the use of nonunion labor at work sites. Lee, who now lives in New York, first debuted his creation up there in August for the president’s homecoming to Trump Tower. It also appeared in Washington later that month.

As for it popping up in Philly, Lee told the newspaper that his placement of Trump Rat today had nothing to do with the major police conference underway at the Convention Center this week. Regardless, officers with the Civil Affairs Unit told the 58-year-old that he couldn’t keep Trump Rat on the plaza without a permit. 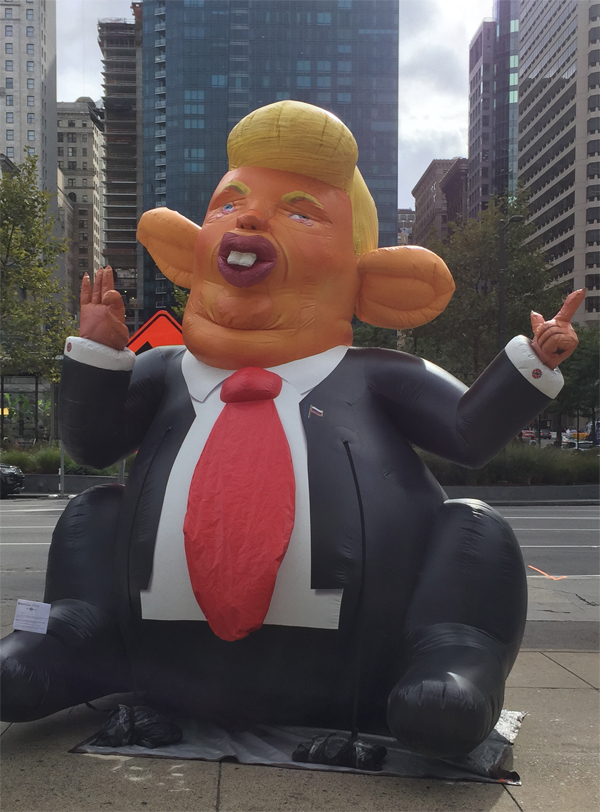 So he moved it to the sidewalk, directly facing the waving Rizzo head on.

Lee said he was inspired to choose a rat to meld with Trump because “like a rat, [he’s] untrustworthy, he’s a liar, he’s mean-spirited.”