Ali Perelman is on a quest to completely remake our local politics. She’s got the smarts, the drive — and the name — to pull it off. 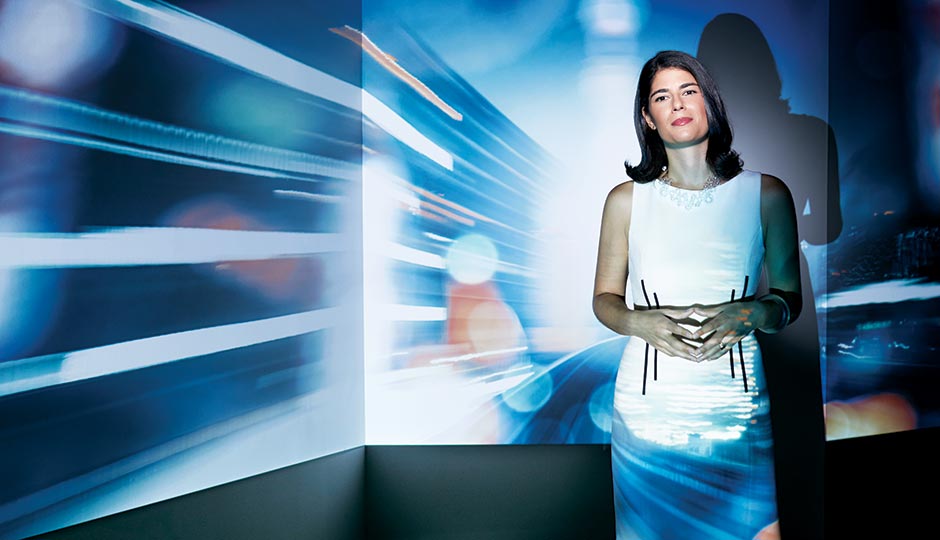 Ali Perelman, the millennial scion of one of the wealthiest families in Philadelphia, is shoving a giant push broom down the street in Bella Vista. She spots something on the ground and cracks a wry smile. “Do you want a dime bag?” she asks me.

In the past half hour, Perelman, 35, has also swept up a vape charger, a tea bag, a crushed water bottle, a cracked plastic spoon and countless cigarette butts. She says she tidies up her block about once a month, but she’s doing it today in the presence of Philadelphia magazine to make a point: She thinks it’s an outrage that the local government doesn’t clean the streets. “Philly is the largest city to not have street sweeping!” she says. “It’s a basic municipal service!”

She’s been on Mayor Kenney’s case for months because he hasn’t kept his campaign promise on street sweeping, but that’s far from the only thing that pisses Perelman off about City Hall. In less than three years, she has become the face of one of the most attention-grabbing, well-financed and hard-nosed reform groups in town. As the executive director of Philadelphia 3.0, she has filed a lawsuit to vanquish the City Commissioners Office, raised at least $500,000 to elect insurgent Council candidates, and organized workshops to teach hundreds of young residents how to run for office. Her plans for the future are even more of a middle finger to the political machine: She wants to radically change City Council by 2023.

In an age in which Philly Democrats are comically corrupt, Perelman’s anti-establishment credo has resonated with two powerful groups: Big Biz and New Philadelphians.

Philadelphia 3.0 was originally dreamed up in 2014 by Joe and Robert Zuritsky, a pair of parking magnates who wanted to put business-friendly politicians in Council. It’s since been financed by such boldface names as property mogul Daniel DiLella, Lehman Bros. heir Peter Buttenwieser, and Duane Morris chairman emeritus Sheldon Bonovitz, plus lots of other heavy hitters who haven’t revealed their identities — and aren’t required to under the law — because 3.0 is a “dark money” organization.

“She raised a boatload of money from sources I didn’t think would ever contribute,” says former governor Ed Rendell, one of the best fund-raisers in Philadelphia history. Rendell says Perelman’s success stems from the fact that she isn’t afraid to be blunt: “I’m sheepish about asking for a number. Ali isn’t. Ali is one of my first 10 calls if I’m trying to raise money for a candidate.” 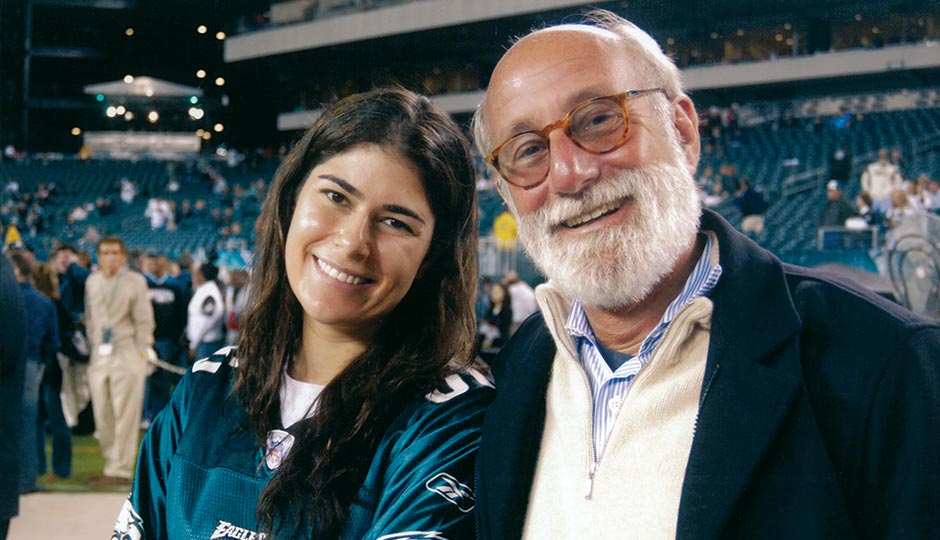 Ali Perelman with her father, Jeffrey, at a 2010 Eagles game.

Perelman’s last name is on every other building in town — the Art Museum, the Kimmel Center, Penn’s medical school — so it’s no surprise that she can schmooze fellow members of Philly’s one percent. As she readily admits, “My last name precedes me in some rooms.” What makes her unique, though, is that she has also gained a following among New Philadelphians, particularly those millennials whom natives love to hate for riding bikes and complaining about beloved traditions like parking on Broad Street’s median.

Part of Perelman’s secret is that she hired Jon Geeting to be 3.0’s director of engagement (read: social media whisperer). She can also seize an opportunity. Last year, after the 2016 presidential election, many young residents were desperate to get more involved in local government. The city’s Democratic Party isn’t exactly welcoming to newcomers, so Perelman held workshops to teach people how to run for low-level offices, such as committee person. If an uprising actually takes place in 2018 and millennials run for these positions, the party could be transformed from the ground up — and perhaps Democratic Party boss Bob Brady’s job would be at risk.

Anne Wakabayashi, 28, who sits on the board of the Liberty City LGBT Democratic Club with Perelman, says the group never considered running grassroots candidates until Perelman urged it: “What we want to do is see more LGBT people get elected, and Ali opened up our minds to seeing committee people as a step toward that.”

A few years ago, Perelman didn’t see politics — or the family business — as her future. Her father, Jeffrey, is the billionaire founder of a holding company; her mother, Marsha, is a big shot in the oil and gas industry. Instead of doing anything like that, though, Ali was wrapping up a PhD in communication at Penn and looking around for a gig in academia. “The likelihood that I was going to get a job that kept me in Philly was pretty low,” she says, “and I realized that I was more passionate about Philly than anything else.” So she applied for a fellowship with City Council, and later got a job with then-Councilman Bill Green. It was a perfect fit: He was a rabble-rouser who wanted to revamp the city’s business taxes, which Perelman took on as her cause.

Now rumors are swirling that Perelman might run for City Council or even — and this would be equivalent to a nuclear bomb going off in the city’s political world — Congress, against Brady. When I ask if she’s considering it, she tells me she won’t campaign against Brady. But against someone else? “Maybe one day.” 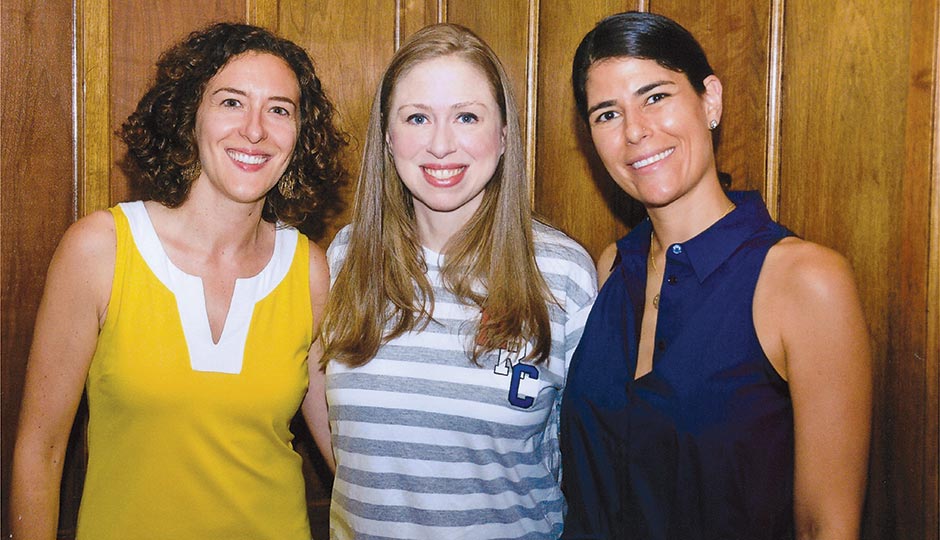 Ali with her wife, Amaya Capellán, and Chelsea Clinton at a Hillary Clinton event in 2016.

Perelman sure acts like someone who’s thinking seriously about running for office. For one thing, she bats away criticism as though she’s been trained to. When I question whether progressives are right in claiming that Philadelphia 3.0 wants to put anti-labor candidates in Council, she tells me that’s laughable: “Who would be an example of anyone we endorsed in 2015 that fits that mold?” Likewise, she flicks off gripes from pro-biz insiders who don’t think 3.0 is doing enough fast enough: “We’re happy with the progress we’ve made in only a few years.” Perelman also already has a campaign message ready to go. “Philly’s biggest problems are obviously its uniquely terrible business tax structure and a seeming inability to move forward technologically,” she tells me.

Rendell, for one, thinks Perelman could do just about anything in city politics, if she wants to: “I can close my eyes and see Ali Perelman as mayor of Philadelphia.”