A Challenge to Our Most Influential Philadelphians

What kind of city will we become? It’s time for you to step up. 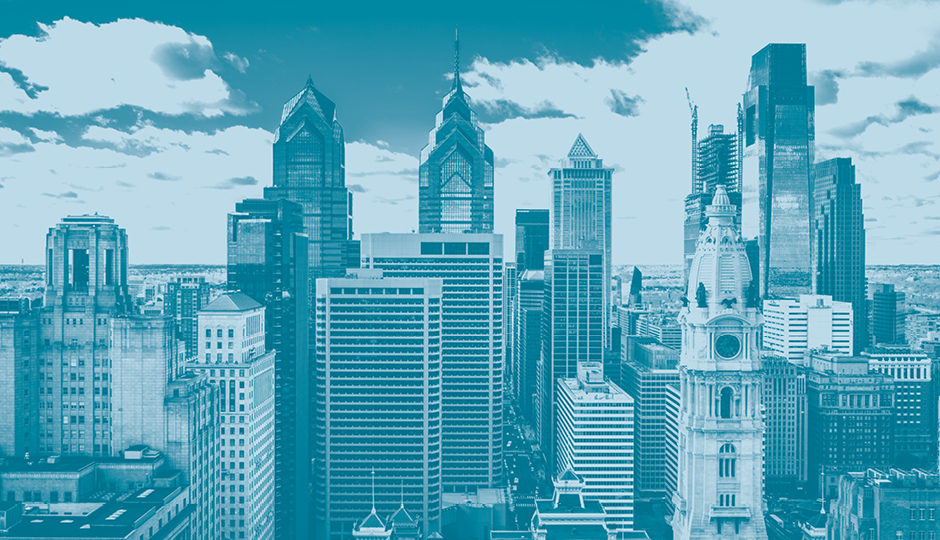 A few weeks ago, this magazine moved its offices from Rittenhouse Square to Washington Square, which means my daily commute in and out of the city has changed a bit. Fortunately, my new route gives me an even broader view of all the construction that’s happening in and around Center City of late: the makeover of the eastern part of Market Street; Comcast’s still-climbing Technology Center; Aramark’s sprawling new headquarters on the east side of the Schuylkill; Penn Med’s new $1.5 billion hospital on the west side … the list goes on.

So here’s a question: Why, with all this hubbub happening in the city, does thinking about Philadelphia so often elicit in me these days a deep … I don’t know … sigh?

Part of the answer, perhaps, is me. After three decades in Philadelphia, maybe I’ve at last internalized the Negadelphian mind-set that so often characterizes this town’s natives — the tendency to see the sun come out and say, Yeah, that’ll never last. What time do you think it will start raining?

And yet my current misgivings feel like they’re grounded in something deeper than just an inherited bad attitude. For some reason, I can’t quite shake the feeling that all the activity we’ve seen in Philly in recent years — the construction, the influx of millennials, the hat trick of the papal visit and the DNC and the NFL Draft — isn’t quite adding up to something greater than the sum of its parts. Somewhere deep down, I harbor an anxiety that when all the cranes have been put back in their garages and all the hammering has come to an end, our city — best known for Rocky and cheesesteaks — will remain exactly that: a city best known for a movie and a sandwich, only now with a handful of way-cool buildings, too.

It turns out I’m not necessarily alone in this fear. A few months ago the Brookings Institution, the D.C. think tank that focuses a chunk of its energy on cities and innovation, issued a persuasive report about Philadelphia that hinted at the same thing. Specifically: While our city and region are blessed with some extraordinary assets — including world-class universities and hospitals and some dynamic Fortune 500 companies — we have no “unified vision” for where we’re headed or how to best compete in the global, 21st-century economy. To its credit, the report was pretty unsparing about who’s at fault for that: Philly’s leadership class, a.k.a. the lot of you we’re highlighting in this issue.

“Philadelphia leaders have been missing a sense of collective urgency to determine the position the region should play in the global economy,” the Brookings team says, adding (in case anyone missed the point): “Philadelphia has to step up its game.”

So here’s another question: Are you listening, Influentials?

“I’m just tired of all the negative energy,” John Fry (No. 5) says one day while we’re chatting on the phone. At first I wonder if he means me — has he been reading my mind on my drive home? But eventually it becomes clear that Fry, Drexel University’s president, is talking more about Philadelphia collectively (which means, I guess, that he doesn’t not mean me).

Fry is the quintessential can-do guy, with a track record to back it up. As Penn’s executive vice president in the late 1990s and early 2000s, he helped spearhead the growth and transformation of that school’s campus. As the president of Franklin & Marshall for eight years after that, he built the liberal arts college’s academic reputation and improved its finances. And as Drexel’s leader since 2010, he’s raised both buildings and ambition levels, all while carrying on a side hustle as one of Philly’s most engaged civic leaders. (He currently serves, among other things, as chairman of the Chamber of Commerce.)

It was Fry and David L. Cohen (No. 3), Comcast’s senior executive vice president, who helped spur the creation of the Brookings report — or, to use its official, marquee-busting title, “Connect to Compete: How the University City-Center City Innovation District Can Help Philadelphia Excel Globally and Serve Locally.” As Fry tells it, he and Cohen were talking to Brookings’s Bruce Katz one day a couple of years ago when the trio noted how close, relatively speaking, Comcast’s new innovation building would be to the nascent Schuylkill Yards development near 30th Street Station, and how close that was to Penn’s innovation hub, the Pennovation Works, and how close that was to CHOP’s planned cluster of new research facilities. And so they hatched the idea — eventually funded by 10 local businesses and institutions, including Penn, Drexel, Comcast, CHOP, and the University City Science Center — of doing an analysis of all the activity and opportunity flowing out of what they eventually dubbed Philly’s “innovation district” (roughly, the Market Street corridor from 17th to 43th streets, as well some other areas of University City and Grays Ferry).

Katz and his Brookings brethren began work on the project in 2015, combing through lots of data, doing on-the-ground observational research, and conducting more than a hundred interviews with relevant parties in Philly. The legwork itself is impressive. And yet what ultimately makes “Connect to Compete” so powerful is its authors’ deep understanding of how quickly the world is changing — and what that will mean to cities over the next century.

For starters, the report notes, in a world that’s already beginning to be transformed by innovations like artificial intelligence, the Internet of Things and genomic medicine, the cities that stand at the forefront of those technologies will be in an enviable position, with an ability to attract both the talent and the global capital that will allow them to dominate in the decades ahead. (This isn’t, the report points out, a recent phenomenon: Detroit and Silicon Valley boomed in the 20th century because they were at the forefront of then-new technologies.) Second — and certainly no less important — the race to be among that handful of first-tier global cities has already begun, with civic and business leaders in places like L.A., Seattle, Pittsburgh, San Antonio and Indianapolis, just to name a few, rolling up their sleeves to purposefully position their metropolises for what’s coming. “Cities across the country,” Brookings writes, “are stepping up to unlock the latent capacity of public, private and civic networks.”

Which, honestly, is where things start to get sticky for Philly. In its assessment, the Brookings team is positively glowing about our city’s assets — and equally damning about how little we’ve done, collectively, to capitalize on them. It ultimately breaks its analysis down into four good news/bad news themes, with each soft, sensuous kiss of praise followed by a sharp slap across the face. Specifically:

As unsettling as all that is, the report’s biggest gut punch comes when it compares Philly to other cities on various measures of innovation robustness. While we’re America’s sixth-largest metro area, we’re a pedestrian 12th in total patents; a disappointing 34th in new-firm creation; and a disastrous 51st in the percentage of people employed in advanced industries.

Reading the Brookings report feels a little like eavesdropping on the parent-teacher conference of an otherwise bright kid who, maddeningly, spends his days shooting spitballs and practicing armpit farts in the back of the classroom. Philly has all the tools to be one of the top students in the class, the report basically says — if only it would apply itself.

At its core, “Connect to Compete” is an adrenaline needle plunged deep into the heart of Philly’s leadership class, an attempt to spur our business, political, academic and nonprofit honchos to begin working cooperatively on positioning the Market Street corridor as the hub of our economic activity in the 21st century. Alas, banding together on Big Stuff hasn’t traditionally been in our DNA. “Philly has always had that Quaker mentality — ‘Let a thousand initiatives bloom,’” says University City Science Center head Stephen Tang (No. 28). That’s the generous explanation for the way we’ve operated. A darker take is that when it comes to money, attention and talent, our institutions have seen each other more as competitors than collaborators. “It’s traditionally been a zero-sum game,” admits Tang. “If you win, I lose.”

To their credit, the Philly-based benefactors of the Brookings report didn’t tie a rock to the document and drop it into the Schuylkill upon its release. On the contrary, a group of them — including Fry, Tang, Chamber of Commerce CEO Rob Wonderling, PIDC head John Grady and University City District boss Matt Bergheiser — spent the summer laying the groundwork for what’s ahead. Among their accomplishments was the planning for a Brookings-recommended Innovation Council — essentially a steering committee comprised of the original 10 funders of the “Connect to Compete” report, along with about 10 more leading businesses and institutions in town.

The group has also begun taking steps — baby ones, since full implementation would take years and millions of dollars — on some of the other initiatives Brookings recommends, from increasing connectivity on Market Street to making Philly the precision medicine capital of the world. (If anything has the potential to be our silicon chip or internal combustion engine, it’s the gene therapies being perfected in University City these days.)

“Connect to Compete” is explicit that if Philly wants to thrive, the status quo needs to change. But it also spells out what we can become if that happens: a city “where cutting-edge ideas become globally significant solutions; where new firms, jobs and investments grow as a result; and where people and neighborhoods are connected to, and themselves important drivers of, the city’s economic progress.”

Can Philly actually step up its game and pull this off? For once, let’s drop the Negadelphia shtick and proclaim that the answer is yes. It’s worth remembering that a place now known for Rocky and cheesesteaks was the birthplace of modern democracy and the most important metropolis in the Western Hemisphere in the 19th century. Here’s hoping, Influentials, that you can help us reawaken that too-long-dormant ambition.