The Best Thing That Happened This Week: Dallas Sucks Even More

Hey, Cowboys? This one's for you. Don't worry; we're buying. 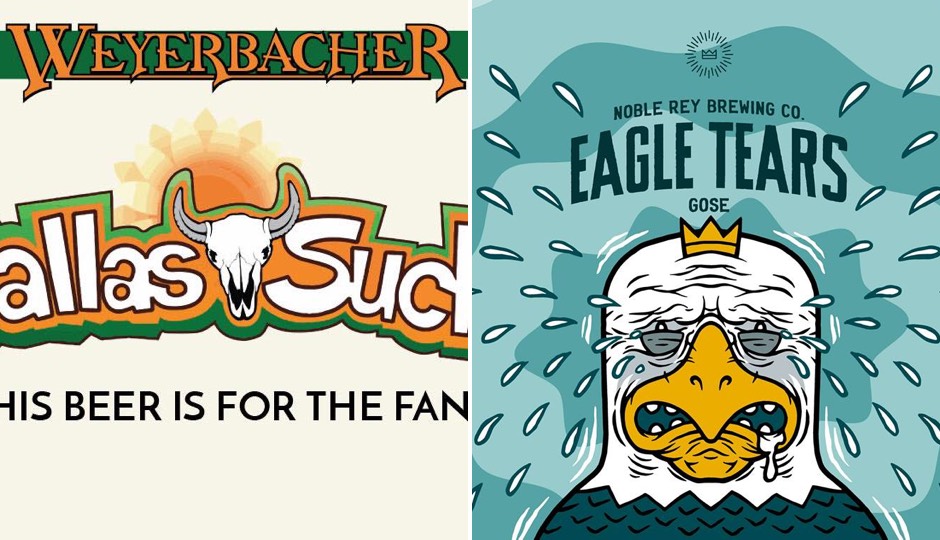 So a few weeks back, the lads at the Weyerbacher Brewery in Easton announced a new beer to go along with their Sunday Morning Stout and Jester’s Choice. The pale ale, created with the help of Weyerbacher’s friends at Jose Pistola’s, was “made for tailgating in parking lots,” “celebrating first downs” and “basking in the thrill of victory,” and it would be called Dallas Sucks. Which seemed like a splendid idea. Its feelings wounded by this news, a brewery in Dallas this week announced its plan to launch a retaliatory brew to be known as Eagle Tears. The can, complete with a crying bird, even says #PhillySucks, per the brewery, which is called Noble Rey. (Hey, far be it from us to cry bullshit, but Noble Rey also makes a peanut-butter-and-jelly flavored beer, which—blech.) Which is, you know, great hype for the Eagles/Cowboys game slated for November 19th. Or would be, except that Dallas has a bye week this Sunday, whereas we beat the Panthers 28-23 on Thursday, meaning we’re now sitting pretty at 5-1 and Dallas is … mmm, let’s see, it’s hard to read all the way down there in the NFC East standings … oh. Two and three. Still. Two and three. More like Eagles On A Tear, amirite? See ya next month, ’Boys!