Stay a while, Bruce! Maybe take in a Sixers game with M. Night? 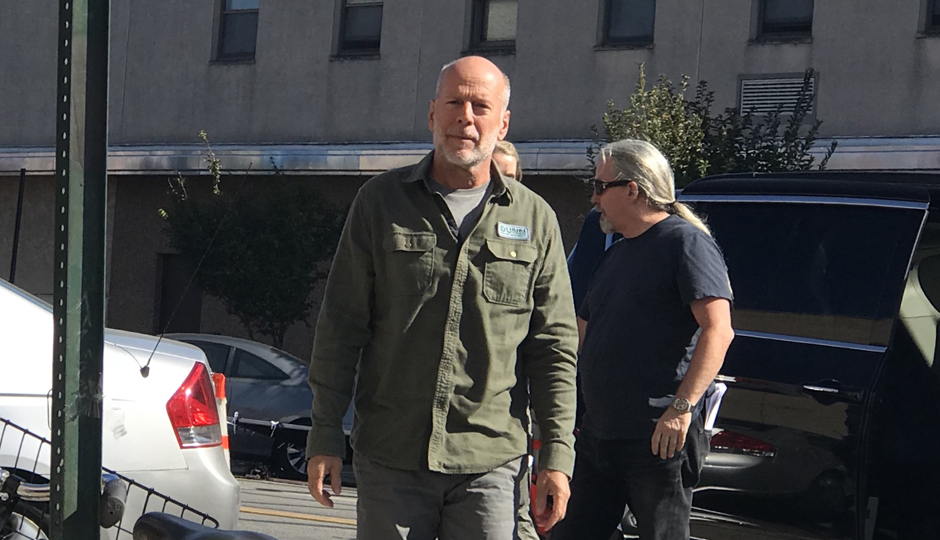 So you already know Hollywood A-lister Bruce Willis is in town filming local boy M. Night Shyamalan’s latest flick, Glass, right? Well our friend Mariano Mattei of Mattei’s Family Pizza (1260 Point Breeze Ave.) moonlights as an extra – he appeared in the Episcopal Academy grad’s The Last Airbender – so he was able to get on the set and snap a few pictures of Willis hanging on the streets of South Philly. And doesn’t he sure look like he belongs? 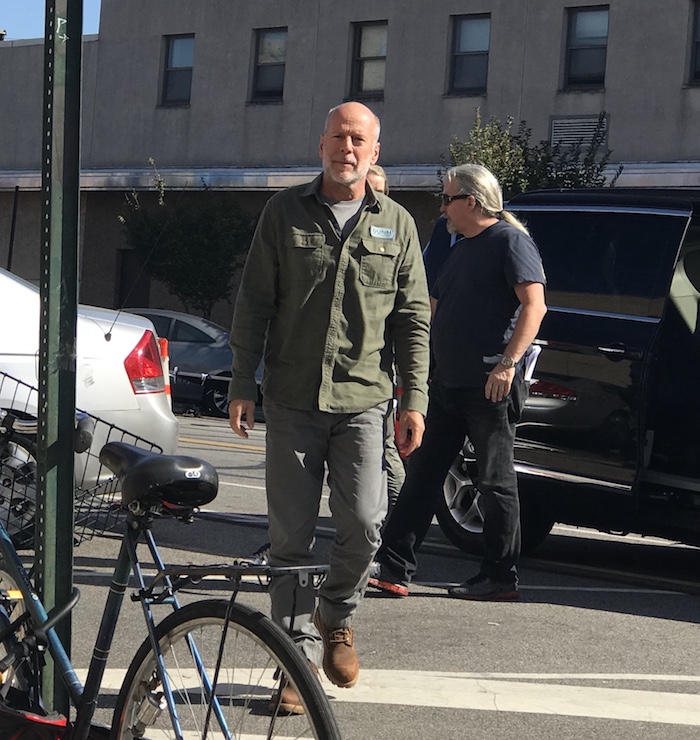 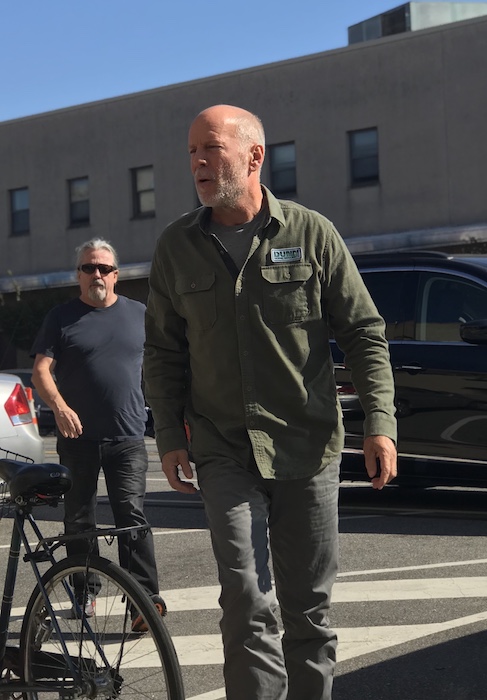 Bruce has got that rugged “Philly wildcard” look down pat. You don’t know whether he’s going to spazz out and violently scream “Dallas Sucks” or swoop in and settle some union skirmish with some sage street wisdom. M. Night’s been known to bring his celebrity friends to Sixers games in the past, so maybe our core of up-and-comers can convince Willis to stick around in the city of Brotherly Love?

Mattei, who also has competed on an episode of Food Network’s Cooks vs. Cons, tells Philly Mag he took those shots on Wednesday in the area of 15th and Passyunk. He says Bruce was “very kind” and Shyamalan is “one of the nicest, most humble, and gracious ‘movie guys’” he’s ever met.