You Can No Longer Fly Drones Near the Liberty Bell

The FAA has placed a ban on drone flights over Independence Mall, effective Thursday. 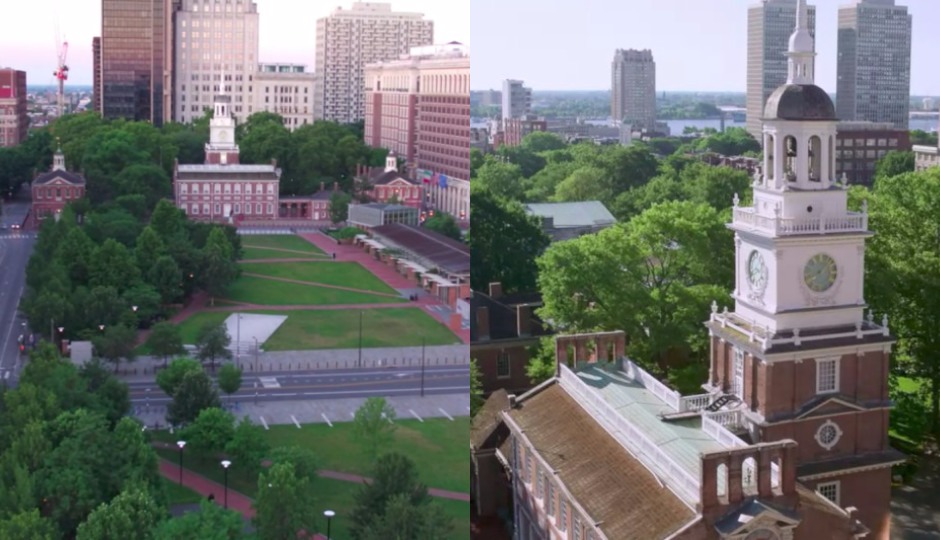 The days of creating fancy drone videos of Independence Mall are over.

The Federal Aviation Administration has announced a ban on drone flights within 400 feet of 10 national landmarks, including Philly’s Independence National Historic Park – and that restriction starts today.

Those who violate the ban will be subject to potential civil penalties and criminal charges, so you might want to play it safe and keep your drone far, far away.

The FAA’s list also includes the Statue of Liberty, Mount Rushmore, the Hoover Dam in Nevada and the Shasta Dam in California, among other spots.

The FAA has posted Independence Mall and the other sites on an interactive map of flight restrictions. They spots also included in FAA’s B4UFLY app, which helps drone users locate restrictions and/or requirements where they want to fly.

To bid drone-flying over Independence Mall adieu, here’s some cool aerial footage (captured by drones) of the location, via Visit Philadelphia.

If you’re super into drone footage, check out Philly By Drone – Penn student Christopher Kao’s FAA-certified and insured aerial photography business. He’s shot aerial footage of Fourth of July fireworks over the Art Museum as well as spots like the Race Stret Pier and the Comcast Center.