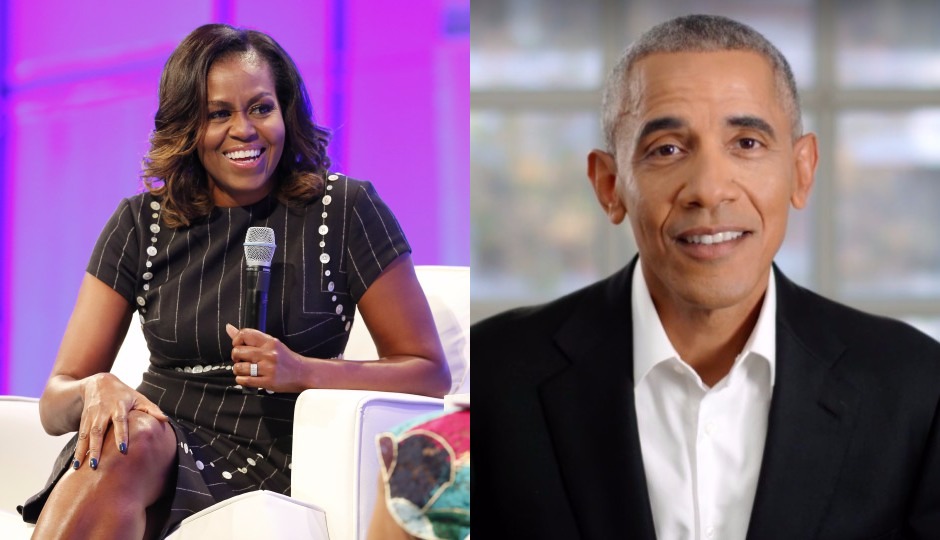 Everyone knows by now that Michelle Obama graced Philly yesterday with a much-anticipated appearance at the Pennsylvania Conference for Women.

When we caught wind of the fact that she’d come to the city on the same day as her and Barack Obama’s 25th wedding anniversary, we started to wonder … would we get the chance to celebrate with them?

ICYMI, yes: The former president crashed the conference during Michelle’s conversation with Shonda Rhimes to air a heart-warming anniversary video that’s sure to brighten your day (and restore your faith in love and romance).

He later posted the video to his Facebook page:

“Listen, I know you are with all these important Pennsylvania women, and you’re sharing the stage with our buddy Shonda Rhimes,” Obama said. “But I had to crash this party, because today we have been married for 25 years.”

Obama showered Michelle in praise for about two minutes, before he said he didn’t want to “interrupt the flow of what I’m sure is a fascinating discussion.”

“But I figured that you wouldn’t mind me parachuting in to say how much I love you, and how much I appreciate you,” he added. “And to all the women in the audience, thanks for your indulgence.”

Of course, the crowd went wild – for both Michelle and the anniversary video.

Watch @MichelleObama cast an entire forest of shade on Trump without ever even using his name. pic.twitter.com/wwtsqeuxkn