A Lyft driver with a dashcam caught the Sixers center jogging through Fitler Square. 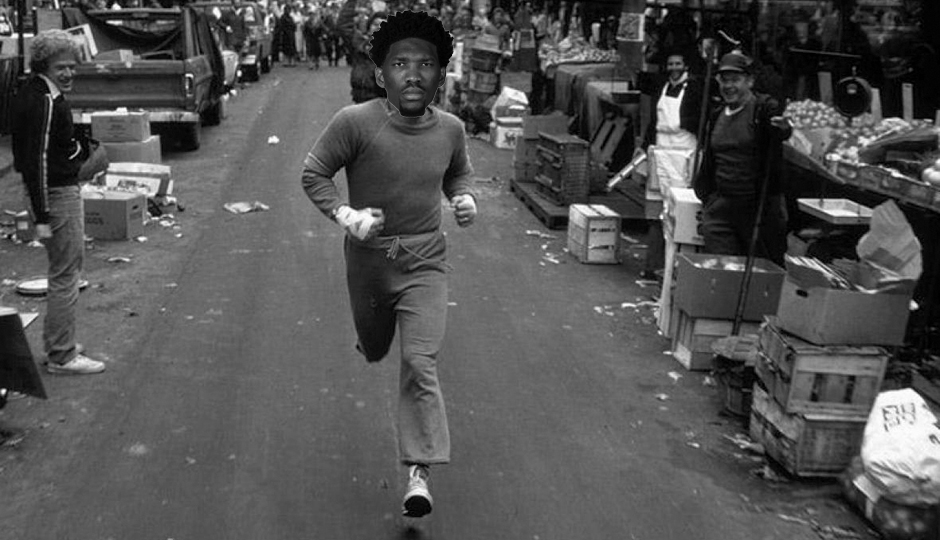 With the season opener in Washington just about two weeks away, a Lyft driver cruising through Fitler Square spotted 76ers star Joel Embiid jogging through the neighborhood on Monday night just like Rocky.

Joel – a true man of the people who can also be found at the Linc cheering on the Birds or clubbing in Center City – was in the area of 23rd and Pine when the driver, a big Sixers fan, captured this chance encounter on his dashcam around 9:15 p.m. on Monday night. His Lyft request ended up sending him in the direction of the unmistakable seven-footer, so he rolled down his window and yelled “Trust the Process” before heading on his way.

In response, Embiid raised both arms in the air like our fictional pugilist hero, a sign that general manager Bryan Colangelo shouldn’t even think about putting him on a minutes restriction against the Wizards. With Ben Simmons given the green light and first overall pick Markelle Fultz ready to shine in his rookie season, we need our captain JoJo with them fully.