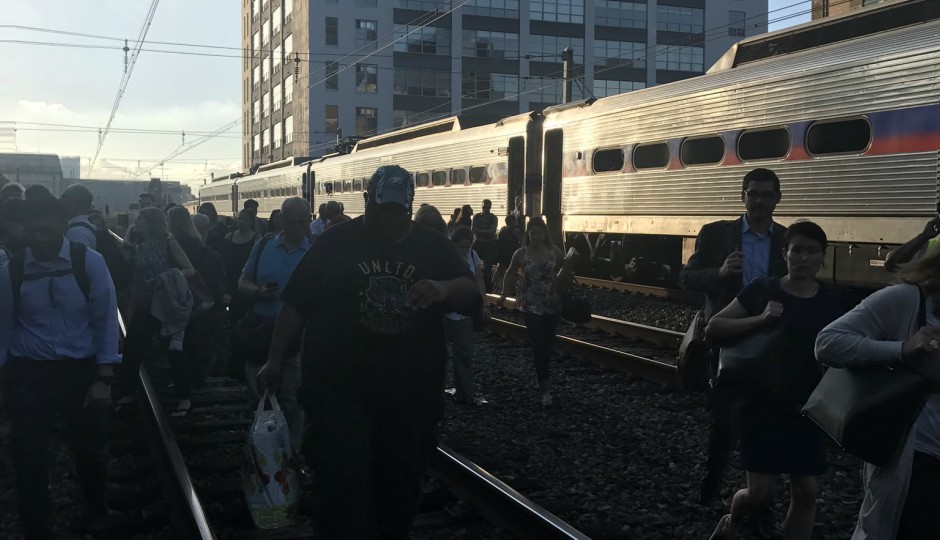 Panicked SEPTA Regional Rail riders rushed out of a train onto Center City railroad tracks last night, prompting commuting chaos – all because of false rumors of a fire.

The turmoil began around 5 p.m., when a Paoli-Thorndale train traveling from 30th Street Station to Suburban Station stopped for several minutes because of a power outage. When officials restored power, there were two loud bangs.

The bangs scared some passengers into thinking they were at risk, and after several minutes, people reportedly started yelling about a fire. Passengers opened emergency windows and exited the train, flooding nearby tracks.

From my wife: “There was a fire hoax between 30th and 20th. Ppl started kicking out windows and now there are 60 ppl on the tracks.” #SEPTA

As a safety precaution, SEPTA was forced to shut down all surrounding Regional Rail traffic for roughly an hour, leading to delays throughout the rest of the night.

Scott Sauer, assistant general manager for operations at SEPTA, said the loud bangs were the sound of an electrical breaker tripping twice.

Roughly 500 people were estimated to be on the train. No one was injured.

SEPTA is reportedly investigating the incident.

I was on this train. Wild stuff. People yelling fire and stampeding through the train. Quite the experience.

Alright @SEPTA where are the refunds / passes at? I was supposed to be at my station at 5:01 and we're just now being evacuated at 6:00 @SEPTA_SOCIAL @SEPTAPHILLY #SEPTA #SEPTAproblems #PhiladelphiaProblems pic.twitter.com/1N8eZJTFie

So some of us just jumped off the Paoli Septa train because there was a panic about non-existent fire. pic.twitter.com/DgbVecLHNw