Strawberry Mansion student Nadirah McRae accused the district of racial discrimination in a lawsuit filed this week — and said it cost her a $250,000 scholarship. 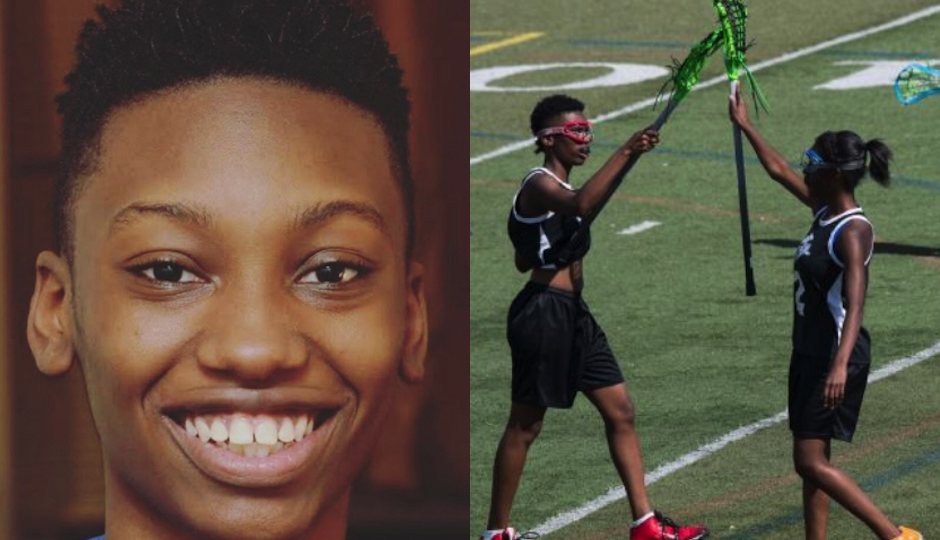 Nadirah McRae (seen on left in game shot) in photos provided by attorneys at Freiwald Law.

A lacrosse player at Strawberry Mansion High School has accused the Philadelphia School District of discriminating against black female athletes and preventing her from playing for a division I school, according to a lawsuit filed this week.

Plaintiff Nadirah McRae claims the school district cost her a $250,000 lacrosse scholarship from the University of Hartford, largely because her white counselor “continuously advised her to set sights on less prestigious schools” and failed to turn in paperwork on time, according to the court documents.

The district put McRae and other black female athletes at Strawberry Mansion at a disadvantage, according to the lawsuit, by “denying requests for funds to pay for uniforms; canceling buses to transport the girls to games, which effectively canceled the games and blocked access to college scouts; creating schedules that denied African-American girls games against ‘white’ high schools; and refusing to act on complaints that white players and coaches acted with racial hostility toward the African-American student athletes.”

Per the complaint, McRae excelled under the leadership of her former coach, Jazmine Smith. But in May, Smith was no longer invited to coach at the school, after, Smith says, she criticized the district’s discriminatory practices.

The school district has offered the following statement in response to the lawsuit, per CBS:

“One of our core values as a school district is increasing opportunity in the classroom and on the playing field for all of our students regardless of race or gender. We work every day to ensure equity across the School District and that every child is given the opportunity to succeed. Last year we had more than 250 female student-athletes participating on 20 of our school teams in field hockey and girl’s lacrosse, and we continue to promote all sports within the Philadelphia Public League.”

McRae is seeking more than $250,000 in damages, according to the complaint filed by attorneys Glenn Ellis and Aaron Freiwald of Freiwald Law.