What Are Realistic Expectations for the Eagles This Season?

Trinacria: With an improved roster, another 7-9 campaign should spell the end for Coach Doug Pederson. 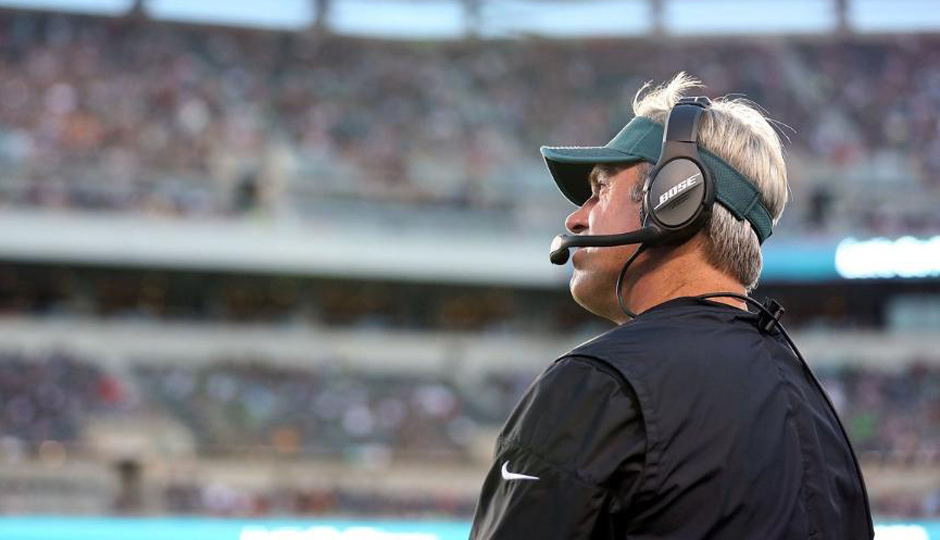 For most living in the Philadelphia area, Labor Day weekend signifies the unofficial end of summer and the Shore season. Kiss it goodbye, folks – it’s gone. The weather teases us during this time of year, doesn’t it? Showing those faint signs of cooling to the comfortably brisk depths of the true beginning of the fall season at the end of the month. With school being out forever (and not just for summer) for yours truly, the real unceremonious start of fall is always the Eagles season opener. The leaves don’t change until the Birds hit the field, in my mind.

Like it’s overrated cousin, spring, fall can serve as a season of new beginnings, too. Eagles fans had a big fall 2016: Not only witnessing the birth of a new era in coaching with former quarterback Doug Pederson’s swift ascension to the top job, but also the unexpected debut of our Super Bowl savior – franchise-QB-to-be Carson Wentz. Each new year for Eagles fans is exactly that. A new year, which comes with new expectations commensurate to the fans’ opinion of the team’s offseason success.

But what happens if things don’t change? We wouldn’t possibly put the blame on our second-year starter if the Birds went 7-9 again, would we? The roster has been upgraded to solidify some areas of weakness on defense and provide more firepower for Wentz, highlighted by the additions of new wide receivers Alshon Jeffery and Torrey Smith. Unless Wentz just completely devolves into Bobby Hoying 2.0 (God forbid) in Year 2, it will likely be Pederson that gets the axe if the Eagles are to stumble in 2017.

A lot has been made lately whether or not Pederson paid enough dues in the world of coaching for him to be given the keys to an NFL team when he did. The answer is clearly not; we wouldn’t even be having this discussion in the first place if he had. But that’s not really what matters now with Pederson showing last year that he’s at least not a total disaster with the playbook. The point is also moot with Doug receiving a ringing endorsement from owner Jeffrey Lurie, who said in a news conference yesterday “the future is right in front of him, and it’s there for the taking.”

My issue isn’t with Lurie’s support of Pederson. I, too, want him to have success despite thinking (like many) that he was under qualified when hired. He’s already showed us some ineptitude, certainly, but I was prepared for that coming from a guy whose only prior experience as a head coach was at the high school level. My problem is with Jeffrey’s answer when asked about his expectations for the team this year in regards to Pederson’s perceived inexperience.

“Okay, the expectation this year is that we have improved the team,” Lurie said. “Who knows how the season’s going to go in terms of injuries, whether chemistry comes together. Every season’s a marathon. It’s not determined until you really look back on it and what happened and how successful were you.”

Can you get more wishy-washy than that? Lurie later clarified that he expects “to compete strongly.” To me, with the moves that the Eagles made in the offseason, competing strongly means we have to be a factor in the playoff race. I’ll concede that this team isn’t exactly a finished product, so I could potentially understand us missing the playoffs again, but it better be at 9-7 or another 10-6 fluke year where we get shut out because of the tiebreaker.

If the Eagles go 7-9 again and Wentz continues to flash only potential and not consistent week-in and week-out production – Pederson needs to go. It would be a shame to squander this opportunity that we have with a young quarterback seeming to have all the tools by dragging him down with ineffective coaching. I don’t care how nice of a guy Doug is or how he keeps everything on an even keel inside the team facility. There’s only one expectation for this year and it’s simple – improve or it’s your job, coach.