Jessa Jordan of South Philly is currently a finalist in the magazine's "Maxim's Finest" contest. Her win could help break barriers in the modeling industry. 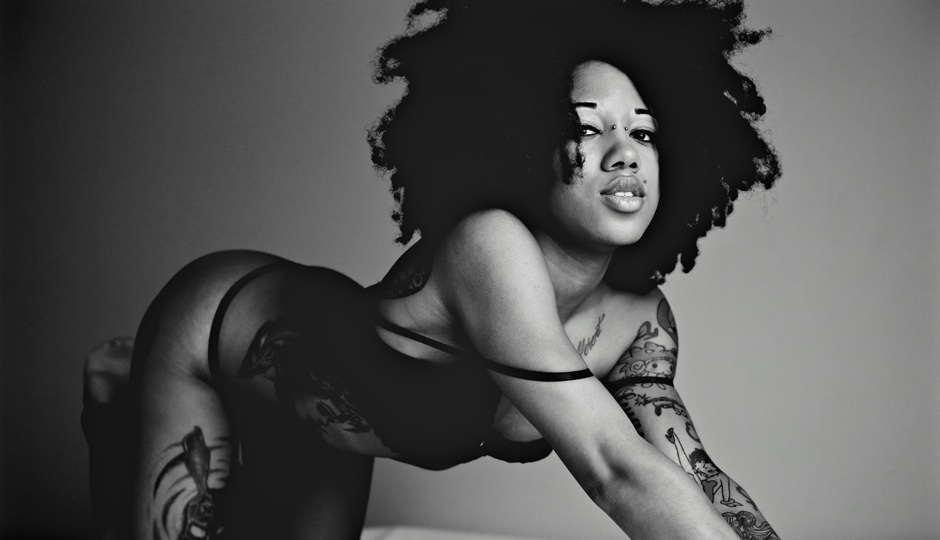 South Philly’s Jessa Jordan is currently a finalist in Maxim Magazine‘s nationwide “Maxim’s Finest” contest. The winner, chosen by online voters, will receive a $25,000 grand prize and be featured in a two-page spread in the magazine. We chat with the local freelance queer creative on her passion for modeling and what a potential victory could mean for the industry.

So what is this “Maxim’s Finest” contest all about? How did you get involved?
A few months ago, in the summer, I received an automated email telling me I qualified for the contest. I didn’t think anything of signing up at the time and actually forgot about it until I got the email stating the first round was about to commence. I immediately knew I really needed to pull out every stop I could for this, because short of shooting for Vogue’s IG style blog — The IT List — at AfroPunk a few years ago, this was going to be the biggest thing I had done in my career to date and I wanted to claim it for the culture and myself.

What do you do in Philly in general, and what are your passions?
What don’t I do is the real question! Primarily I’m a freelance model, specializing in fine art, fashion and fetish photography. That’s spawned into work as an event promoter/host/cocktail engineer; brand ambassador; music video vixen; and cameo chameleon in film and TV (you might catch ya girl waltzing around in the next Spike Lee Joint when it hits Netflix). I produce and perform in burlesque shows city-wide; I’m a stripper at Penn’s Port Pub in South Philly; I’m an aspiring writer and also the mistress of ceremonies of BrownGirlParty — an ethical lifestyle T-shirt company aimed at empowering and inspiring womxn and girls of color to adopt radical self-love and support each other. That is my passion, and I hope to realize my dream of utilizing the sales of BGP to support resources for domestic abuse survivors and womxn and girls who have been affected by homelessness. This aspect of community and support is so important for me because I believe the future — our survival and ability to thrive — can only be sustained through egalitarian efforts; we have to support one another, and we’re running out of time to do it.

What does this contest means to you as a black queer model?
So many things. I would be one of four black models to grace Maxim’s cover in over 20 years of operation — and I would wear my hair naturally. I would be the first openly bisexual, non-monogamous model to do so. And I would also be the first alternative (heavily tattooed/pierced) model to do so. Representation in all of those markets is so important, because I constantly see younger people still being bombarded with Eurocentric, patriarchal, heteronormative presentations of beauty that aren’t body- or sex-positive and yet I could actually have a chance to usher in the importance and also benefit of all these intersections. At the very least offer a firm “fuck you” to the white gaze who doesn’t think of me as sexy after I open my mouth. If a photo is worth a thousand words, I hope it’s a sweet prose describing how bored we are of the limitations they have failed to lock us into as Black femmes, as sexually aware and active people, and as a race.

What can others do to help support you and your work?
First and foremost, people can vote for me in this contest at this link. But also feel free to check out BrownGirlParty.com; JessaJordan.com; JessaJordan.findrow.com and IWantJessaJordan.com. Find and follow me on Instagram, Twitter, Facebook and Tumblr via @MissJessaJordan. But more than anything, pass the links on to others who need to be inspired, empowered or loved.