The continental allure of Quebec City. 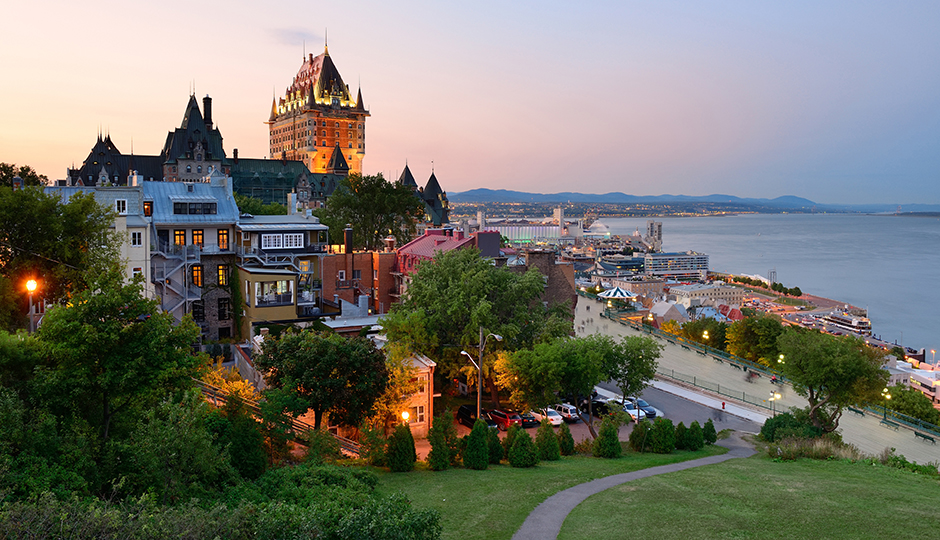 No need to take the time to trek overseas when Quebec City is so close: This charming city feels like a European capital, with narrow, winding streets, enchanting architecture, magnificent churches at every turn, famous landmarks (including the most photographed hotel in the world, Château Frontenac), and, of course, everyone speaking French (it’s bonjour before hello every time).

Where to stay: There isn’t a better location than Hotel Manoir Victoria. The stately hotel, built in 1830, is right in the heart of Old Quebec, just off bustling, buzzing Rue Saint-Jean, one of the city’s main thoroughfares that’s packed with shops, cafes and restaurants. And you’ll feel at home here thanks to a welcoming staff and comfortable rooms (complete with fireplaces!). 4 Côte du Palais; from $205 per night. 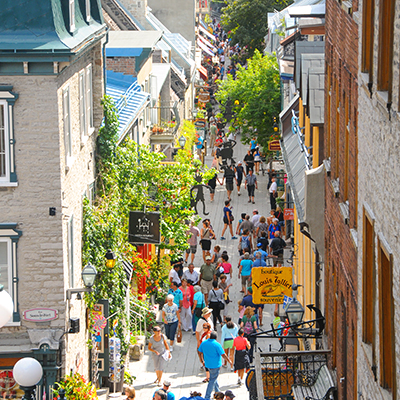 Where to eat: You cannot leave Quebec without dining at Chez Muffy, located at the Auberge Saint-Antoine hotel inside a historic warehouse (think: wood beams, exposed stone, tons of character). Just about everything on its elegant farm-to-table menu will impress, most especially the classic chocolate soufflé. You’re also going to want to pay a visit to the burger-centric Le Chic Shack, where the Le Robuste (a decadent, loaded bison burger) is much better than any bison burger has a right to be. Ask to sit in one of the open-air window seats and order your burger, plus poutine to share and a maple-whiskey-spiked salted caramel milkshake. Speaking of booze: You’ll also want to treat yourself to an old-fashioned (or a Quebecois beer, if that’s more your style) and an amazing view of the Saint Lawrence River at Bar 1608, inside iconic Château Frontenac.

Insider tip: Quebec is the only walled city on the continent north of Mexico. Its ramparts are about three miles long, and they provide an excellent vantage point from which to view the town. If you only take one tour, it should be the guided walking tour along the wall.

Day tripper: At the Wendake reserve (25 minutes by car), you’ll immerse yourself in the culture of one of Quebec’s largest Native American nations. Tour the grounds, visit the on-site museum, and eat First Nations-inspired cuisine at La Traite restaurant. Orleans Island on the Saint Lawrence River (15 minutes by car) offers breathtaking vistas, centuries-old homes and churches, and lovely wineries and cider houses. (Try ice cider, a regional specialty.) At Montmorency Falls (15 minutes by car), you can cross a suspension bridge over falls that are higher than Niagara. (The less adventurous might opt instead for a cable-car ride.)

How to get there: You’ll barely finish your bag of pretzels before touching down on this two-hour direct flight.