Terrell Owens: “Me Not Being on the Field Right Now Is a Joke” 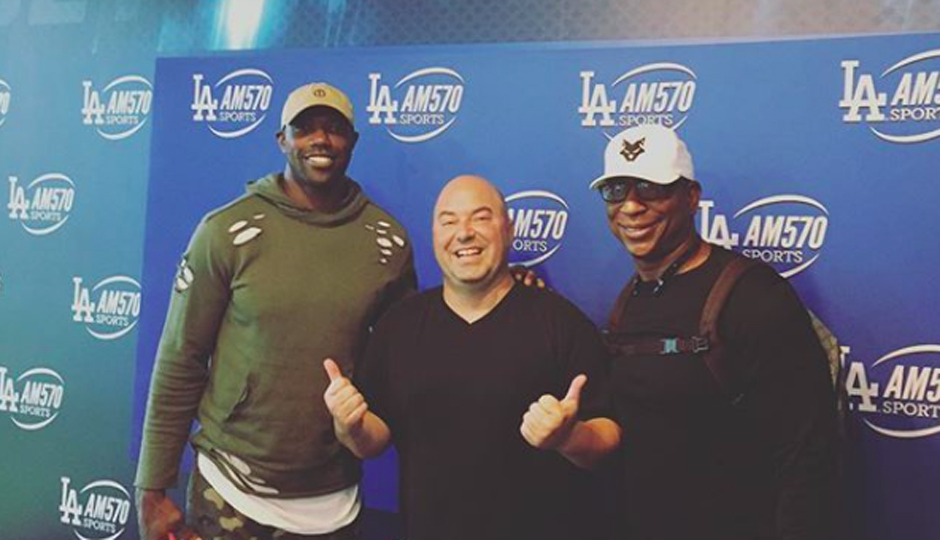 Looks like Terrell Owens hasn’t learned to stop running his mouth in his old age.

The 43-year-old former Eagle (AND hated Dallas Cowboy – NEVER forget it) went on the radio with FOX Sports’ Jason Smith and told Hall of Fame running back Eric Dickerson that he believes he still has what it takes to play wide receiver in the NFL “no question.” Check out what that idiot had to say:

Mr. “I Love Me Some Me” claims he can still run a 4.4 in the 40-yard dash (video or it didn’t happen) because he’s “not your average 43-year-old.” Sure, Owens actually performed halfway decent as a Cincinnati Bengal in his final NFL season five years ago, but a lot has changed since. Guess he forgot about his stint playing indoor football or his failed comeback attempt in Seattle.

Just shut up, T.O. You’ve got nothing left in the tank and are just trying to draw more attention to yourself – because we all know how much you crave gratification from the fans. That’s what made you such a beloved figure when you were here. You got us. You got Eagles fans so much that you knew exactly how to spit in our faces after Andy Reid finally had enough of your prima donna antics back in 2005.

Shame on me I guess for taking the bait, but we need to forget about this guy. He’s deserving of the Hall of Fame, that’s easy to admit with his stats. But players like Terrell Owens don’t really deserve to be remembered. Or if they do, it at least shouldn’t be fondly. Hell, I’d have more respect for T.O. if he had said he wanted to come back to the NFL to set a new record for ruined relationships with a quarterback. At least that would indicate a hint of self-awareness.

Age is nothing but a word. https://t.co/UgZMYR4ESv