Demonstrators called for the removal of the monument and the elimination of the local police force. 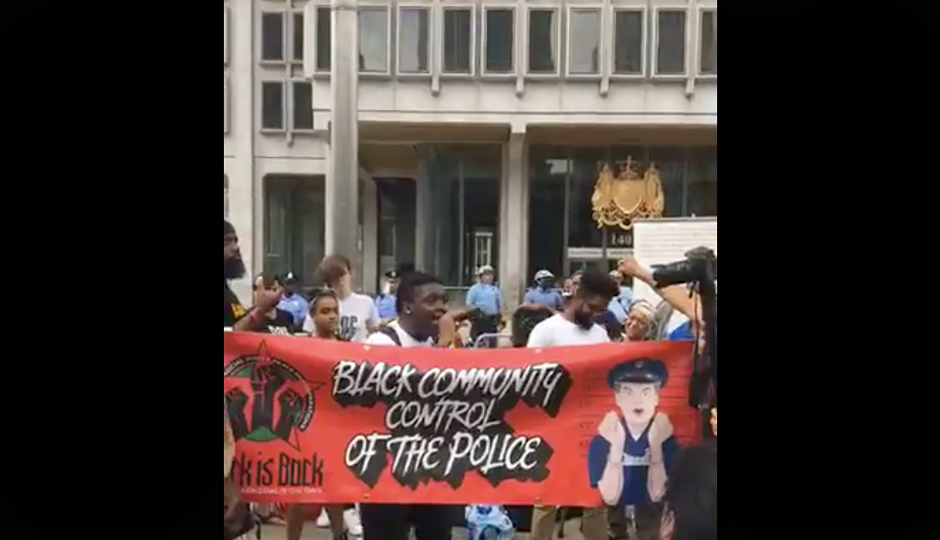 After word spread throughout the city that pro-Frank Rizzo statue supporters were planning a protest outside of the Municipal Services Building on Monday afternoon, a group of counter-protesters organized by Philly for REAL Justice sprung into action.

A sit-down with Mayor Kenney ultimately quashed the pro-statue demonstration, but activists on the other side of the issue still held their “Frank Rizzo Down” protest as members of the Philadelphia Police Department stood guard.

Philly Mag was live on the scene to capture footage from the rally, which was rife with anti-police sentiment and, of course, heated remarks about the controversial mayor himself: