Who ordered the spicy chicken deluxe with whiskers and a tail? 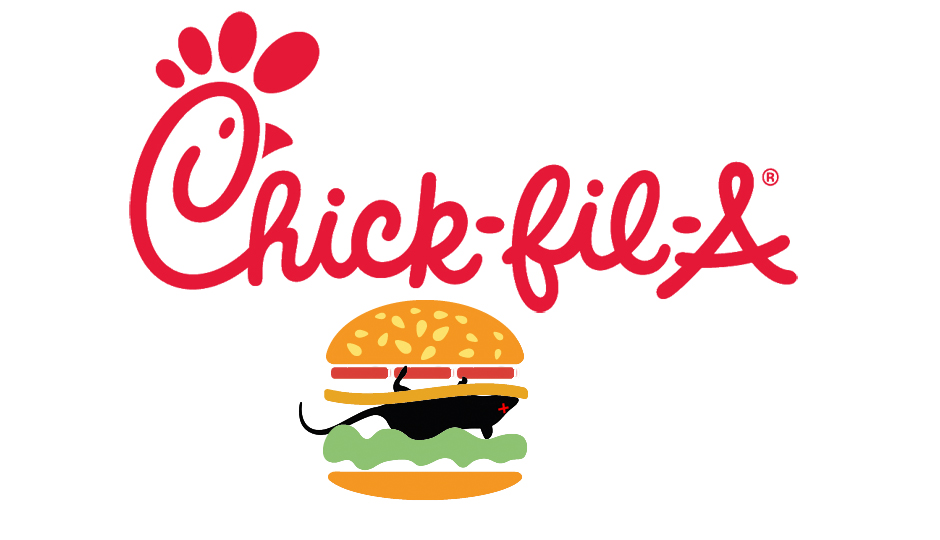 Well this is certainly a cringe-worthy story…

According to the Inquirer, a Bucks County woman filed a lawsuit last week against the owner of a Chick-fil-A franchise in Langhorne after she reportedly bit into a chicken sandwich that contained one nasty unwanted addition: a small dead mouse. Yuck.

“I felt something funny on the bottom of the bun,” 46-year-old Ellen Manfalouti said in an interview with the newspaper. “I turned it over. I said to [my coworker], ‘They burned my roll really bad.’”

After throwing the charred sandwich on the table, the Holland resident and her lunch buddy noticed the rodent’s whiskers and tail. That was this past November. The defendant in Manfalouti’s negligence suit, Dave Heffernan, has declined to comment on the incident. Bill Davis, Manfalouti’s attorney, says his client only decided to sue after months of Heffernan allegedly stonewalling their attempts to address the situation.

Manfalouti is seeking $50,000 for the reported physical and psychological damage she was forced to endure. “I had anxiety and nightmares, which I still do,” she told the Inquirer. “The first month was really rough.”

The lawsuit contends that both Heffernan and his employees “failed to supervise employees who intentionally and/or knowingly served a sandwich to a customer with a dead rodent baked into the bun” and “failed to have proper procedures in place to inspect their own food products before selling them to customers.”

Davis said that corporate tried to push the blame onto Heffernan’s franchise, who in turn faulted the bakery that supplies the buns. “The franchise itself has never said who supplied the buns for their sandwiches. I have given them every chance in the world to talk to me about it and give their side, but they just referred it to their insurance company, who in turn has not engaged in any real conversation,” he said.