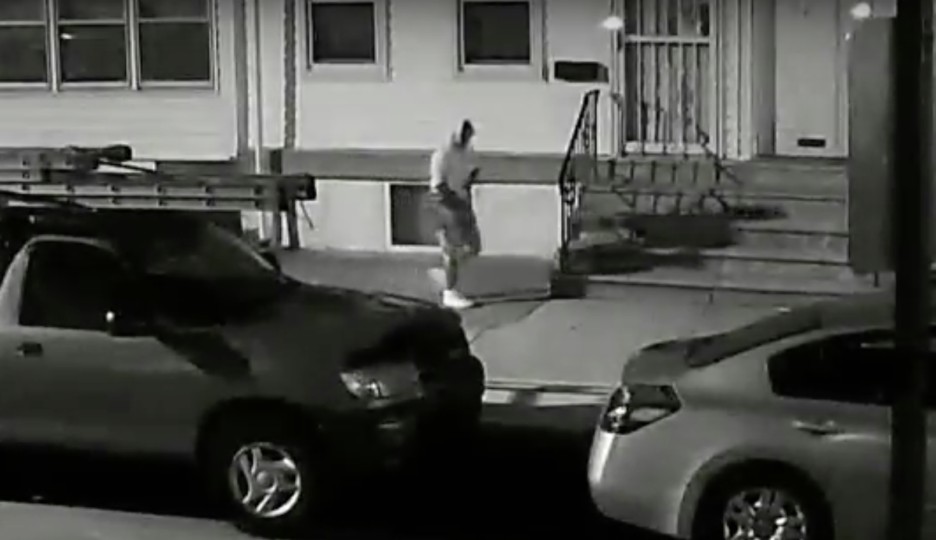 Officials are offering a $15,000 reward for information leading to the arrest of a suspect accused of dousing police and fire vehicles in gasoline last week.

Police said they found multiple cars covered in the flammable liquid around 5:30 a.m. on August 8th in the 12th District headquarters, located near 65th Street and Woodland Avenue in West Philly. Several empty gas cans, as well as a shirt, a sheet and a pair of boots were also found inside the garage, according to officials. Fire Marshalls are treating the incident as arson.

The PPD released surveillance video of the suspect on Tuesday morning. Police say footage reveals the unknown man entering the parking garage, which is located below the building. According to officials, the man doused a sheet and other items in gasoline, forming a path to the vehicles, which are both city-owned and privately owned, then appeared to attempt to start a fire on the path leading to the cars.

Police say the suspect entered the garage six times over a one-hour period. In one instance, he is seen outside the garage pushing a baby stroller and wearing a white bed sheet over his body. Police said the stroller was later recovered by an unknown female. It’s not clear at this time whether or not a child was inside the stroller.

The suspect is described as a 35- to 40-year-old African-American male with a thin build and full facial hair. He can be seen wearing faded jeans and white sneakers. Officials believe the suspect might be homeless and known in the area.