The New Jersey senator's legislation is likely doomed – but it's a clear statement to an administration that has called for a crackdown on marijuana use. 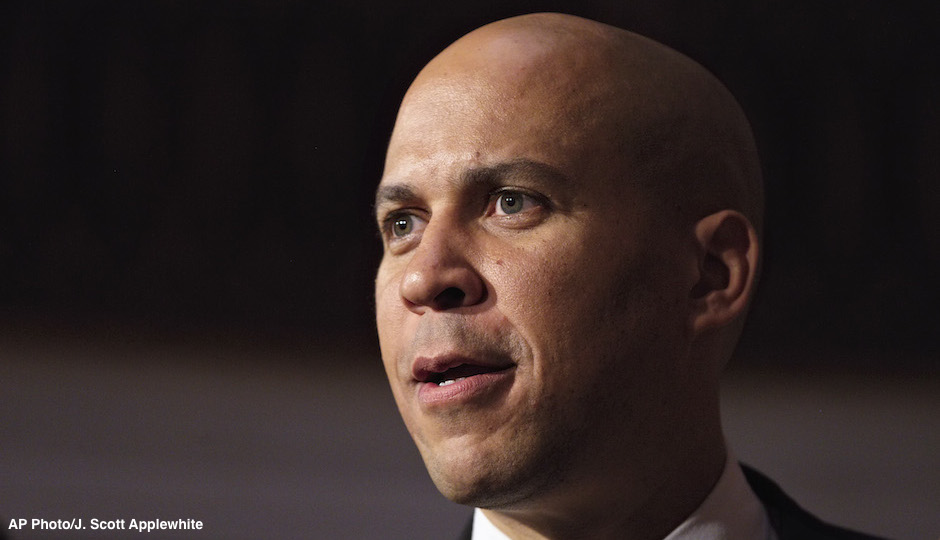 Booker detailed the bill in a 35-minute Facebook live post Tuesday. The senator said the legislation is aimed at addressing the “War on Drugs,” which he said disproportionately affects low-income communities and people of color.

“Our country’s drug laws are badly broken and need to be fixed,” Booker said in a statement addressing the bill. “They don’t make our communities any safer – instead they divert critical resources from fighting violent crimes, tear families apart, unfairly impact low-income communities and communities of color, and waste billions in taxpayer dollars each year.”

The Marijuana Justice Act would remove the drug from the Controlled Substances Act, making it legal at the federal level, and automatically expunge federal marijuana use and possession crimes. It would allow the government to use federal funds to incentivize states to change marijuana laws if the drug is not legal in state or if the state’s laws are found to target low-income individuals and people of color. Those currently serving time in federal prison for marijuana use or possession crimes could petition courts for resentencing.

The legislation from the possible future presidential candidate has no cosponsors and is likely doomed – but it’s the “most ambitious marijuana bill we have seen in Congress,” Drug Policy Alliance associate Queen Adesuyi said in a statement.

The bill sends a clear message to the Trump administration, which has spoken out against marijuana use. In May, Attorney General Jeff Sessions asked congressional leaders to undo federal safeguards for medical marijuana programs that have been in place since 2014.

A similar bill introduced by Vermont Sen. Bernie Sanders in 2015 stalled in the Senate Judiciary Committee.