Get to Know: World Series of Poker Champ Scott Blumstein

The Brigantine native dishes on fake money, his favorite Atlantic City casino, and whether it’s Taylor Ham or pork roll. 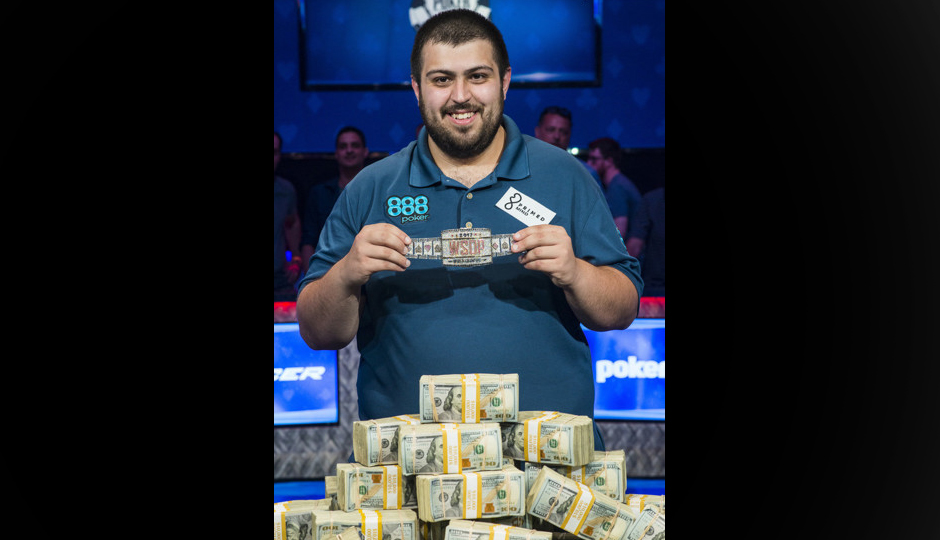 Scott Blumstein just took home $8.15 million and a really fancy diamond bracelet as the winner of this year’s Main Event at the World Series of Poker in Las Vegas. The 25-year-old Temple grad’s unexpected victory has thrust him into the sport’s professional ranks and boosted his bank account past the likes of local D-list celebs Joey Lawrence (WHOA) and Biff from Back To The Future.

The Brigantine native was nice enough to put the party on hold and take a few minutes to chat with Philly Mag about fake money, his favorite Atlantic City casino and whether it’s Taylor Ham or pork roll…

So how does a 25-year-old kid from Jersey end up winning the WSOP?
Poker was always part of my life. I fell in love with the game as a kid. I went to Temple and didn’t play a ton there but I still watched it on TV whenever I could. Out of school I’ve been trying to play professionally and make a living playing poker.

Was that money you posed with after winning the event real?
Yeah, I guess it was. I didn’t really take the time to run any checks or anything but I think they bring out real cash and just throw it on the table.

Who taught you to play poker?
I think when I was real young I used to play Crazy 8s with my grandmother and that was my introduction to card games. As far as poker goes, it was a bit of doing my own independent study and the repetition of playing. Obviously I seek out the advice of players a little smarter than me, trying to absorb what they have to say.

Is poker your full-time job or just a well-paying hobby?
As of this event I would say it’s been my full-time job.

How many hours a day do you play on average?
I play about four hours a night. Basically I’ve been an online player for the last little bit.

When did you think you could turn pro?
Quite frankly, it was as simple as I got out of school and didn’t want to be an accountant. I didn’t want to do the thing I was probably supposed to do.

When did you think you actually had a chance at winning the event?
It was day five. I started the day at a pretty tough table, but I looked at this empty seat a couple tables over by this guy with big cash. I would say that was my first real test. Once I got through that day and ended up bagging a really good stack, I thought I could make a run.

First thing you did in Vegas after winning?
My family and friends were out there with me. They gave us a suite at the Rio and we had a little party.

Is it called pork roll or Taylor Ham?
Taylor Ham.

Food I have to get when I’m in Philly is…
Nachos and Crabfries at Chickie’s & Pete’s.

Most money I’ve lost in one hand…
Was probably not as much as you would think. Before WSOP maybe $2,000.

Most cash won in a casino (outside of WSOP)…
Last year around this time I was lucky enough to win a tournament at the Borgata for $200,000.

Have to ask – any plans yet on how you’re going to spend the $8 million?
I really don’t. I definitely want to do something smart with it. Something that is beneficial to people in society. I’m considering entering the business foray to use the money for good and grow it.