Hide your young children before opening this story … seriously. 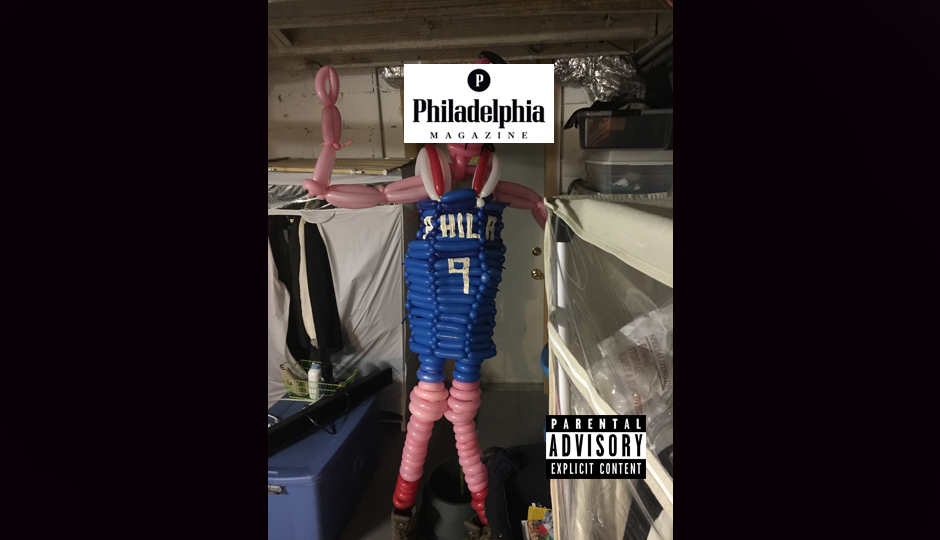 So the weirdest thing to happen in Philly so far this week was the discovery that some nut was looking to trade a “life sized” Joel Embiid balloon animal for power tools on Craigslist. A totally reasonable and normal request, right? Nothing to see here, officer…

But being the curious guy that I am, I decided to take a deep dive into the whimsical world of online bartering and got in touch with this black market seller to see if he received any offers for balloon JoJo. I honestly didn’t know what to expect.

Who would want an Embiid balloon animal that was not just comically big, but also more on the Danny DeVito sliding scale of life-size rather than the Sixers big man’s listed height of 7 feet? And even more pressing: Who the fuck would make such a ridiculous thing in the first place!?

The artist (feel free to eye-roll) is a 27-year-old dude from Ardmore who describes himself as a “some sort of balloon prodigy.” Prodigy may be a stretch, but this guy Chris definitely went a little overboard with the balloon-making for a while there. Chris told Philly Mag that he was recently working on a balloon scene of “DeShaun Watson to Hunter Renfrow” (the winning play of the 2017 NCAA football National Championship game) but gave up after he ran out of Clemson orange and “got bored with balloons.”

Now Chris is looking to get into woodworking, but he says nobody offered any of the tools he wanted. He’d rather have cash anyways – but good luck. The opportunistic Chris says his Embiid is worth at least $300. He plans to set up a website to take “credit card deposits for serious orders” so he can “have something to show for all of this.”

“So far all I’ve gotten is 1,000 free balloons from Partyland in Ardmore and an unlimited bar tab when I bring the balloon back to McShea’s in Narberth,” Chris said.

I would tell Chris to quit while he’s ahead, although he does have an ace up his sleeve: The creepiest Dario Saric balloon animal that you’ll ever see. Seriously, this thing looks like a demented sex doll that will haunt your dreams for weeks: 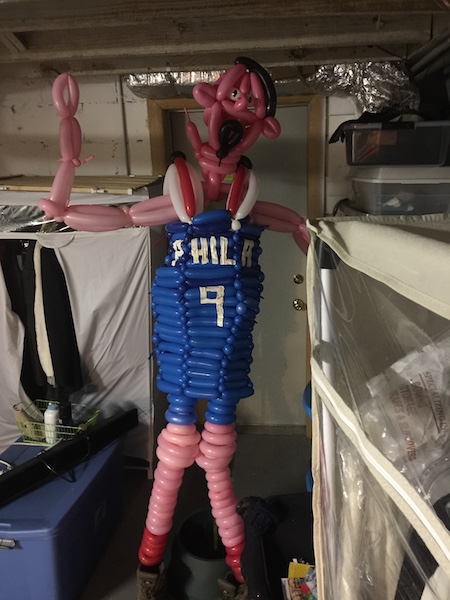 Creeper Dario would make an incredible Halloween decoration for Process trusters. If I were Chris, I would team with local party stores and start marketing this baby that way. Or better yet, just pick up my old pal Joel and get smashed every night at McShea’s instead.