Most media about Krasner has focused on his politics, not personhood. The latest episode of Pushback explores the backstory of the insurgent DA nominee. 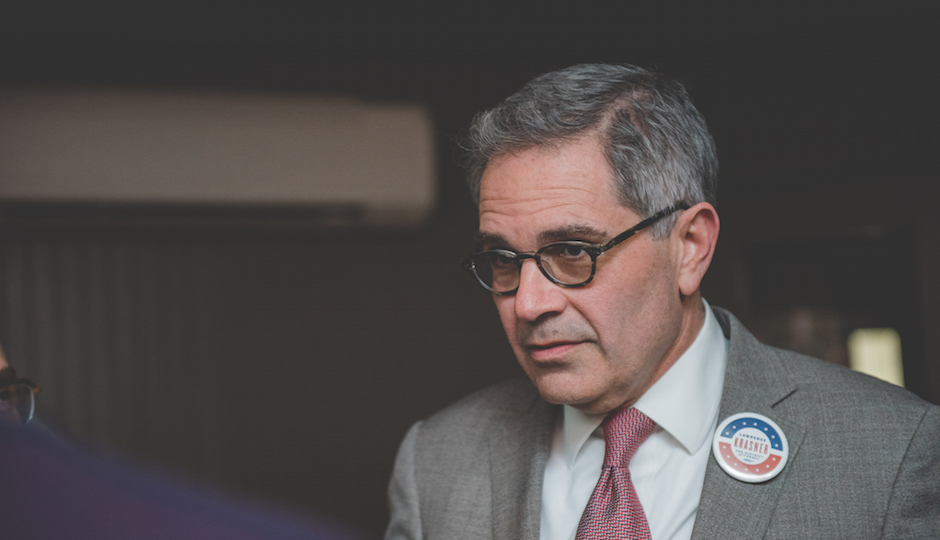 Larry Krasner, the Democratic nominee for district attorney of Philadelphia, has a higher profile today than he’s ever had. The New York Times, Atlantic, Slate, The Nation and Fusion are just a handful of the national media outlets that have profiled the criminal defense attorney who sued the city government and its police department more than 70 times. Most of the recent articles about Krasner have centered on politics and not his personhood, which, in an election cycle, kind of makes sense. But who he is and what informs his unique theories on justice — the backstory of an unlikely political heavyweight, should he prevail in the November 7th general election — has largely flown under the radar. At least until now.

In the latest episode of Pushback — a collaborative podcast (produced by WURD Radio and Philadelphia magazine and hosted by Malcolm Burnley and I that profiles those in Philadelphia and beyond who go against the grain in pursuit of fairness, equality and justice — Krasner is profiled in his most human form (he showed up wearing A Tribe Called Quest-inspired socks). Politics is certainly discussed, but the conversation is largely dominated by his personal history.To get know to Krasner better, you’ll need to listen to the entire podcast. But for a snapshot, here are five things you likely didn’t know about him:

Pushback is available on iTunes, WURDRadio.com and PhillyMag.com/podcast. If you enjoy this episode, share with your friends and tweet us your thoughts with the hashtag #Pushback.