Bar Fight Over the Eagles Key in Latest Push for N.J. Bail Reform

A Cowboys fan jailed in the brawl is fighting the state's shift away from a cash bail system. 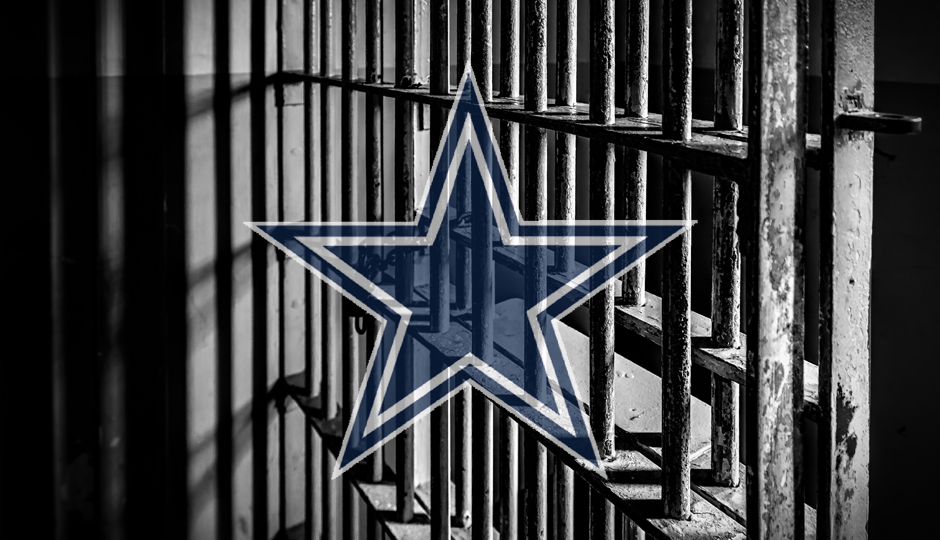 The story of the latest fight for bail reform in New Jersey begins in a bar in Sicklerville, where an argument between two Eagles fans and a father-son tandem that cheers for the Dallas Cowboys and Pittsburgh Steelers (don’t ask us how) sparked the literal tossing of fists back in April. It was a beat down really, and the Birds fans were unfortunately on the receiving end.

According to NJ.com, Winslow Township police officers arrived at Joe’s Tavern on Williamstown Road on the night of April 6 to find a 36-year-old man unconscious and suffering from a head injury in the parking lot. Inside, the son of the bar’s owner was treating a broken nose.

The officers were told that a fight broke out following a heated debate over football allegiances between the two injured men and two others who fled. A short while later, 32-year-old Brittan Holland and his father, 56-year-old Christopher Hoffman, were in police custody.

Hoffman, who was reportedly arrested in Steelers slippers, was released after being charged with third-degree assault for his role in the fight. Holland – a self-admitted Cowboys fan – was booked for second-degree assault and ended up at the Camden County Jail.

A new criminal justice system implemented in New Jersey this past January largely replaced the state’s previous cash bail policy, empowering judges to decide whether defendants should be held based on a “risk assessment tool” that considers the suspect’s charges and their criminal history. Critics of a cash bail system argue that it puts an unfair burden on poor suspects of low-level offenses who are forced to remain behind bars because they can’t afford to bail themselves out.

Under this new procedure, a federal class action lawsuit filed on behalf of Holland and a Baltimore bail bonds company states that the plaintiff was denied cash bail and ordered to wear a GPS-tracking ankle bracelet, as well as submit to routine check-ins during the pre-trial process.

The lawsuit, filed earlier in June by Paul Clement, a former U.S. Solicitor General under President George W. Bush, says the restrictions placed on Holland meant that he could no longer go food shopping or take his son to baseball practice.

“Given [Holland’s] ties to the community and lack of a criminal record, he would have been eligible for release on bail before New Jersey’s enactment of the CJRA,” the lawsuit states. “And he could have paid a non-excessive amount of bail to secure his future appearance, likely with the help of a surety company like Plaintiff Lexington National. He then would have enjoyed his full pre-trial liberty, just like any other presumptively innocent member of society. Instead, under the CJRA, the court never had the option to set bail, let alone to give Plaintiff Holland the opportunity to post it.”

Named as one of the defendants in the suit, New Jersey Attorney General Christopher Porrino said in a statement that the new release system “continues to meet its dual goals of protecting the community by detaining without bail the most dangerous defendants, while at the same time minimizing pre-trial incarceration of low-risk, indigent defendants.”

With similar criminal justice reform under consideration in several other states, the outcome of this lawsuit could have a major impact on both government in the future and the survival of the bail bond industry. Legal challenges already filed in New Jersey have yet to overturn the state’s changes.