OPINION: Complicity and the Gayborhood

It's not those fighting for change within our city's LGBTQ community who are causing division, but those who want things to remain the same. 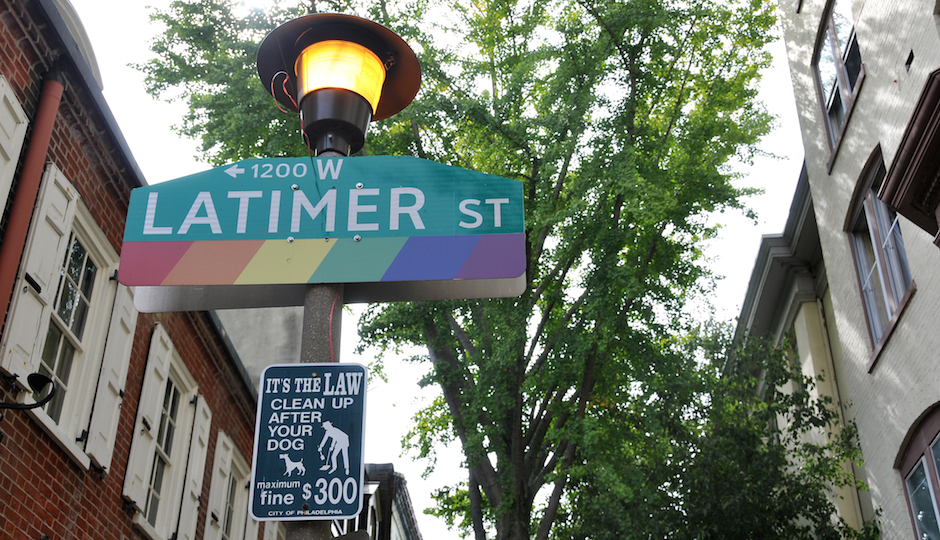 Last Wednesday, June 14th, was just an odd day. Not only was it the birthday of our current president, but also a reminder that progress is a journey full of unfortunate setbacks.

One such setback occurred at a book signing for a black gay media colleague of mine from New York at the Ethical Society in Rittenhouse. The evening affair, which opened with a Q&A followed by a meet-and-greet, was packed mostly with black LGBTQ community members who came to hear a first-time author offer perspective on writing a collection of personal essays that explore self-discovery, resilience, and cultural empowerment. Such themes resonated with a crowd of people who have themselves experienced the power of fighting for survival and inclusion while facing discrimination and erasure.

As I arrived, toward the end of the Q&A, people in the back of the room began to murmur of a “surprise announcement” that was going to take place. At this point in my career, I’ve been to enough book signings to reasonably presume that such surprises are usually an unexpected VIP guest appearance or something free. Well, in this case, my prediction was right for all the wrong reasons.

“Are we still doing this?” the author asked a community member in the back of the room who was helping with the event. The man in the back gave him a nod, after which the author began to speak rather generically about the issues surrounding racism in the Gayborhood and how the owner of “one of those bars … ICandy” — whose name he needed help remembering — had bought 20 copies of his book and wanted to donate them to the LGBTQ nonprofit Attic Youth Center.

“This is a first step,” the author said before calling a shellshocked representative from the organization to come up on stage. The rep, a long-time black staffer, looked flabbergasted and uncomfortable as he told the crowd “I don’t know how I personally feel about [the donation],” but given the charity element, he accepted the books.

The author could have been slain by the wave of glares in the room. A few guests immediately walked out, while others doled out fake applause in an attempt to salvage the now-disastrous event. To me, it felt like a bizarre slap in the face: ICandy owner Darryl DePiano — who hasn’t made many public appearances in the Gayborhood since being exposed for referring to black patrons as “niggers” repeatedly on video — was now invading black queer spaces with mediocre “charity” donations as “a first step.” As if buying $300 worth of books could help address the deep hurt caused by several alleged discriminatory incidents that took place at his establishment. What was supposed to be a book signing that affirmed the black LGBTQ experience turned into a failed stop on a reconciliation tour for a slur-hurling white man.

I didn’t bite my tongue as I told one of the book promoters that the decision to do this was in poor taste; around the same time, the Attic Youth Center representative circled back to return the donated books. As a result of my vocal dissent, I was abruptly escorted out of the event. It seemed as though $300 was more valuable than the concerns of a community member being triggered by witnessing a nonprofit get exploited.

The betrayal stung me with the same hurt I felt after watching DePiano’s slur video for the first time. “How could one of our own?” I asked myself back in September, in reference to another member of the LGBTQ community expressing racism. This time, I was asking myself the same question but referring to a member of the black LGBTQ community being complicit.

This year’s Pride month has been filled with instances of complicity, reinforcing the notion that perhaps the Gayborhood isn’t ready for the change it preaches. Whether it is people taking issue with the city’s Pride flag now having black and brown stripes or folks bashing those who choose not to attend Philly Pride Presents events this year, the reluctance to acknowledge that things can’t remain the same is strong.

After the city finally confirmed that racism in the Gayborhood is “a disturbing reality for many,” the community should have been ready to be more visibly proactive in creating solutions to help address the issues. While the Office of LGBT Affairs has been more responsive lately, the rest of the Gayborhood has been sluggish on implementing the necessary changes for all to feel included. Philly Pride Presents still has a Trump supporter as its senior adviser, Gayborhood bars are only complying with PCHR recommendations because they are being mandated to, and nonprofit boards remain heavily white.

Meanwhile, LGBTQ people of color are being chastised on social media for expressing their feelings that change isn’t being fully embraced throughout the entire community. We are constantly told by others who are more privileged, more cisgender, and more white what the Pride flag represents, what the community stands for, and what Pride weekend is all about — but they fail to understand that their lived realities aren’t indicative of everyone else’s. This is exactly why the complicity persists — it stems from a lack of empathy that’s now keeping us all in limbo.

At this point, redundant community town halls and yet more dialogue are not moving us forward. The more people think these issues are up for debate, the more they feel inclined to stick to their same outdated, ultimately restrictive notions of inclusion. There can’t be any compromise on our moral obligations on inclusion if we expect discrimination to end: Going with the flow of continuous marginalization while allowing our social and commercial desires to derail institutional progress will keep us static.

Change within the Gayborhood shouldn’t be dictated by those who control the vast amount of institutional resources, leadership positions, and capital — but leveraged by those who feel marginalized by those within it.