The message that racial disparities in marijuana arrests gives city residents is that the plant is dangerous for some people but not others, says Keir Bradford-Grey. 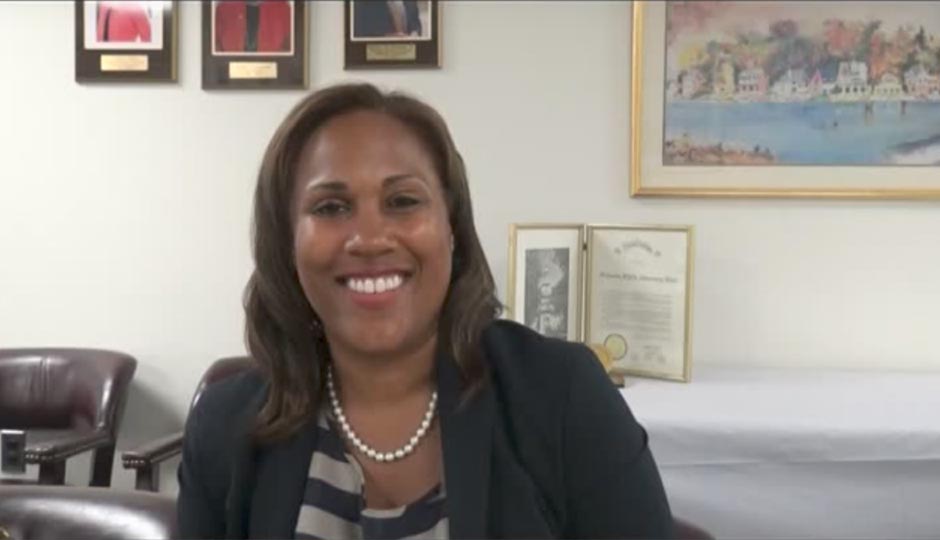 When progressive billionaire George Soros tried to lure Keir Bradford-Grey into running for district attorney in Philadelphia earlier this year, she passed up the opportunity. Bradford-Grey had unfinished business in her current role: The chief defender at the Philadelphia Defenders Association is also a self-described activist who, in her own words, is hell-bent on reducing racial bias in the criminal-justice system.

“I am never going to be OK with people being oppressed by this system and being marginalized. That will never sit well with me. … It’s not in my DNA,” says Bradford-Grey on the most recent episode of Pushback, a social-justice podcast available on iTunes that’s produced by Philadelphia magazine and WURD Radio. Pushback profiles those in Philly — and beyond — who push back on oppression, injustice, and inequity.

Bradford-Grey fits the bill unquestionably. The Philadelphia Defenders Association represents in court anyone who can’t afford a lawyer in the city. As such, the PDA keeps close track of all the arrests that take place in the city and how policing is changing. One topic that’s affected her office’s work over the last few years has been the decriminalization of small amounts of marijuana, which was adopted by City Council ordinance in 2014.

On Pushback, Bradford-Grey — the former chief public defender of Montgomery County — indicates that if she had run for DA, marijuana enforcement would certainly have been one of her talking points. Still, as chief defender, she remains optimistic (regardless of the national rhetoric around resuming a War on Drugs) that progressive policies are obtainable in Philly when it comes to the policing of drugs. That optimism, of course, is tempered by the racial disparities that continue to persist in marijuana (and other drug) arrests. In 2016, according to Bradford-Grey, there were more than 750 marijuana-related arrest and prosecutions, though some of those Philadelphians were allowed to enter a diversionary program — a path she has championed throughout her career.

Among other topics, Bradford-Grey discusses the Philadelphia Police Department’s track record on diversionary programs, how she sees differences in how police officers monitor Rittenhouse Square versus 52nd and Pine, and how she squares her role as an activist with being the leader of a public organization.

The full conversation with Bradford-Grey, plus an in-depth interview with Anthony Hirschbuhl, a Black Philadelphian who was arrested at age 15 for possessing a nickel bag of marijuana, is available for your listening pleasure below, on “>iTunes, WURDRadio.com and PhillyMag.com/podcast. If you enjoy the episode, share with your friends and tweet us your thoughts with the hashtag #Pushback.