The jury could potentially begin deliberating as soon as Monday afternoon. 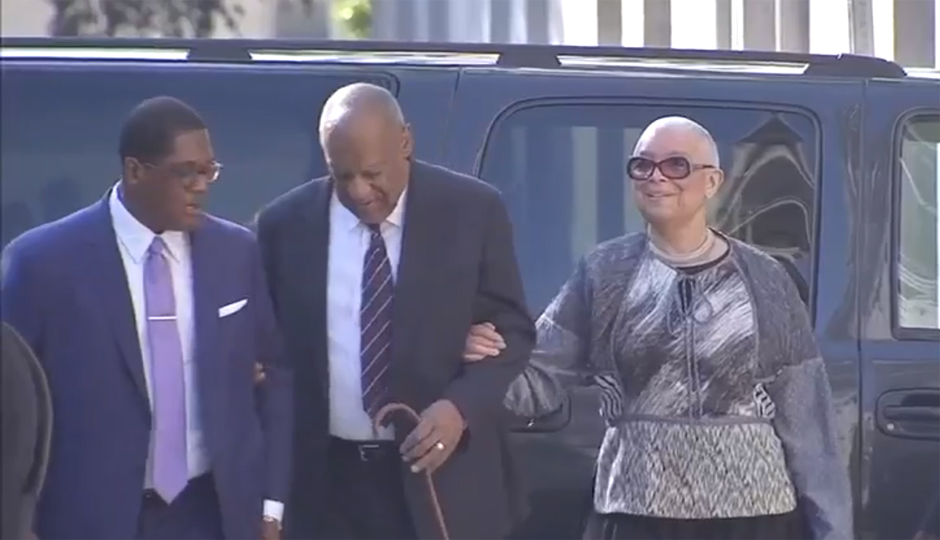 Defense attorneys representing Bill Cosby have rested their case after the disgraced Philadelphia comedian opted not to testify at his trial on sexual assault charges in Montgomery County.

Cosby was flanked by his wife of 53 years as he entered the Montgomery County Courthouse in Norristown on Monday morning. The appearance marked the first for Camille Cosby – who has maintained her husband’s innocence – since the high-profile trial kicked off a week ago.

The entertainer is facing three counts of felony aggravated indecent assault that stem from allegations that he drugged and sexually assaulted former Temple University employee Andrea Constand at his home in 2004. Dozens of other women have accused Cosby of engaging in similar behavior throughout his illustrious career.

Cosby told Judge Steven O’Neill that he conferred with his attorneys and agreed with their recommendation that he not take the witness stand. Whether Cosby would testify was the trial’s biggest unknown, fueled by comments the 79-year-old’s spokesman made last week suggesting that it wasn’t out of the realm of possibility.

Cheltenham Township Sgt. Richard Schaffer was the lone witness called by the defense on Monday. His brief testimony reminded jurors that Constand had once visited Cosby at an out-of-state casino and that the former I, Spy star’s vision problems had been known to police for more than a decade.

Schaffer led the police department’s investigation into Cosby after Constand filed her initial police complaint in January 2005. He testified as a witness for the prosecution last week.

The defense rested after O’Neill rejected the defense’s petition to call a second witness – a woman who had once worked with Constand at Cosby’s alma mater. No other character witnesses were called on Cosby’s behalf.

The jury could begin deliberation as soon as this afternoon after hearing each side’s closing arguments. Cosby is facing serious jail time if he’s convicted.