The Best Thing That Happened This Week: Our Giraffe Count Stabilized 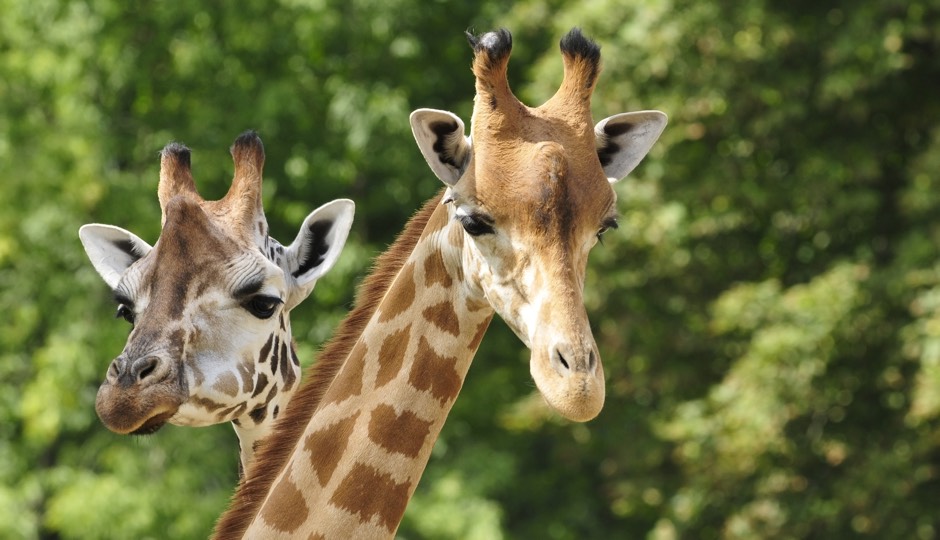 We have a soft spot for giraffes. They were our mom’s favorite animal, for some peculiar reason. (How does a South Philly girl end up loving giraffes?) Also? They’re just so weird and graceful — living, breathing embodiments of evolution’s strange designs. (The name is from the Arabic for “fast walker.) They’re the tallest creatures on Earth — the tallest ever measured was more than 19 feet high! (Find out what the giraffe says here.)

Anyway, we keep an eye out for giraffe news, and were saddened to learn that the area lost two of them recently. Waylon, who’d been on loan to Norristown’s Elmwood Park Zoo, got unloaned a week or so ago. Then, six-year-old Ernie of the Lehigh Valley Zoo died last Sunday, presumably of a neck injury he suffered while tussling with his father, Murphy. (That male-dominance thing … )

But then came word that Elmwood Park has got two new giraffes: four-year-old Gerald, courtesy of the Great Plains Zoo in Sioux Falls, South Dakota, and one-year-old Mokolo, from the Roosevelt Park Zoo in Minot, North Dakota. Hey, kids! We think you’ll like the winters here a whole lot more!

And just like that, regional giraffe equilibrium has been restored.