We chat with the trans male advocate on intersectionality, masculinity, and his new book that questions the need for gender altogether. 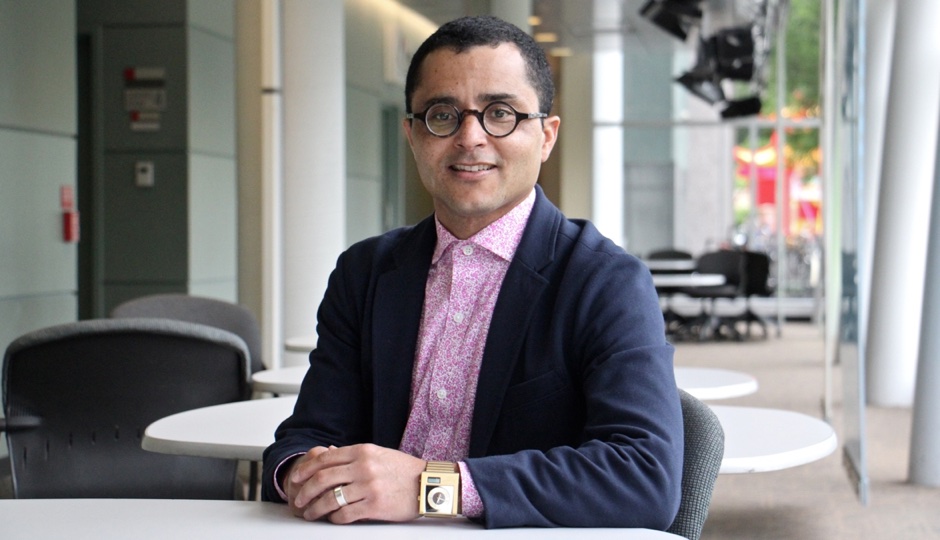 Heath Fogg Davis is a transgender male activist who teaches at Temple University, serves on the Mayor’s Commission on LGBT Affairs, and is a member of the Trans Masculine Advocacy Network (TMAN). We chat with the advocate on being a trans man of color, exploring masculinity through activism, and his new book, which challenges the role gender plays in society.

Tell us a little bit about yourself.
I’m a professor at Temple University, where I teach courses on political philosophy, anti-discrimination law, and public policy. I also consult with businesses, schools, and organizations to help them imagine, develop, and implement trans-inclusive policies. I’m also an appointed member of the Mayor’s Commission on LGBT Affairs here in Philly. My activism has included being a member of TMAN, serving on the planning committee of the Philadelphia Trans-Health Conference, and serving on the board of the Leeway Foundation. At Temple I’m an active member of our LGBTQIA staff, student, and faculty coalition. I’m the faculty advisor for Temple’s STAR (Students for Trans Awareness and Rights).

You are transgender man of color in a community that doesn’t often hear about your experiences. What are the unique barriers transgender men face in the city and throughout society?
The challenges facing trans men of color, and black and brown trans men in particular, are a lot of the same things that cisgender men of color face, such as race-gender profiling and all the kinds of discrimination that stem from that. Christian Axavier Lovehall, the current organizer of TMAN, has written really eloquently about this experience. You go from being perceived as a black or brown girl/woman and discriminated against based on those stereotypes to being a black or brown man and getting saddled with that set of stereotypes. Experiencing firsthand how our society treats black and brown men is traumatizing. For those of us who presented as masculine or androgynous girls/women in the past, we also carry around a lot of wounds based on our experiences of being gender-policed. At the same time, because our society polices femaleness more heavily and differently than maleness, a lot of us benefit from not being read as trans in everyday life. Our trans sisters often bear the brunt of transphobia and oppression more relentlessly if they’re not able or don’t wish to meet prevailing standards of raced and classed femininity and beauty.

You’re a professor at Temple University. How do you navigate the academic space being transgender in a field that’s becoming more inclusive?
In the early days of my transition, it wasn’t easy. I think many people don’t realize the enormous amount of time and energy, not to mention money, it takes. Changing sex markers on various bureaucratic records and documents, and informing one’s employer and students felt like a full-time job. It was exhausting. I’m also more introverted than extroverted, so having to go explain to the DMV and the Social Security office, and human relations that I needed my gender markers changed was difficult. It took me a long time to recover from all of that. It’s a major reason why I’m so passionate these days about getting rid of gender markers as much as possible, so that others don’t have to go through what I experienced.

You’re a member of the Trans Masculinity Advocacy Network (TMAN). What have you learned the most from other local trans masculine individuals in this space?
TMAN was so incredibly important and helpful to me in the early years of my transition. The thing that stands out most when I think back to those Monday-night meetings we had is how good and affirming it felt to sit in a room with people who knew a lot of what you were going through before you even told them. It felt so good just to be in the room with these folks. I think that there’s real value in Facebook groups and other online communities, but nothing compares to having that face-to-face human connection of being in one another’s presence, sitting together in a circle, and feeling that support. Sometimes the room was packed, and at other times there were just three or four of us. But it didn’t matter. The meeting was happening, and there was always someone there for you, in the literal sense of that saying — really there for you. That said, as with any group, we had a lot of differences among us having to do with class, sexual orientation, age, and cultural backgrounds. That ruffled some feathers. I came to the group with a lot of class privilege and cultural differences, having grown up in a white adoptive family as a biracial (black and white) person. And although I identify as queer, I have a wife and I’m a dad, so I have to own the social privileges that come with that. Tying all of our differences together, however, were a lot of things we had in common: being racially profiled and discriminated against as black and brown men; navigating whether and how to come out in various settings such as school, family, and workplaces.

Your new book, Beyond Trans: Does Gender Matter?, has just been released. In the book, you discuss the concept of gender being factored out of numerous things, including census surveys. Why do you think excluding gender in such a way will liberate us as a whole?
The gender question on the census is actually one of the administrative sex classification policies that I think has a lot of potential to be useful. The argument I make in the book is that we should always ask whether a gender policy is necessary. To do this, we need to think about the purpose of a given policy. Why are we being asked to check a male or female box on a form? More often than not, there is no good reason for asking about sex identity. But sometimes it makes sense and is tied to a legitimate policy goal. I think it makes sense to keep track of gendered experience statistically for the purposes of affirmative-action measures. For instance, it’s legitimate, in my view, that an employer should have numerical goals concerning gender equity. The census could be a good way to collect aggregate gender data. It’s also a self-reporting survey instrument, so there’s an opportunity for individuals to share their gender identities and relevant experience on their own terms.

As with any gender policy, the onus should be on the administrators of the census (the federal government) to clearly explain on the form what definition of gender/sex is being used. There’s a huge assumption that when we ask about sex classification that we all know what that means. Trans and intersex experiences challenge that assumption directly. Who counts as male? Who counts as female?

And coming back to your earlier question, we should also keep in mind that our sex/gender experiences are always complicated by race, class, and sexual orientation. A lot of times, people see “trans discrimination” as something that affects a tiny number of people who are visibly trans or that adopt that label. So why should the majority have to change in order to accommodate us? I show that “trans discrimination” affects a lot of people who don’t identify as trans, such as anyone whose appearance is in any way gender-non-conforming. And even cisgender straight people will benefit from fewer gender policies. Think, for example, of public restrooms. Gender-neutral restrooms help “trans appearing” people, but they also help parents of opposite sex children and caretakers of adults who require assistance using public restrooms. Policies that add a third gender option don’t go far enough, because they leave intact the primary source of gender-identity discrimination: sex-classification policies themselves.