OPINION: Why the Left Won’t Stop at Toppling Confederate Monuments

Nickels: Once you get a taste of erasing history, how can you ignore iconic racists like Abraham Lincoln and Walt Whitman? 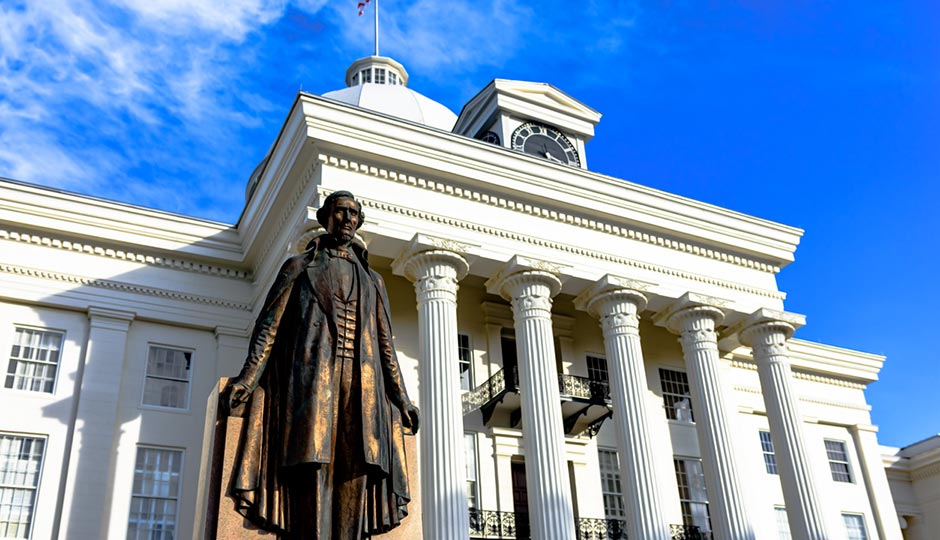 If there’s one thing about the progressive left you can be sure of, it’s this: What it promulgates today will be five times more radical tomorrow. This is why the current mania to have statues of Confederate war heroes removed from the squares of southern cities should be viewed with extreme caution. It won’t just be literal takedowns of Robert E. Lee, Jefferson Davis, or General P. G. T. Beauregard (all supporters of slavery) from cities such as New Orleans — tomorrow the left’s censorious probe will encroach into areas heretofore unimagined.

For example, I could easily see denunciations of American icons Walt Whitman and Abraham Lincoln, men who were against slavery but whose views on race would be considered racist today. While Lincoln wrote “If slavery is not wrong, then nothing is wrong,” he also wrote “There is a physical difference between the white and black races that will forever forbid the two races from living together on terms of social and political equality.” Whitman, for his part, believed that blacks were less evolved that whites, and he questioned the black race’s survival in the American democracy. In one reference to blacks, he even called them “so many baboons.”

Racist by 21st-century standards, indeed, but as Whitman scholar David S. Reynolds wrote: “Yes, Whitman was racist, but so was virtually every other white person then alive in America ….Lincoln often said racist things, and yet he was the Great Emancipator.”

Going after monuments is perhaps a safer bet than going after deceased writers and former U.S. presidents, but it’s a lefty coat of primer promising more to come. Throughout history, monuments commemorating men with unpopular ideas often disappeared with regime changes. Think of the ancient Romans demolishing the busts of former emperors, or the statue of King George III destroyed by American colonists during the Revolution, or the statue of Saddam Hussein toppled during the Iraq War. The Romans called this form of erasure from history the “condemnation of memory.” This is one way to deal with the ugly part of history; the other way is to learn from the past by allowing these monuments to remain as visible reminders of a fall from grace.

The removal of Jefferson Davis’s statue from the University of Texas at Austin in 2015 did nothing to erase the scars inflicted on slaves now long dead. Had that monument been allowed to remain, it would have remained a reminder of how far the nation has come since slavery. Erasing Civil War monuments is an insecure, childish act, as if a statue of Robert E Lee had the power to “reinstitute” slavery from the lost abyss of time.

While it’s clear that the push to remove statues of Confederate war heroes will not end anytime soon, it is good to know that towns like Oxford, North Carolina, are holding their own. A statue of a Confederate soldier was removed from Oxford’s town square to the library after an ugly race riot 1971. Erected in 1909 by the Daughters of the Confederacy, the statue has been under siege since 2009 because the forces of erasure want it moved from the library to an even more remote spot in the town cemetery. Should this be accomplished in the future, do you think this would be the end of the story? Not by a long shot, because next up will be calls for the statue’s destruction.

The left is taking us straight to the quarry of demolition. First it was the demolition of free speech on campus, now it’s the destruction of politically incorrect Civil War monuments, and tomorrow it will be a vast Orwellian condemnation of standard American heroes like Whitman and Lincoln.

The trend can be stopped if southern states follow the lead of Alabama, whose governor just signed a Confederate monuments preservation bill. While I never thought I’d be holding up Alabama as a model for anything, in this case it’s warranted. The time to save these historic monuments is now, before the left kicks in phase three of the Big Purge.

If nothing is done to protect these monuments, how long will it be before social justice warriors scrawl “racist” on Whitman’s old house in Camden, before the Walt Whitman Bridge is renamed, or before self-righteous purgers demand the removal of the statue of (pro-slavery) George Washington statue at Eakins Oval?