Aka the Philly World’s Fair that didn’t go well. At all. 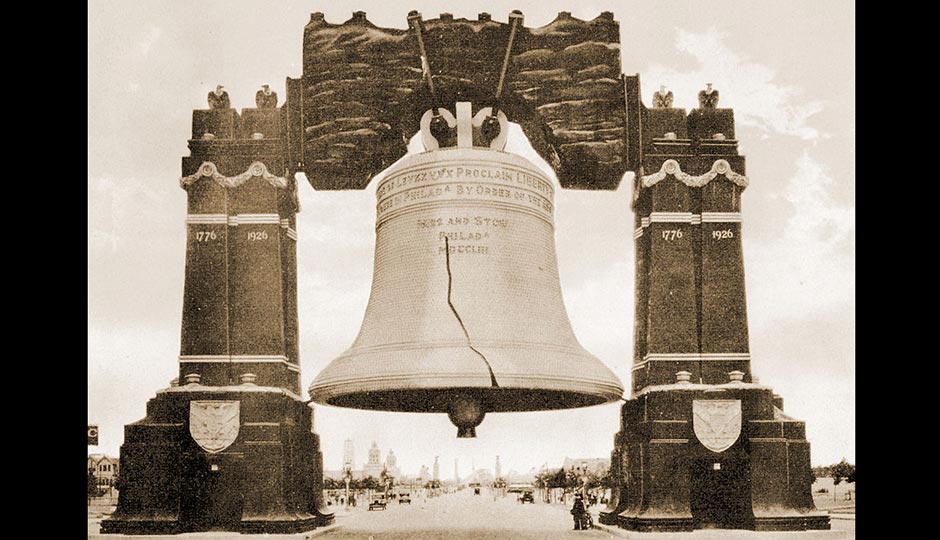 In 1876, Philly put on a Centennial Exhibition that set the gold standard for big, innovative civic parties. Fifty years later, it put on a Sesqui-Centennial International Exhibition that, well, tanked. A new book from Temple University Press, historian Thomas Keels’s Sesqui! Greed, Graft, and the Forgotten World’s Fair of 1926, has the whole sad story of the failed fair, which opened to the public on May 31, 1926. Here, some highlights from the municipal celebration that makes Frank Rizzo‘s Bicentennial debacle look good.

1. The main civic nudge behind the 1926 fair was department store mogul John Wanamaker, who was nearly 80. He wrote hundreds of editorials pushing the idea — just before the U.S. declared war on Germany in 1917. After the war, as the Sesqui ball got rolling again in 1922, Wanamaker dropped dead of a heart attack, dealing his pet project what looked like a fatal blow.

2. Pennsylvania’s new governor, Gifford Pinchot, was at war with Philly’s state senator, big-time boss Edward Vare, and refused to contribute state money to the fair. The Public Ledger newspaper took note of the “blunders, delays and mistakes” in planning for the fair and urged that it be shelved. Alas, new Philly mayor William Freeland Kendrick adopted the project, promising that the Delaware River Bridge plus the new Free Library and Museum of Art on the Parkway would be finished in time for the celebration. At a vast rally on Independence Square, Kendrick asked the 10,000 attendees to signify their support for the fair by standing. About a quarter of them did.

3. Kendrick rejected proposals to situate the fair in Fairmount Park in favor of a South Philly site that was essentially a swamp. (The New York Times derided the event as “no more than a gigantic real estate scheme to boost realty values in South Philly … the stronghold of the Vare Republican machine.” Well, yeah.) Plans called for a 100,000-seat municipal stadium, seven huge exhibition palaces in the “Aztec-Mayan” style, a surrounding moat, and multi-colored electrical lights that would make the fair a “Rainbow City.” The lowest construction bid came in at $374,000 above the city’s estimate.

4. Philly-based Hires root beer (introduced at the 1876 Centennial), Wrigley’s chewing gum, the H.O. Wilbur and Sons chocolate company and many others charged Kendrick’s handpicked director of concessions, William Abrahams, with promising exclusive rights to sell their wares at the fair in exchange for kickbacks. Kendrick also became embroiled in a feud with the city’s director of public safety, Smedley Darlington Butler, who was determined to end gambling and alcohol sales in the city. Butler estimated that “vice interests” were paying millions of dollars in bribes to police, of whom, he said, only 200 out of 4,000 officers could be considered honest.

5. On Opening Day, May 31st, a torrential rainstorm struck the city, engulfing the low-lying South Philly fairgrounds in a sea of mud and washing out recent plantings of flowers and shrubs. Only 250 visitors arrived in the first hour. In the opening ceremonies in the Municipal Stadium, there were only 20,000 spectators — 5,000 of them members of the Sesqui-Centennial Chorus — in the 100,000 seats.

6. The final speech of the opening ceremony was by Asa Philip Randolph, editor of the Socialist newspaper The Messenger and president of the Brotherhood of Sleeping Car Porters, the first African-American labor union. He’d been invited only a week before, after black citizens of the city demanded the inclusion of an African-American speaker.

7. At 10:05 p.m. on Opening Day, Mayor Kendrick’s wife threw the switch to a giant illuminated Liberty Bell replica at Broad and Oregon, igniting 26,000 electrical bulbs in amber, ivory and rose. The bell could be seen from three miles north, at City Hall. The Tower of Light, a majestic spire capped with the world’s biggest searchlight and pictured on the cover of the program, had yet to be built; only the holes for its foundation could be seen.

8. A family of five, the McHenrys, who had driven to Philly from Iowa for the fair, arrived on June 4th. After paying $1.75 for admission, they spent less than half an hour in the two main palaces, where a scant five percent of exhibits had yet been mounted, then left to tour Camp Anthony Wayne and the Navy Yard. Mr. McHenry told a Bulletin reporter that the Sesqui reminded him of a fellow he knew back home who threw a big birthday dinner: “He got so darned excited about how many he was gong to have, invitations, his speech of welcome, and the program of entertainment, he plumb forgot to order any grub.”

9. Flag Day ceremonies on June 14th were attended by the governors of Connecticut, Delaware, Maryland, New Jersey, New York, North Carolina, Pennsylvania and South Carolina, who were treated to the sight of hundreds of schoolchildren dressed in red, white and blue uniforms forming the shapes of American icons on the Sesqui fairgrounds. Alas, the kiddies soon began to faint in the hot summer sun; more than 40 were taken to the hospital. The heat was then relieved by a fierce thunderstorm.

10. Starting July 4th, the fairgrounds were open to the public on Sundays in an attempt to boost attendance. (Most people worked six days a week at the time.) This provoked church leaders across the city to preach that the Sesqui was ungodly in its violation of Blue Laws and implore their members not to attend.

11. The weather that summer was so crappy that a special theatrical performance at the stadium was cancelled after 18 of its scheduled 28 performances were washed out by rain. (Somehow that rain sounds familiar … ) While attendance slowly grew throughout the summer, the Sesqui cost some $30,000 per day to run but only took in about $25,000 a day. In a speech, Mayor Kendrick declared, “Although we are faced with a deficit of $4,750,000, I am not discouraged. In fact, I do not know what the word means.”