You can now fly nonstop between Philly and Iceland. Dagur Bergþóruson Eggertsson is here to convince you to do so. 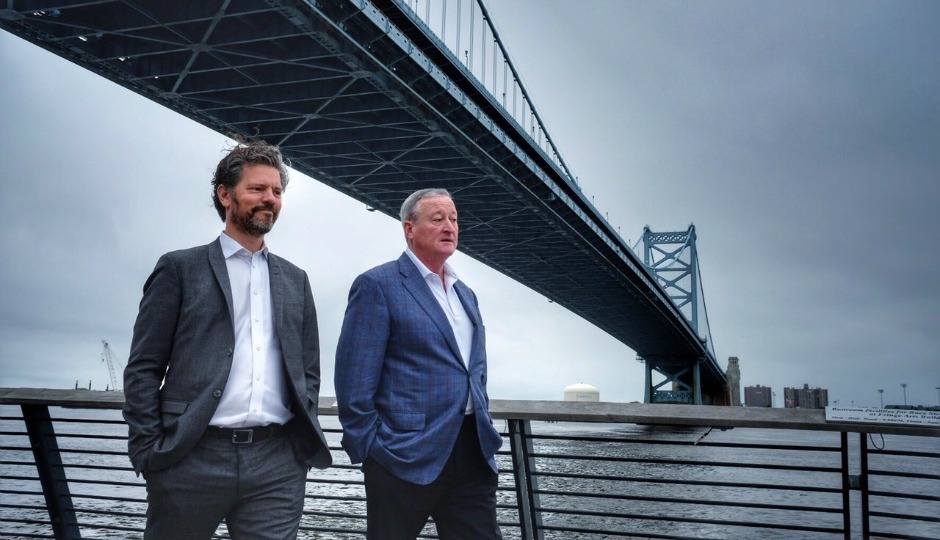 Today is the first day you can fly nonstop between Philly and Iceland via Icelandair.

And just in case you need any other reason to go to Iceland, Reykjavik’s mayor, Dagur Bergþóruson Eggertsson, could probably convince you. Really. Look at him.

Eggertsson, wearing a sleek gray suit and looking like an older, huskier version of Jamie Dornan, graced the city today while Mayor Jim Kenney gave him a tour to celebrate Icelandair’s inaugural flight.

The Icelandair flights, which take about five hours and 30 minutes, will depart from Philadelphia four days a week – typically taking off around 8:35 p.m. and landing at the Keflavik International Airport around 6:10 a.m. Greenwich Mean Time. For flight info and prices, check Icelandair’s website.

Chances are there were many double takes as Kenney and Eggertsson strolled through our streets today.

Before today's inaugural flight of @Icelandair at @PHLairport, leading Reykjavik Mayor Dagur Eggertsson on a tour of Philadelphia! pic.twitter.com/rNzuUWF6fb

Eggertsson, who became Reykjavik’s mayor in 2014 after serving as the vice chairman of the Social Democratic Alliance, has been called “the next Trudeau” (probably entirely because of his looks). Apparently, we’re not the only ones admiring him.

Also if you think I am exaggerating about how handsome Reykjavik's mayor is, nope pic.twitter.com/wQGjWkbj1V

FFS look at Reykjavik's mayor! Why are we stuck with Shinners and the occasional Ahern?! https://t.co/tQTU2JHSVc