The Phillie Phanatic Will Haunt This Adorable Baby’s Nightmares Forever

John Kruk jokingly questioned the mom’s parenting after she gave her terrified infant to the “big green guy.” 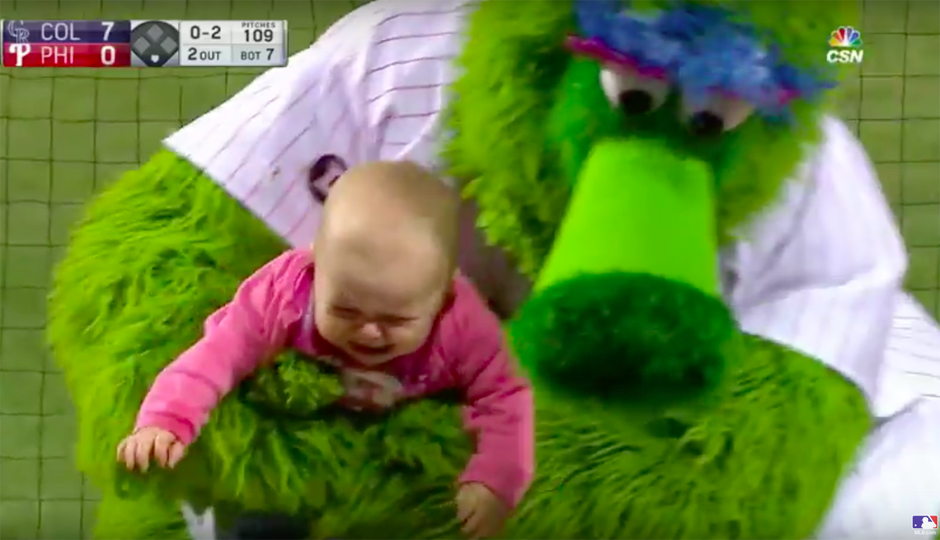 For most kids, the Phillie Phanatic is a cherished piece of the Philadelphia baseball experience. The fuzzy green mascot shoots hot dogs out of a cannon that looks like an actual hot dog while zipping across the field on an ATV. He’s constantly messing with opposing players and serves as the dancing clown to avert your attention from the terrible baseball being played by the home team. Who wouldn’t love him?

But for one young Phils fan (possibly now a Mets convert), the Phanatic was no welcome sight at last night’s game against the Rockies.

That poor little girl is never going to look at a shag rug the same way. She is absolutely mortified by the Phanatic, who tries his best to calm the crying infant he was just handed. Never at a loss for words, Phillies broadcaster John Kruk jokingly questioned the mother’s parenting skills after she freely gave her baby up to her tormentor. 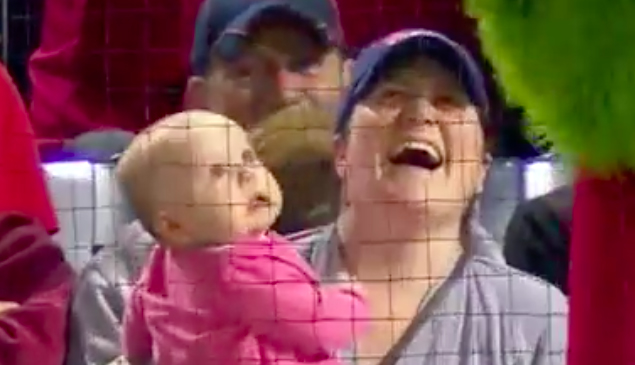 Seriously, just look at her. That’s the face of pure terror. Thank god this didn’t happen in the ’70s, when the Phanatic was really scary.

But we can’t blame this baby for being so upset. There’s been a lot to cry about with the Phillies this season. The Fightin’s are 15-29 (worst in the Majors) with a roster full of underachievers and guys who can’t seem the make the necessary adjustments. Good thing nobody was dumb enough to think that the Phils would amount to anything this year…

Heard it here first folks, @Phillies will be one of your NL Wild Card teams in 2017 (I will surely delete this tweet by the All Star Break)