The event – slated for 5 p.m. at City Hall – will be held by supporters of the Manchester United and Manchester City soccer teams. 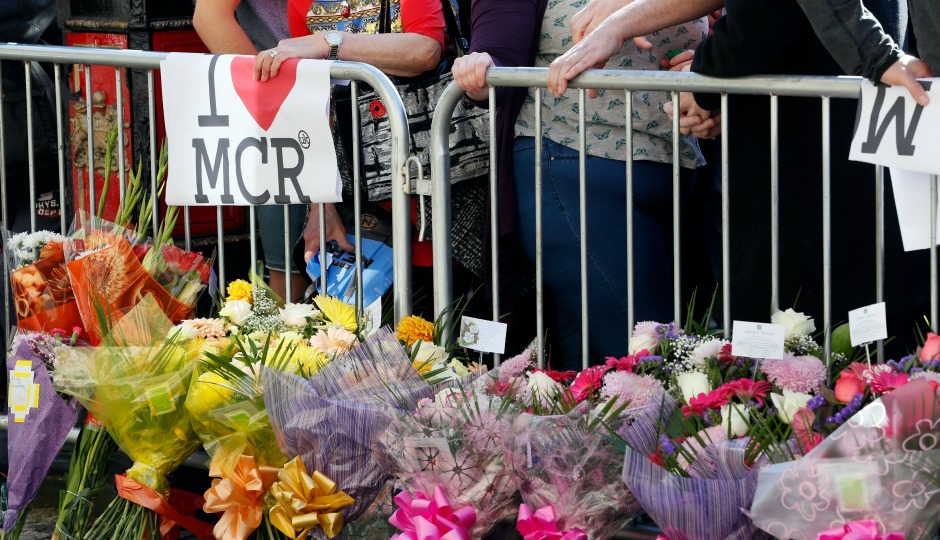 People attend a vigil in Albert Square, Manchester, England, Tuesday May 23, 2017, the day after the suicide attack at an Ariana Grande concert that left 22 people dead as it ended on Monday night. (AP Photo/Kirsty Wigglesworth)

Following a horrific terrorist attack that left 22 people dead and at least 59 wounded in Manchester, England last night, two Philly groups with connections to the British city will hold a solidarity vigil for the victims.

Police say that Salman Abedi, a 22-year-old British man whose parents had emigrated from Libya, detonated a homemade bomb outside an arena where an Ariana Grande concert was ending around 10:30 p.m. last night. People who attended the show – many teenagers and children – were making their way to a nearby train station when Abedi allegedly detonated the bomb in a public concourse, killing himself in the process.

The Philly vigil will observe a brief moment of silence at 5:35 p.m. – will which mark about 24 hours since the attack occurred.

The groups are seeking people from Manchester to speak at the vigil. Those who are interested should message the MUFC’s Facebook page.