Should We Encourage the Idea of Cole Hamels Returning to Phils?

The Phillies legend and World Series MVP said this week he wouldn’t rule out a late-career revisit — but he'll be 36 by the time he hits free agency. 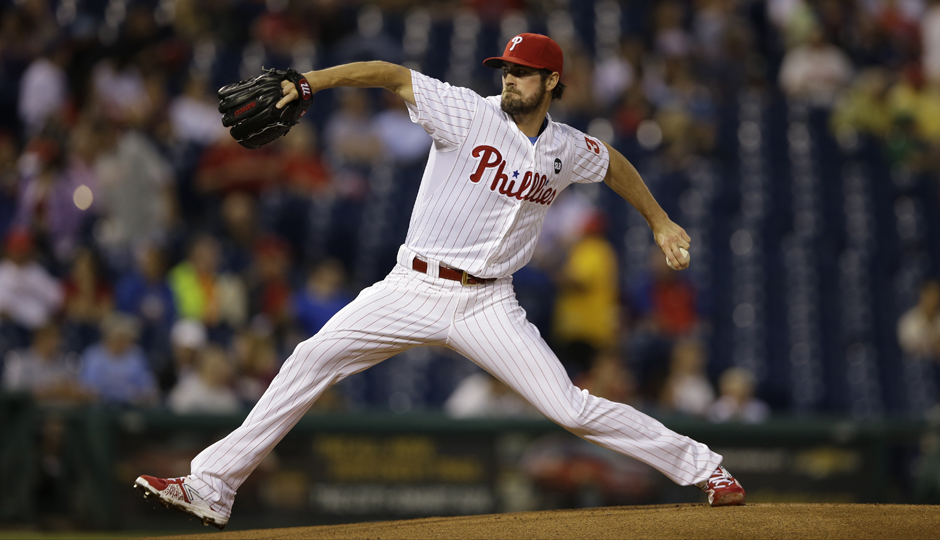 The Texas Rangers completed their sweep of the Phillies on Thursday afternoon, but our old friend Cole Hamels wasn’t the one silencing our bats — he had to sit out the series due to injury. That’s a shame: It would’ve been fun to see Cole pitch, even as an opponent, although a real return to Citizens Bank Park certainly would be even more ideal – as he himself mused to reporters this week.

With Texas being an American League team, the Phillies won’t play the Rangers again for another three years, which means we’ve likely missed our window for seeing Hamels pitch on the road in Philly until at least 2020. (He’s signed through next season, with a club option for 2019.)

But what if he comes back to pitch for the home team instead of as a visitor when he becomes a free agent? When asked, the 2008 World Series MVP said he wouldn’t rule out playing for the Phillies again in the not-so-distant future.

It could be a shrewdly opportunistic move for Cole to end his career in Philadelphia. With all of the talented youth on the Phillies right now and the team’s loaded farm system, expectations are to have a winner on the field come 2020. Hamels would fit right in as that wily veteran to put us over the top, à la Jamie Moyer – or perhaps Larry Andersen, with his two tours of duty for the Phils, is a better comparison.

“When we played there, we just saw the constant boos of former players,” Hamels said. “We’re like, ‘Oh, that [stinks]. Don’t want to come back here.’ Then to see the turn, that’s what is great about Philadelphia sports fans. If you make the right type of impact, you last forever. That really does mean something.”

Cole will be a Phillie forever. He’s made enough of a lasting impact to be considered one of us, but he’ll be 36 years old during the 2020 season. Who knows how much he’ll have left by then? Either way, it’s important to respect our legends, and we’ll roll the dice on bringing one of them back home any day.