Doobie’s Shut Down by the City

The owner of the venerable Lombard Street watering hole says she hopes to reopen on Monday. 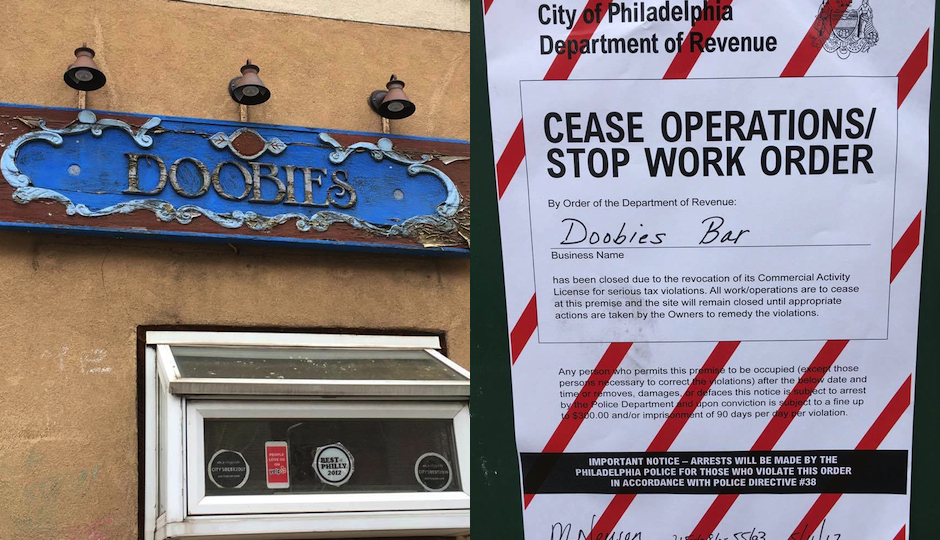 This sign was spotted on Doobie’s on Friday afternoon.

If you’re thinking of heading to Doobie’s after work for a cold one, think again: The city has shut down the popular neighborhood tavern at 22nd and Lombard streets.

The Department of Revenue’s “cease operations” sign was spotted at Doobie’s on Friday afternoon. We spoke with owner Patti Brett, who says that the whole thing is over some delinquent liquor taxes. She adds that she hopes to have Doobie’s open again on Monday.

There are also some $62,160 in unpaid real estate taxes for the building where Doobie’s is housed, with some of those taxes and liens dating back to 2011, but Brett says those delinquencies have nothing to do with the current situation.

Doobie’s is a great bar. We gave it the Best of Philly Dive Bar award a few years back. And so we hope that Brett is able to get everything cleared up. If so, we’ll see you there for a drink on Monday.