The facility, which is widely protested by immigrants' rights groups, was thrown into the national spotlight by Sen. Bob Casey last week. 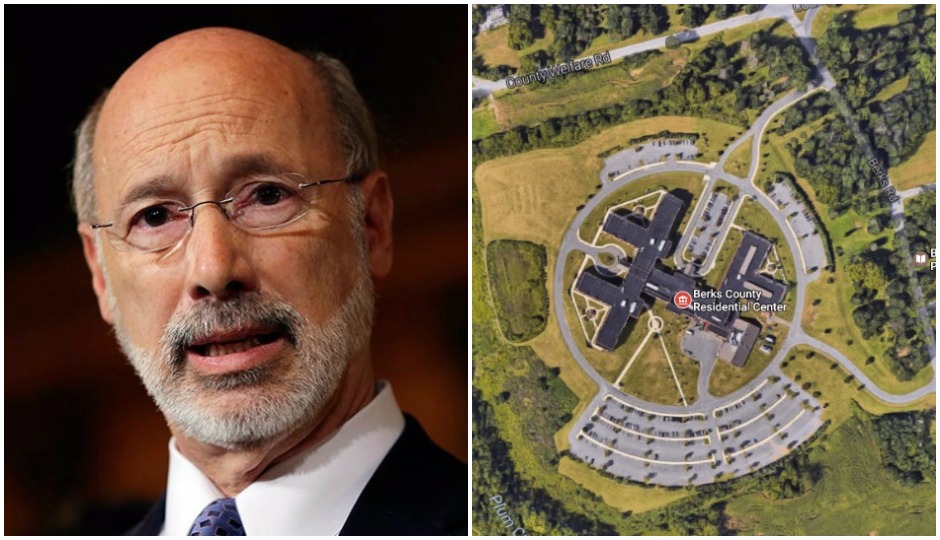 The contentious Berks County Residential Center, located about 75 miles northwest of Philadelphia, is one of three facilities in the country (the other two are in Texas) where the federal Immigration and Customs Enforcement agency holds undocumented immigrant families.

The institution is widely protested by immigrants’ rights groups that claim detainees (especially children) are subjected to neglect, intrusive security and physical, mental and sexual abuse. The center was thrown into the national spotlight last week after Sen. Bob Casey tried (and failed) to intervene when a detained mother and her five-year-old son were deported to Honduras, despite the fact that the son was potentially eligible for special immigrant juvenile status.

In January of 2016, The state Department of Human Services revoked the center’s license on the basis that the license permits “residential treatment for delinquent children,” not immigration families seeking asylum. But late last month, an administrative judge within the department overruled that decision.

Now, through a petition for reconsideration, the Bureau of Licensing (which is within DHS) has requested that DHS Secretary Ted Dallas revoke the facility’s license. NBC10 claims that a source said that should DHS revoke the license, ICE would only be permitted to detain families at the Berks County facility for five days. The average stay for women and children is about 18 months, according to the news organization.

“Governor Wolf has repeatedly urged the U.S. Departments of Health and Human Services and Homeland Security to consider community-based options to serve these families whenever possible,” Wolf spokesman J.J. Abbott said in a statement. “He believes that the center should no longer detain these families and his administration continues to pursue the revocation of their state license. In the mean time while that litigation is ongoing, DHS will continue to conduct regular inspections of the BCRC to ensure the safety and well-being of the women and children at the facility.”

Dallas has 30 days to consider the appeal or 15 days to appoint a designee to grant or deny the reconsideration. If the center’s license is revoked, Berks County could challenge the appeal in Common Pleas Court.

The facility currently houses about 50 immigrants – and more than half are minors. Last year, 22 migrant woman at the facility went on a hunger strike to protest its conditions. That was several months after a 40-year-old guard admitted he sexually assaulted a 19-year-old Honduran woman who was being detained at the facility.