This Philly Woman Is Making Documentary About India’s “Marriage Cops”

She's already shot more than 100 hours on the subcontinent. 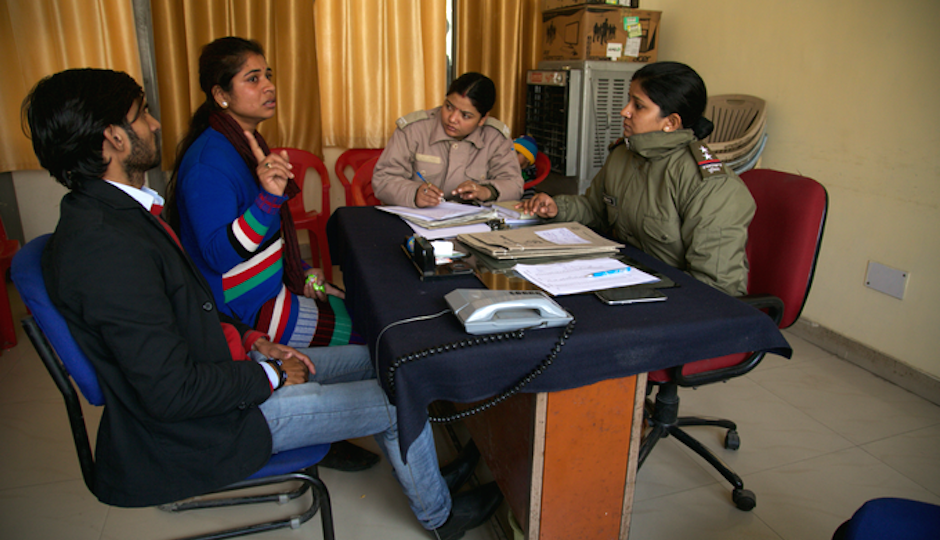 A woman and her husband talk to the marriage cops.

When you and your spouse have a big problem that you can’t resolve, you might go to a marriage counselor or just get divorced. But that’s not so simple in a place like India. So one town came up with a novel idea: Marriage cops. South Philadelphia filmmaker Cheryl Hess stumbled upon these female police officers who resolve marital problems, and now she’s making a documentary about it. Her team currently has a Kickstarter campaign going to finish the editing, and we called Hess and asked her to tell us all about it.

You’ve lived in Philly for the last 20 years, so how the heck did this Marriage Cops thing come together?
My friend Shashwati Talukdar is a filmmaker who went to Temple with me, and she’s from India, and we’ve always wanted to do something together. But most of the films that come out about women in South Asia tend to be victim films. We wanted to make something that’s not. And then we heard about the marriage cops, which are in the town that she was born in.

So is this, He won’t put the toilet paper on the roll correctly? Or is it really serious stuff?
This is a very tricky line for us. There are very serious issues, but at the same time, we have light-hearted moments in there, so it’s not a complete bummer. And there’s a certain absurdity to the whole thing as well.

Why did they come up with these marriage cops?
It’s hard for a Western audience to understand. There’s no culture of divorce. There’s no culture of marriage counseling. It’s just not a thing there. So in some ways, the phrase we use is the weapons of the weak. This is far from perfect, but this is the thing that might be able to help you. If you get divorced, you’re stigmatized. You’ll have to get a job, so you can’t take care of your children. So now you have this outside authority telling your husband to stop hitting you or to give you money to buy clothes for the kids. Or to stop gambling. This is the means that you pursue when it’s all you have. 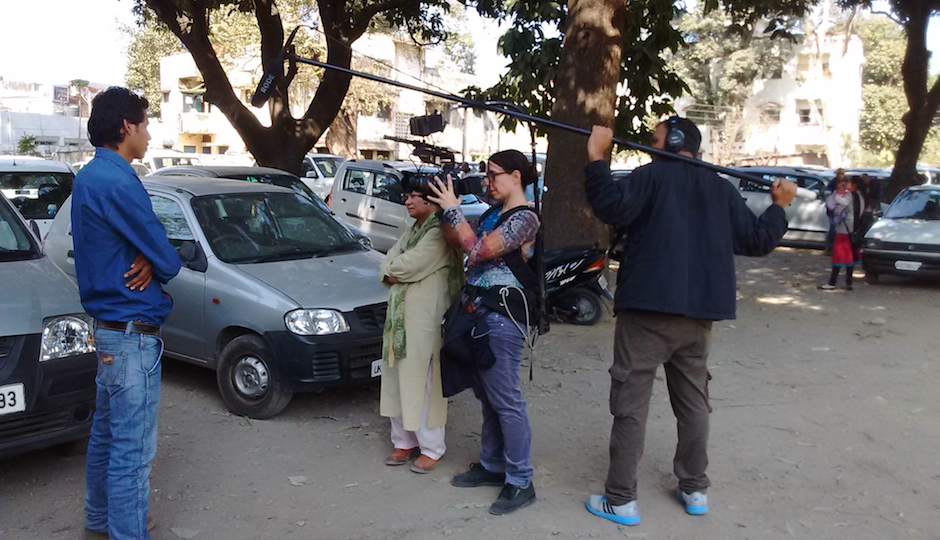 Is this system actually fair or is it still rigged against the women as with many things in India?
I think it is fair, because you have women who are in charge. These women cannot solve the greater issue of a woman’s place in Indian society, and one could say that you’re putting Band-aids on societal issues. And that’s actually true in a way. But if what you can get is a Band-aid, then that’s what you take. They have the authority to say: How much money is in your pocket? Give it to her. And I’m going to check back in with you in three weeks to make sure you gave her more. But it’s not like they’re going to throw him in jail if he doesn’t. But it can help.

Watch the trailer for the documentary:

I can’t believe these people actually let you film them talking about their dark marital secrets. I would have turned around when I saw a camera in the room.
It took us a year to get permission from the police and then we had to get permission from each couple as well, which was tough. We’d get one party and then the other one shows up and says no.

Does all of the footage come from the police station? Or do you actually follow these people around?
Yes, we went home and followed up with them in some cases. We checked in with them after they visited the cops. But we don’t have any happy endings.