What I’ve Learned From Philly’s Homeless

Success stories, unseen hierarchies, and the surprising generosity of Philadelphians. 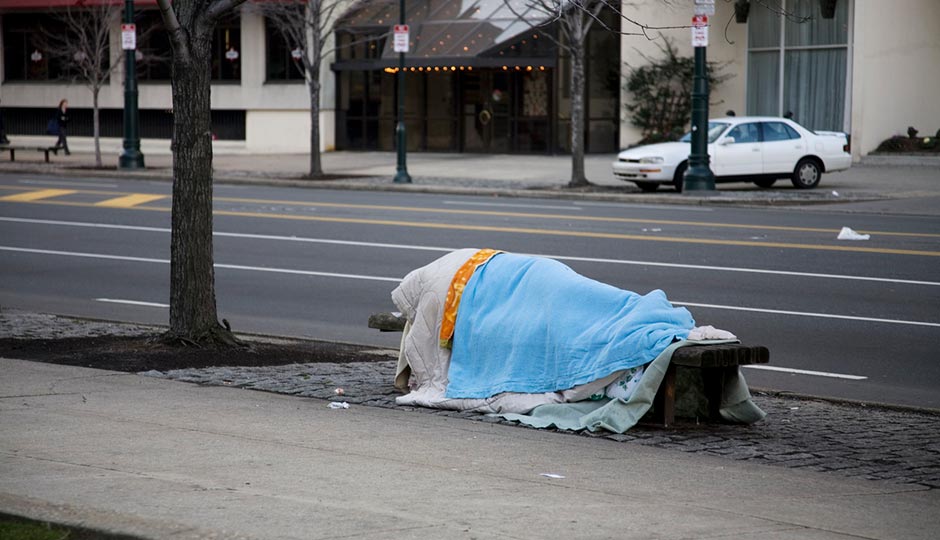 When I tell people that I’m working on a book about the homeless, most are curious to know what I’ve discovered while tracking five homeless men and one woman in the Riverwards area of the city.

I’ve accompanied them during walks around the city and listened to their stories and complaints about store managers and the police. My book includes a number of homeless success stories: how Jesse, who used to walk in traffic with his “Anything Will Help” sign, later got off drugs and returned to school. In one chapter I tell the story of Karl and Amber. Karl once had a lucrative career as a young filmmaker in Los Angeles, got hooked on drugs, and wound up on the streets of Kensington, where Amber works as a prostitute.

I tell the story of a former U.S. marine who came to Philadelphia from Virginia, where he was once a respected EMT/firefighter. There are stories of families, of distraught mothers who will go to any length to locate their “lost to drugs” sons or daughters.

I track the homeless as they hold the doors for customers at local convenience stores, witnessing firsthand an invisible homeless hierarchy: If you’ve been panhandling in one spot for five years, it’s a certainty that you are going to operate the doors with an air of privilege (proving that anyone can feel privileged, not just white men).

During my travels, I met Mark, who has been working the Wawa doors for five years — so one might say that he’s one of the privileged ones. Mark can make as much as $40 a day working the doors. Whenever he sees a homeless newcomer working in his place, he gets up in his face.

Inevitably the newcomer slinks away to wait out Mark’s shift. In the meantime, other homeless drift in and stand on the sidelines waiting for a chance to take Mark’s place. Challenging Mark to share the door is an iffy proposition —
Mark’s penchant for street drama is legendary.

Karl, who hails from the Main Line, knows all about working the doors. He tells me how the women homeless generally station themselves along the front of the store but rarely work the doors themselves. The women’s panhandling style is generally more conversational than the men’s. The women will walk and talk with people and occasionally whisper, “Do you date?”

The homeless who get squeezed out of working the doors are forced to find other locations, like the Rite Aid in my Fishtown-Richmond neighborhood with its outdoor phone charger. Other homeless drift to the smaller Wawa near Allegheny Avenue, while others stand in the front of Dunkin Donuts. Dunkin Donuts is not a good money venue, but it works as a gathering spot. Other homeless make their way to the 7/11 at Front and Girard.

Karl says that the homeless who work the trains rarely work the convenience stores. Working the trains takes personality and the ability to speak (or mumble) in public. You also have to have a story (“I was robbed at gunpoint and have to feed my five children who are waiting for me in a motel room,” etc.) If you embarrass easily or are shy, you won’t do well: All those commuters staring at you and analyzing your clothes and thinking those thoughts. Many of the train homeless think they are better than the convenience store homeless in the same way that those addicted to Xanax think that they are not as bad as “those scrappy heroin users.”

As one train homeless guy told me, “I would never, never stand outside a store and beg.”

I learned that theft among the homeless is rampant. Clothes and blankets are stolen, although the most sought-after objects are cellphones. Thefts often occur at night when the victim is asleep. I’ve heard stories about how the most secret of secret stashes — belongings and such — are discovered and raided by other homeless. When a homeless person tells you that they just got a new phone, you can almost hear the clock ticking to the hour of its theft.

Most of the homeless praise the generosity of Philadelphians and say that they expected the opposite to be true when they first started to panhandle. After all, Philadelphia can be a hard city, and for the homeless it is even harder, especially when police and others tell you to leave the premises. Hardboiled homeless have told me how touched they are by the “good people in this city” when it comes to gifts of money, pizzas, cheese steaks, salads and bags filled with deodorant, laundry detergent, shampoo, toothpaste and socks.

After WWII, the homeless populations in American cities were mostly confined to skid-row areas. Philadelphia’s skid row or tenderloin district (on Vine Street from 8 to 11th Street), as it turns out, was much smaller than the tenderloin districts in most other cities.

In 2017, however, nearly every city neighborhood has its own skid row.