Still shut out at Cooperstown, baseball's Hit King is at least getting a nod from the team he helped lead to the 1980 World Series. 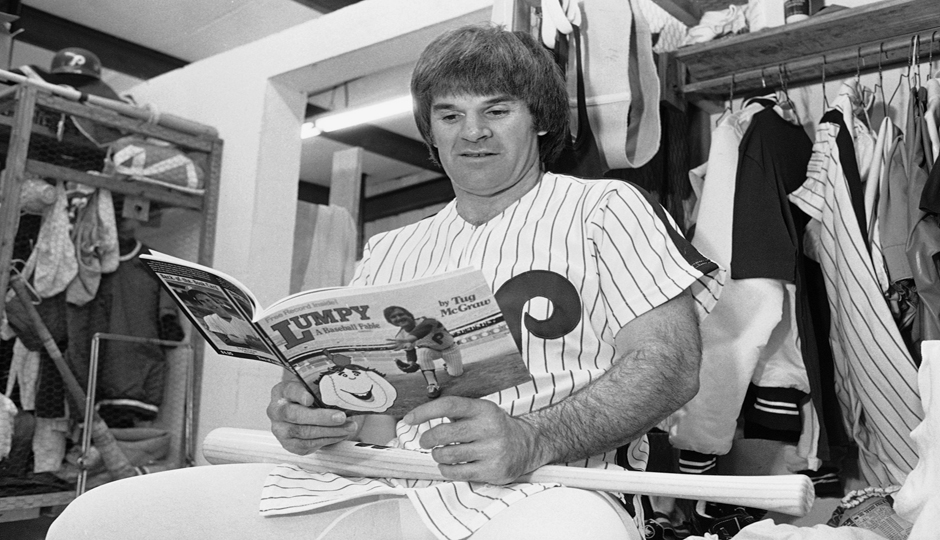 The Phillies announced on Monday that Pete Rose will be honored on August 12th as the 39th inductee into the franchise’s Wall of Fame, in his first year of eligibility.

In August 1989, then-Major League Baseball commissioner A. Bartlett Giamatti (yes, Hollywood actor Paul’s father) placed Rose on the permanently ineligible list amid accusations that the Hit King bet on games while serving as manager of the Cincinnati Reds.

That ban had kept Rose from receiving his proper due until a recent change of heart by current commissioner Rob Manfred, who paved the way for Charlie Hustle to be honored by his former teams.

As Rose eloquently stated to 97.5 The Fanatic in March, Rose had “3,166 hits … or something like that” by the time he arrived in Philadelphia as a free agent in 1979. He was a battle-tested veteran tasked with whipping a group of underachievers headlined by Schmidt, Bowa and Luzinski into world champions.

“They’re a great club, and I have a lot of friends on it,” Rose said during his introductory press conference when asked why he signed with the Phils. “I’ve said all along that I preferred an offensive team and a contending team.”

While the Phillies were certainly contenders throughout the latter half of the 1970s, they lacked that certain punch needed to get over the hump. Rose, ever the spark plug, provided just that.

Although he went just 6-for-23 in the 1980 Fall Classic, Rose cemented his legacy in this city when he made a heads-up play on a foul ball bobbled by catcher Bob Boone and then bounced the ball off the Vet turf like it was made of rubber.

Rose hit .291 over five seasons in Philadelphia and was a four-time All Star in red pinstripes. He played with the heart and hustle that was already his hallmark, captivating a new audience on the way to what is now rightly being recognized as a legendary Phillies career.

Now that the wait for the Wall is over, another may commence. What gaudy Phillies hat will Vegas Pete wear to the ceremony?