Here’s Why the NFL Draft Requires So Many Street Closures

A city spokesperson explains how a three-day event will clog traffic for nearly a month. 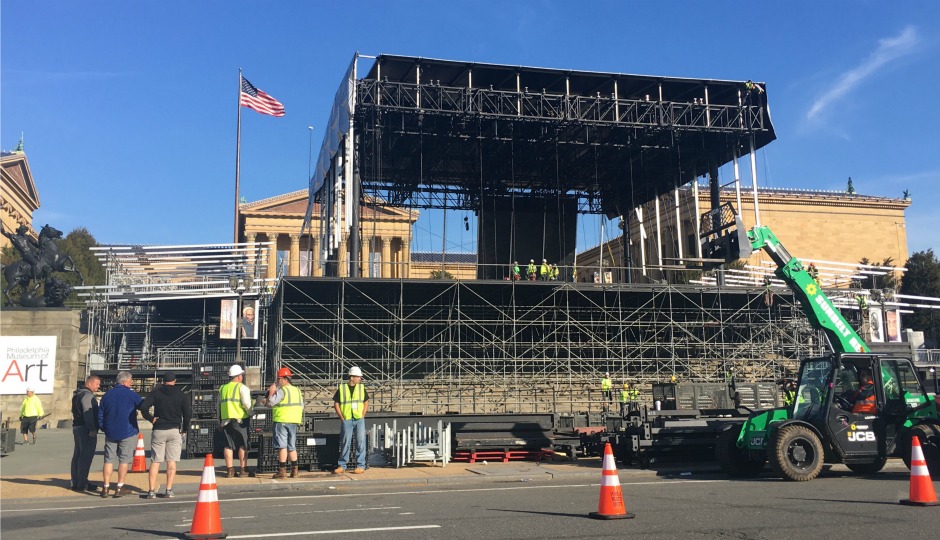 The 2017 NFL Draft Experience will occupy the Benjamin Franklin Parkway, Eakins Oval and the steps in front of the Philadelphia Museum of Art (a.k.a. the Rocky steps) between April 25th-29th. But somehow the city has planned a month of street closures – no kidding.

Road closures and parking restrictions for the football event kicked off today – and if you’re not happy about them, you’re not alone.

Hey Jaws…thanks for all the street closures around Art Museum. #NFLDraft pic.twitter.com/bKWRaAcYi2

This is absurd!!!! Hey @NFL you know there's a a sports complex for this crap?? #nfldraft #nflsucks #ihatefootball https://t.co/LCINvOd0kD

Why a month of closures for a three-day event? We were scratching our heads, too. After all, the Made in America festival – which will return to the Parkway this Labor Day Weekend, by the way – takes considerably less time to set up. In 2016, street closures for MIA kicked off less than a week ahead of the festival and lasted just several days after it ended.

Road closures for the NFL Draft, on the other hand, will stick around until May 7th – more than a week after the festival ends! It sounds ridiculous, but according to city spokesperson Lauren Hitt, it’s not. We reached out to Hitt to ask what the deal is with all the closures and parking restrictions. Her response?

“The short answer is that the NFL Draft Experience includes numerous large structures,” Hitt said. “So the physical build out requires far more time than it does for MIA.”

If you’ve visited the art museum recently, you’ve probably seen the massive stage that’s taken over the Rocky steps. The stage is just one of the structures that, according to Hitt, requires an involved set up.

More info from Hitt on the street closures:

“The City was extremely conscious of how this would effect residents – which is why you see this build happening over so many phases – we wanted to minimize the impact as much as possible. In developing the road closure plan for Draft, the City met repeatedly with the Parkway Council, the Logan Square Neighbors, Park Towne Place complex and the Fairmount Civic Association. We remain in constant contact with [representatives] from each of these organizations, as well as individual institutions, the Philadelphian and Park Towne Place via both email and phone. (We are also providing key members of each of the organizations listed above with a direct number to someone in the City command area to troubleshoot day-of issues).

Based on resident and business feedback, we coordinated with C3 and the NFL to produce as tight of a closure timeline as possible considering the size, scope and complexity of the build. We are still pushing to tighten windows wherever we can.

We know this is an inconvenience for residents and we appreciate their patience. They are encouraged to take advantage of this free, family-friendly event or, if you’re not a football person, nearly all of the cultural institutions around the Parkway will be open and offering special deals and hours.”