Prepare for Travel Madness on the Parkway This Week

The 2017 NFL Draft begins on Thursday – but the worst bulk of road closures is about to kick in. 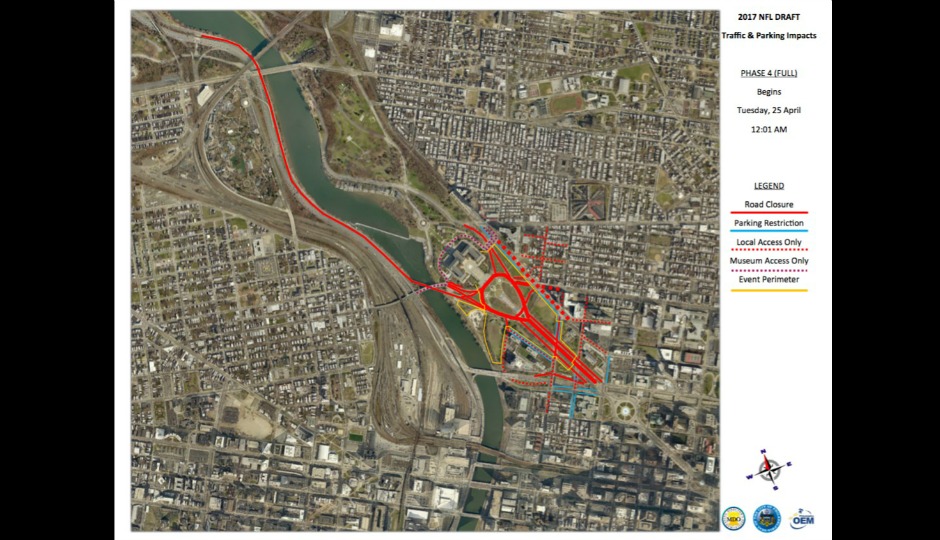 We told you to start planning for the 2017 NFL Draft Experience earlier this month – and hopefully you paid attention. The biggest – and worst – bulk of street closures will kick in tonight and tomorrow – and they’re sure to cause traffic snarls, congestion, bike-lane detours and headaches galore.

The three-day football festival will run between April 27-29th, and it’s expected to bring as many as 200,000 people to the Benjamin Franklin Parkway and Eakins Oval. To put things in perspective, Pope Francis’s 2015 visit brought about 142,000 people to the Parkway, according to crowd experts.

The road closures have been rolling out in multiple phases since April 10th, and they’ll last until May 8th. Here’s what you need to know, per the city’s official list of street closures:

Between April 24th and May 1st: 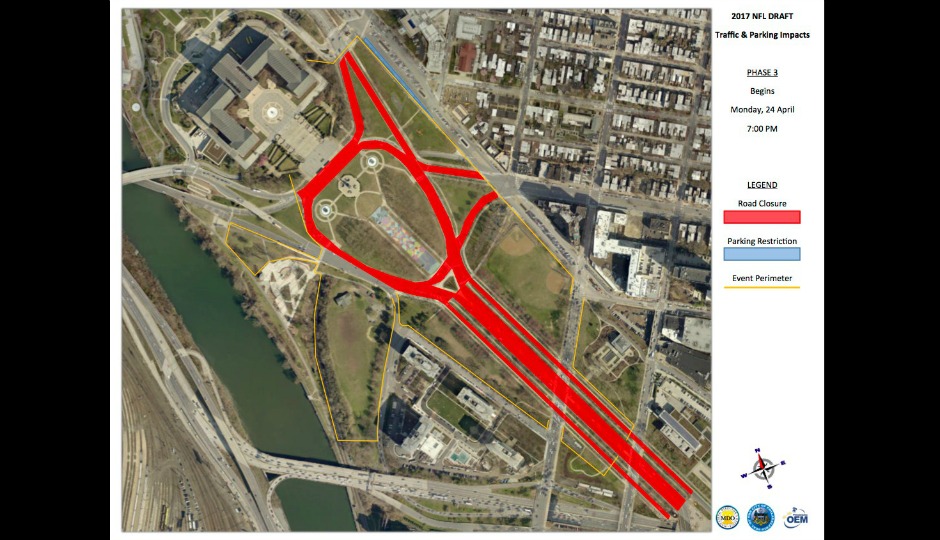 Between April 25th and May 1st: 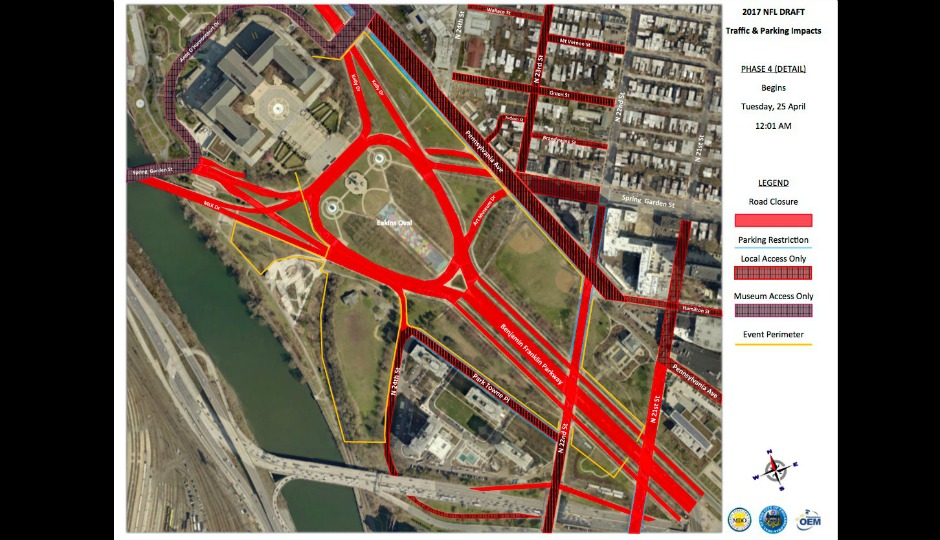 Between April 5th and May 8th, parking will not be permitted on: 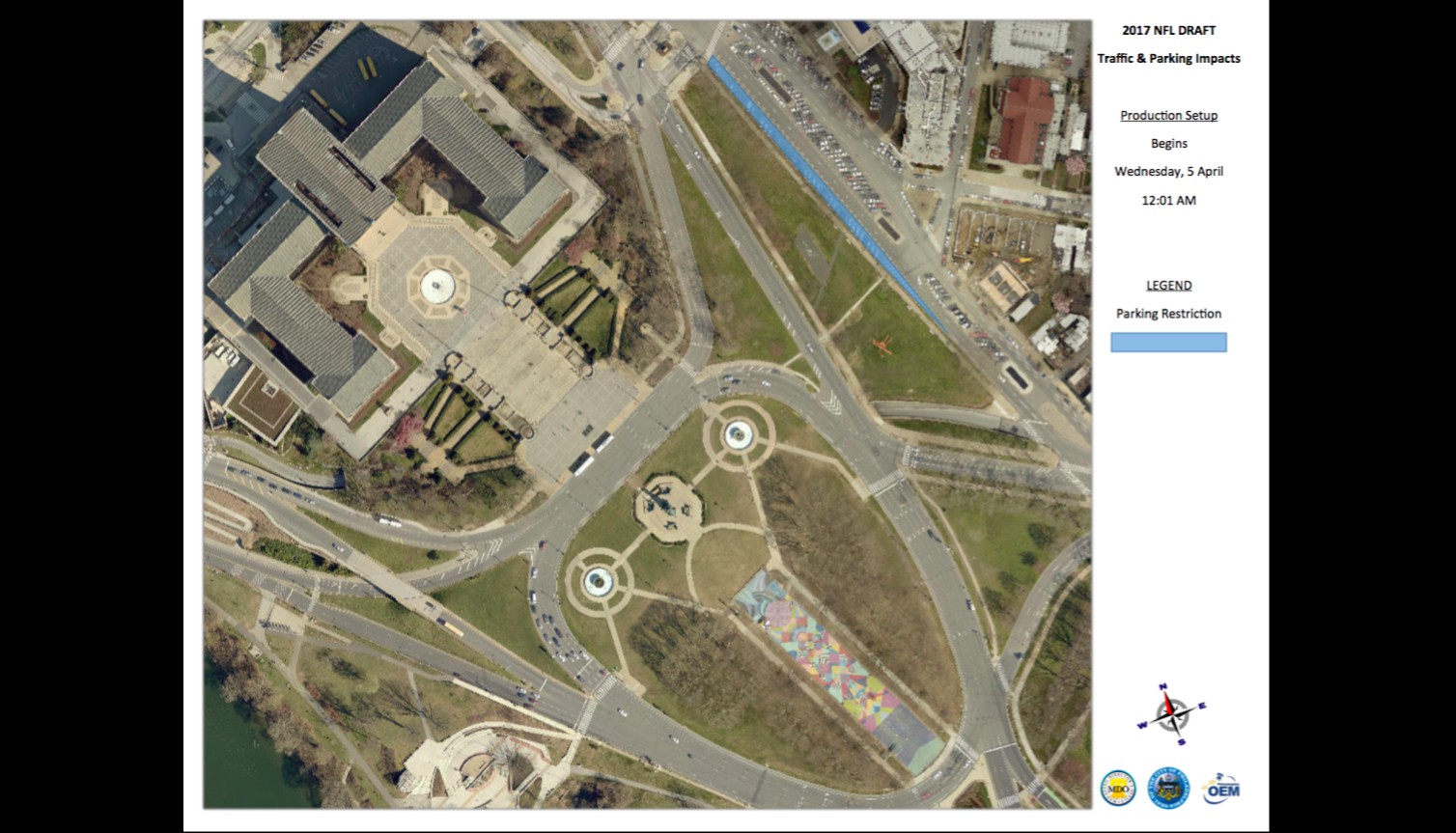