Some of the money came from the estate of a priest named as a child abuser in the infamous 2005 grand jury report. 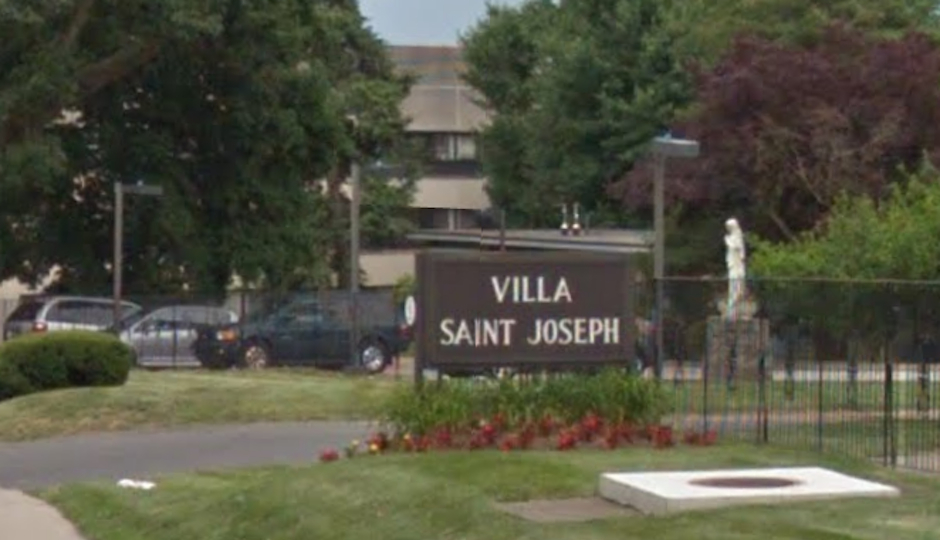 Villa St. Joseph in Darby, Delaware County, where William Dombrow is still employed as the rector. At least for today. (Google Maps)

It’s not every day that a person charged with a federal crime picks up the phone, so Wednesday was a bit unusual in that regard. We called Villa St. Joseph, the Archdiocese of Philadelphia’s retirement home in Delaware County, to find out whether administrators there had any comment about the charges against the home’s rector — and the rector himself picked up the phone.

“I don’t have any comment about that,” Monsignor William Dombrow told us before ending the call.

On Wednesday, the United States Attorney for Philadelphia charged Dombrow, 77, with four counts of wire fraud, alleging that he fraudulently diverted $535,258 in funds to an account at Sharon Savings Bank under his control. The scheme allegedly took place between 2007 and 2016, all while Dombrow was a monsignor in the Archdiocese of Philadelphia and the rector for Villa St. Joseph, where good priests go to retire and priests who have admitted to committing sexual abuse have been sent for a “prayer and penance” program.

According to prosecutors, the funds in question came primarily from estates and life-insurance policies. They were supposed to be directed to accounts under the control of the Archdiocese and Catholic Human Services, but instead, Dombrow allegedly took them for his personal use.

The $14,410 check was a payment from the estate of Francis P. Rogers. Rogers’s name is significant, as he was one of the priests named in the infamous 2005 grand jury report in Philadelphia. The grand jury found that the church received “a litany of verifiable reports” that Rogers had sexually abused children. Rogers died in 2005, while he was a resident at Villa St. Joseph.

“Last summer, the Archdiocese of Philadelphia was alerted to irregularities concerning a bank account connected to Villa Saint Joseph in Darby, Pennsylvania. The Villa provides licensed nursing care and housing for retired and infirm priests of the Archdiocese.

“Upon review of information supplied by the bank, this account was immediately frozen. At that time, the matter was referred to law enforcement by the Archdiocese and Monsignor William Dombrow’s faculties as well as his administrative responsibilities were restricted. Throughout the investigation, the Archdiocese has cooperated fully with law enforcement.”

This is a developing story and may be updated throughout.