"This is awful," says Dolphin owner Avram Hornik. "We are taking this very seriously." 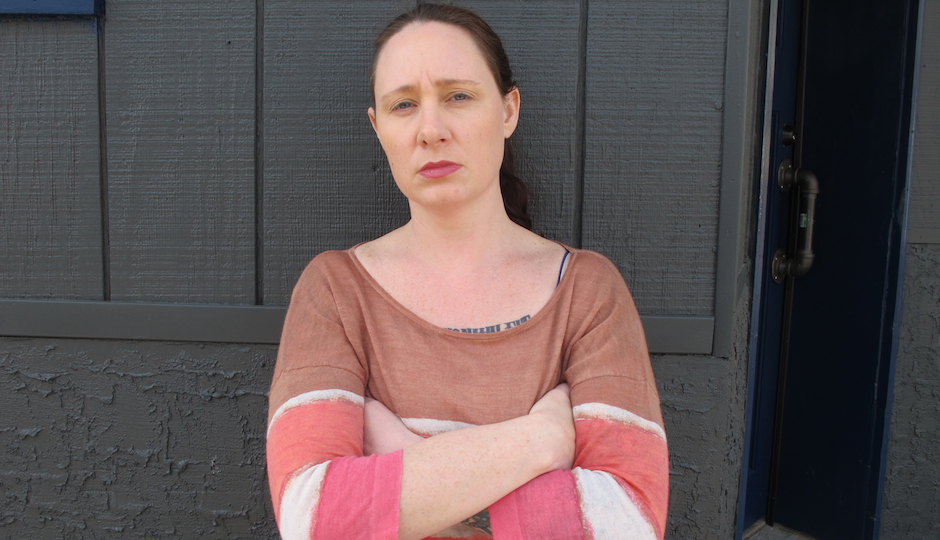 Philadelphia restaurant owner Heather DeRussy is one of the seven women who claim they were drugged at the Dolphin in South Philadelphia. (Photo by Claire Hoffman)

UPDATE: The Philadelphia Police Department has launched an investigation into these drugging claims at the Dolphin. For the full story, click here.

Heather DeRussy is a married mother of five who owns two bar-restaurants in Philadelphia. She enjoys a drink or two after a busy day at work. But on one recent night when she stopped off at the Dolphin in South Philadelphia to relax, things didn’t go as planned.

On Saturday, March 4th, DeRussy believes she was drugged at the Dolphin, the South Philly bar transformed by Philadelphia restaurateur Avram Hornik from a seedy strip club into a trendy nightclub. It’s a bar that she’s no stranger to. She knows some of the staff there.

She says she sat down at the bar around 11:30 p.m. and ordered a drink and a glass of water. She wasn’t planning to stay long, since she had to be up for work the next morning, but she needed to unwind. A personal matter had her upset, and she wanted to blow off a little steam.

“I probably looked like an easy target,” DeRussy tells us. “The upset girl sitting at the bar. I got up and went to the restroom. When I got back, I got one more drink, and my last recollection is just before midnight. Everything went black.”

She woke up the next morning with no memory of what happened after midnight.

Throughout the next day, DeRussy tried to make sense of what happened. She says she wasn’t drinking at work, didn’t take any drugs — at least not voluntarily — and she’s certain that she only ordered the two drinks at the Dolphin before the lights went out.

Had she had a lot to drink that late at night, the next morning would have been rough. But DeRussy says she had no hangover of any kind. This lack of a hangover is consistent with someone who has been drugged with GHB, commonly referred to as a date-rape drug.

DeRussy is not alone.

The facade of the Dolphin. (Photo via Google Maps)

PHILLY MAG HAS SPOKEN WITH FIVE WOMEN, DeRussy included, who believe they were drugged at the Dolphin over the last three months. Their stories are similar. They ordered drinks. They stepped away at some point or turned their back on their glasses. And then, at some point soon thereafter, everything went blank. There are also two other women who have made the same claim, and there are reportedly more victims out there, including two men.

“I feel like this is an issue that got a lot of attention five or ten years ago, but that people have kind of forgotten about it,” one of the five women we spoke to told us. (DeRussy is the only one who allowed us to use her name.) “I wound up in a completely different part of South Philly. And I’m still unsure if I was raped.”

One of the accusers posted about her experience on a South Philadelphia community Facebook page.

“PSA, my friend and I were drugged at the Dolphin last week,” she wrote. “BE VIGILANT, HOLD YOUR DRINK, REPORT SCUM, LOOK OUT FOR EACH OTHER. A girl who seems wasted may have much more going on in her system than too much alcohol.”

None of the women we spoke with say they were sexually assaulted, although some aren’t sure. And none of them went to the police.

Their reasons for declining to contact police are varied. One said that she likes the Dolphin and didn’t want to bring any negative publicity to the bar. “I don’t want the Dolphin’s reputation to be diminished,” she said.

Another told us that she just wanted to get on with her life.

As for DeRussy, her reasoning is a bit more complicated and sad.

She says that three years ago, she was sexually assaulted by an acquaintance. As Philly Mag has confirmed, she made a report to police, who interviewed the man. No charges were filed.

DeRussy claims that police didn’t believe that she was sexually assaulted and told her it sounded to them like she just made up a story to cover for cheating on her husband.

“So why the fuck would I go to the police again?” she says. “They didn’t help me three years ago. Women file reports like this all the time with police, and all they get is victim-blaming and slut-shaming.” 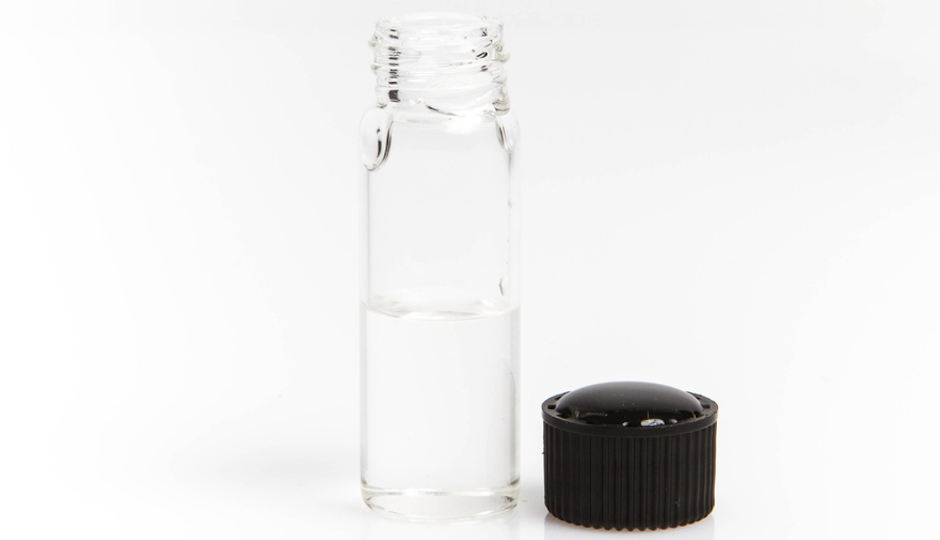 A vial of liquid GHB. (Image via iStock)

“SHE IS ABSOLUTELY RIGHT,” says Trinka Porrada, a former LAPD narcotics detective and the founder of the GHB Project, an Arizona-based organization dedicated to preventing incidents like these and advocating for the victims.

“Would you want to walk into a police station and say, ‘I don’t know but I was out drinking last night and I think someone drugged me, and maybe someone had sex with me, I dunno’?” asks Porrada. “Not many people want to do that.”

Porrada says that during a hospital stay years ago, she struck up conversations with doctors, nurses, and other staffers about the subject. She claims that she spoke with 16 people who believed they had been drugged or knew someone who had a similar story and that not one of them had spoken with police.

Porrada adds that there are as many as 50 date-rape drugs out there, with GHB being the most common. Victims of GHB-drugging don’t pass out and fall on the ground — they simply don’t remember anything. They can carry on a conversation. They might seem relatively normal to friends or bystanders.

And even if DeRussy or the other victims from the Dolphin had gone to police, it would probably have been too late.

As Porrada explains it, GHB is undetectable in blood after four hours and in urine after 12 hours. So, if a person is drugged with GHB at a bar at 9 p.m. and wakes up the next morning trying to figure out what happened, by the time they piece it together and get to the hospital or police station, there would be no proof. Some drugs stay in the system longer.

Porrada says that the best chance a victim has is to go to police as soon as possible and demand a urine test.

“If you have to, just find a paper cup, pee into it, and hand it to a detective,” she suggests.

GHB and drugs like it are frequently used prior to a robbery or sexual assault, but none of the women we spoke with believe they were further victimized. So we asked Porrada what the motive could possibly be.

“Some people just have a perverse mentality,” Porrada observes. “Or maybe they are testing out their tool to see what happens to plan for a future crime. Also, keep in mind that some women who have been drugged and raped don’t realize that they’ve been raped. And, of course, some people are just cruel.”

“I think it’s just someone who thinks it’s funny,” says DeRussy. “People are fucked up.” 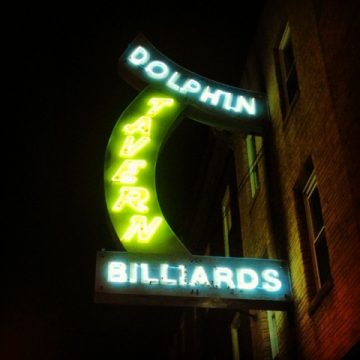 “THIS IS AWFUL,” says Hornik, who also owns Morgan’s Pier on the waterfront and a beer garden in University City. (He was previously involved with Union Transfer, Boot & Saddle, Lucy’s Hat Shop, Bar Noir, and Loie, among other establishments.) “We are taking this very seriously.”

When reached for comment on Tuesday evening, Hornik said that he was unaware that there were any accusers out there other than the woman who posted on the South Philadelphia community Facebook page in January. That woman spoke with Hornik and the club’s manager, and Hornik made some immediate changes to the bar.

First, he reconfigured the bar. Previously, the Dolphin had a large oval bar with lots of seating, and given that it gets very busy, the bartenders would frequently have their backs to one section of the bar.

After he learned of the January accusation, Hornik moved the bar against a wall and significantly decreased the seating so that the bartenders are facing the customers most of the time.

“The only time they aren’t looking at the customers is when they are operating the cash register,” Hornik says.

But that’s assuming that the suspect is a customer.

Given that these incidents took place on different nights over a few months, the possibility must be considered that the perpetrator is an employee. Hornik is adamant that this is not the case, telling Philly Mag that no one who works for him would ever do something like this.

Another change was to the water service at the bar. Prior to his conversation with the one victim in January, there were water pitchers on the bar that customers were welcome to serve themselves from.

“It was suggested that someone might have been roofying those water pitchers,” says Hornik. “So we got rid of them.”

But both of those changes took place before DeRussy walked through the door on March 4th.

“If I knew there were these other people out there, we would have done a lot more,” says Hornik. “We are going to decide the appropriate action. I’ve never experienced anything like this before. Our customers’ safety is our number-one priority.”

After he spoke with us on Tuesday, Hornik says he called his local police precinct about the issue. He’s asking any victims to call Special Victims Unit at 215-685-3251 to report what happened to them at the Dolphin.

Two of the women we spoke with say they’re considering it.