From the Archives: Our Exit Interview With Chuck Barris

We interviewed the Lower Merion native in 2003. 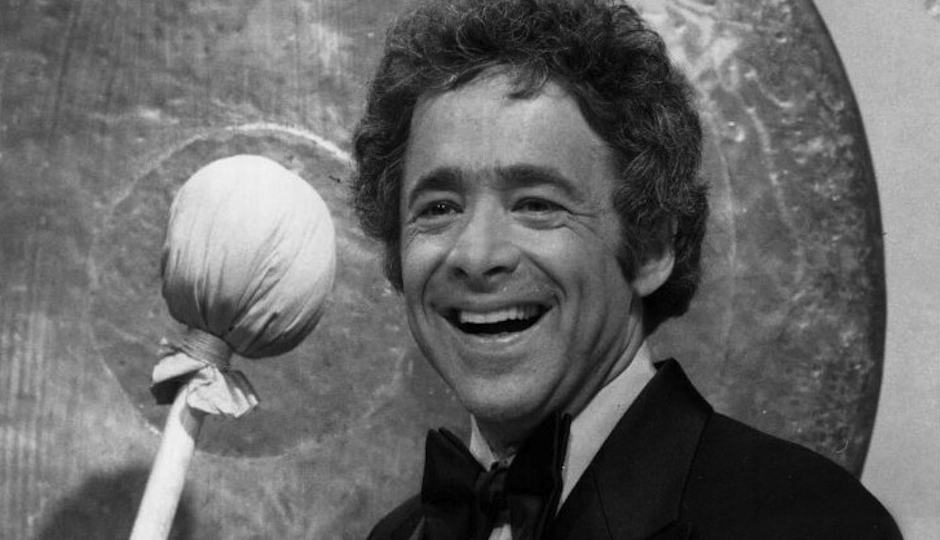 With news that Chuck Barris has died, we delved into the archives to find this amusing interview that Barris did with former Philly Mag writer Richard Rys.

The back page of each Philly Mag edition was once known as the “Exit Interview,” a Q&A with a famous (or at least semi-famous) Philadelphia ex-pat. In January 2003, we chose Barris, whose life had just been documented in the movie Confessions of a Dangerous Mind.

Original text from the January 2003 edition of Philly Mag:

GEORGE CLOONEY NEEDED A SCRIPT FOR HIS DIRECTORIAL DEBUT. He fell in love with Confessions of a Dangerous Mind, the life story of Chuck Barris–the Bala Cynwyd-bred, mallet-wielding madcap host of The Gong Show, creator of The Dating Game, and hit man for the CIA (or so he says).

Barris, 73, took time out from writing the sequel to the autobiography that inspired Confessions to talk candidly about his TV career and his film, which opens locally on the 10th. As for people he supposedly iced in the name of our government–well, that’s another story.

PHILADELPHIA MAGAZINE: What are your memories of growing up here?
CHUCK BARRIS: They’re the best. I lived in the suburbs through high school. Once I got into the city, I loved it. When I was in California, I would miss Philadelphia something terrible. I would call information in Philly just to hear the information lady talk, because she had such a Philly accent.

PM: What kind of student were you at Lower Merion?
CB: I could have been great, but I was just lazy. I had an uncle who went to Drexel, and he got me in on all sorts of conditions.

PM: Was your time at Drexel more like The Dating Game or The Gong Show?
CB: I used to perform at the Grand Hall, where all the students would gather. I guess that’s when the ham came out the first time. The next time was when I did The Gong Show. What I should have done was look at myself at the Grand Hall and realize I should never go in front of a camera, just stay behind it where I was safe. But I didn’t, and the rest is history, because I became a raving idiot.

PM: Does any one show stand out?
CB: When we auditioned for The Gong Show, the number of people who would sing “Feelings” was remarkable. One day I decided to do a show entirely of acts that did “Feelings.” I thought that was hysterical. It was about the third act into the show that they realized they were all singing “Feelings.” Marvin Hamlisch bumped into me a hundred years later and said, “I’ll never forget that show.”

PM: When your shows were at the height of their popularity, you took a lot of heat from critics for corroding our culture. Today, the door you opened has led to Jerry Springer and The Bachelor. Do you think the critics were right?
CB: I took an immense amount of heat, so out of line compared to what they do today. We couldn’t say “God.” We couldn’t say “toilet seat.” We couldn’t say “make love”; we had to say “whoopie.” The far right was all over us, and the critics would crucify us. After a while, they got to me, which was, in retrospect, really silly. You know the old thing, “If you can’t take the heat, get out of the kitchen”? Well, I got out of the kitchen, but I should have stayed in it.

PM: Now, there’s a real nostalgia for those shows.
CB: The reaction today is remarkable. I went to a dinner and there were all these sports stars–David Cone, Derek Jeter, John McEnroe. When they introduced me, I got one of the biggest hands of the night. I didn’t know if anyone knew I was still living.

PM: In your “unauthorized autobiography,” you go into great detail about your time as an assassin for the CIA. No offense, Chuck, but it’s hard to imagine the Gong Show guy as a government-trained killer who rubbed out more than 30 people.
CB: Well, I’ll never tell anybody about that, including you, including my wife.

PM: But it’s in the book. Didn’t anyone have a problem with you writing about your undercover missions?
CB: I can’t talk to you about it. Whenever I get to that point, the interviews come to a screeching halt.

PM: I think I hear the brakes right now. What if the President called you for help in taking out Saddam or Osama–would you come out of retirement?
CB: I wouldn’t answer that question. [laughs]

PM: So how did George Clooney end up making the film about your life?
CB: In the last few years, either a great director pulled out, or a great star pulled out, or the money pulled out. Mike Myers, Ben Stiller, Nicole Kidman, Johnny Depp … George Clooney hung in there and asked if he could direct it. He got Julia Roberts and Drew Barrymore, and finally put the picture on film.

PM: You’ve got some high-profile local pals, too: Ed Snider, Pat Croce, [former Philadelphia police commissioner] John Timoney. Any good dirt on these guys?
CB: John always takes part in this Irish musical in South Philly. I went down there last time he did it and took pictures–he’s got this Irish cap and knickers on. So when he was trying for the job in L.A., I sent him copies of the pictures and said, “If you get the police commissioner job, you better hire me as your PR guy, or I’m going to release these to the press.” He didn’t get the job, so it wasn’t a problem.

PM: What’s ahead in this second coming of Chuck Barris?
CB: That’s tough. What will I do in February, when all this is history? I don’t really have any desire to go back into television. If the film’s a success, it could open up doors I don’t even know about. If it’s not, I’ve been there before. But I ain’t gonna quit.